A Blank Slate: Advance Base, March 16 at Rozz Tox 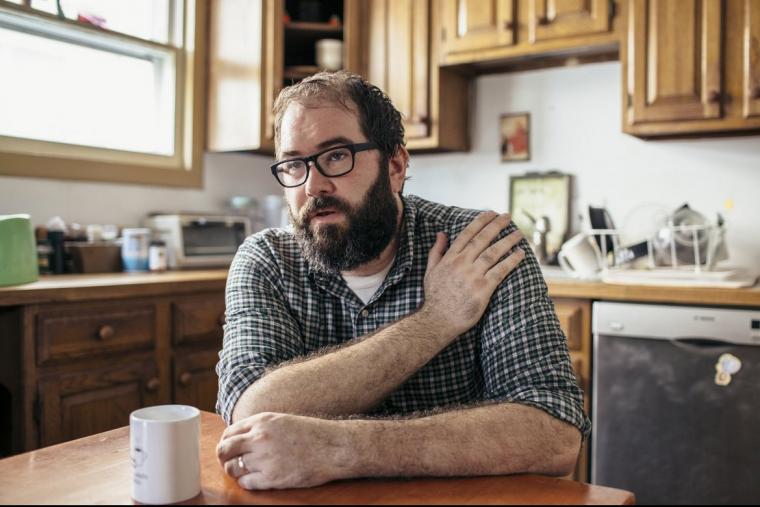 When Owen Ashworth dissolved his solo project Casiotone for the Painfully Alone after more than 10 years, he set out to start anew.

“I liked the challenge of starting over and just writing a whole new set of songs and seeing what a blank slate would feel like,” he said in a recent phone interview.

With his new project Advance Base, Ashworth started with little idea what it would become. He and some other musicians played as a band at the start, but logistics with bandmates proved too difficult to schedule a tour. So Ashworth took the project on the road alone – while still recording with other musicians.

Although Advance Base eventually became another Ashworth solo vessel, the music is decidedly different from Casiotone for the Painfully Alone – which a local audience will hear when Ashworth returns to the Quad Cities for a March 16 Advance Base show at Rozz-Tox.

Ashworth said he wanted to make quieter, gentler music with Advance Base. The drum machines are more subtle, and songs doesn’t toe the line of dance beats like some Casiotone for the Painfully Alone music did. The simplicity of Ashworth’s electric piano and understated percussion clear a path for the stories he’s telling.

And the songs are coming from a different place than in Casiotone for the Painfully Alone.

“I feel like I started drawing more directly from personal experiences and not really feeling a need to create fictional characters,” Ashworth said.

He said the shift in songwriting is likely a result of getting older, because the change came organically. Nephew in the Wild, Advance Base’s 2015 full-length album, takes place in a state both near and dear to Ashworth, crafting vignettes of life in Michigan covering 30 years. Although Ashworth is not from Michigan, the 39-year-old songwriter said he plays shows in the state frequently, with its proximity to his home base Chicago. Many of his friends are also Michigan-based musicians.

On the album, Ashworth creates a portrait of small-town Midwestern living. He sings in a low near-drone about snow melting, walking to the park, and pickup trucks sitting in driveways. The album is filled with scenery familiar to Midwesterners.

Getting lost in these images and feelings can stir up nostalgia, but that’s not Ashworth’s goal. In those “simpler” times he still finds plenty of darkness.

“Read your yearbooks back to front with TV on and your skirt off and counted all of your teachers who were younger than you now,” he sings in “Christmas in Dearborn,” a song about a woman coming home for the holidays.

Ashworth also pulled directly from his high-school days to describe pre-Internet life – in particular the way rumors and legends live in a small town, “the things you know about people you’ve never met before, kind of by reputation,” he said.

In “Pamela,” for example, he describes an outsize figure with “ a star and a goat on a chain at his throat. Sold acid and mescaline  but even when he was clean , he still had the smell of weed in his coat.”

But he also mines everyday life from those days. On “The Might of the Moose,” a man wrecks his car when he hits a moose and has to walk to the nearest pay phone.

In “Trisha Please Come Home,” Ashworth sings about not being able to find a friend after she left town suddenly. There’s no modern technology to easily track somebody down, so the narrator is left with a song as the only way to present his pleas: “You don’t call me ever on the phone. Am I supposed to listen to Thin Lizzy and get high on my own?”

Ashworth now devotes much of his time to his record label, Ordinal Records – whose roster includes Rozz-Tox opener Karima Walker.

But he said that doesn’t compare to the thrill of performing: “I guess there’s a real punk ethos to it, a real electric, personal connection between writing and performing a song and experiencing it in real time. It’s exciting to me.”

For more information on Advance Base, visit AdvanceBaseMusic.com.