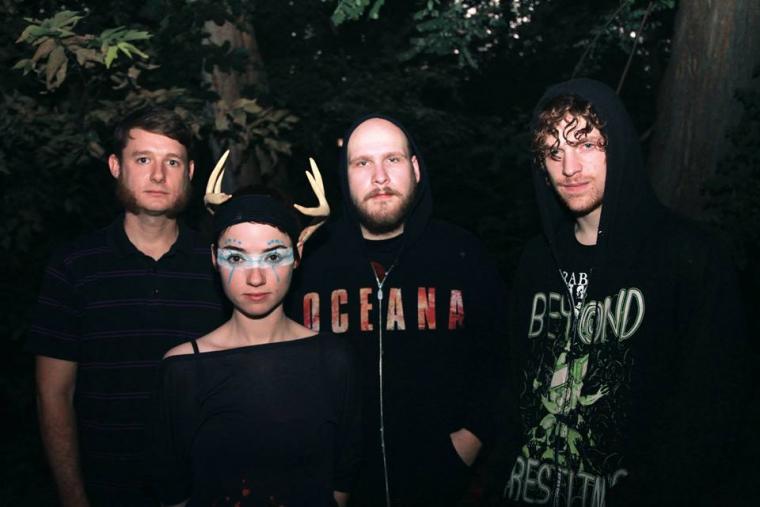 Mmmm, Memphis. Home of Three 6 Mafia, Al Green, and apparently some excellent brutal-death metal in the form of Autolith. The four piece band released a three-song self-titled EP in 2017 and have a new, proper full-length called Caustic Light landing this March. Since the latter doesn’t have any preview tracks online at the moment, we’ll have to wait to get our ears on it. If it’s anything like the band’s EP, it’ll surge out of your speakers with a level of intensity on par with a malevolent force choking you and battering you around the head with a large club. (You know, in a good way.) Autolith specializes in a brand of detuned and atonal riffing littered with tritones and moments of queasy guitar anti-harmony. The lead vocals hang over the mix as a huge cloud of barking, screaming, and generally throat-ripping savagery, running the gamut from guttural low intonations to a more high-pitched, hardcore-influenced shriek. For a first EP, Autolith shows off a surprisingly professional production standard, with well-mixed drums and guitars presented at a level of clarity that does justice to the low end and lets it properly hit you in the gut. The guitarists have a nuanced sense of tonality in general, and try on everything from beyond-twisted walls of buzzing distortion in the black-metal vein, to a more sizzling stoner-metal style, to moments that approximate those elastic, almost bouncing “ka-boing!” rhythms of bands such as Gorguts and Meshuggah (you know what I mean). Riffs ring out like massive monolithic slabs dropping from the sky and kicking up a sandstorm as they land in the desert, inspiring war for the first time among the primates gathered around to see it fall.

I often find myself wondering if there’s a better way to talk about metal this intense and willfully alienating in its heaviness than to resort to metaphor and imagery grounded in violence. I mean, I’m guilty of it (though the instances above were meant to be somewhat tongue-in-cheek), as is virtually any metal-focused music journalist. It’s built into the DNA of the genre, from the anatomical themes and disturbed album art in the catalogs of such bands as Autopsy and Cannibal Corpse to the aggression that people typically attribute to a mosh pit at a metal show. What people fail to understand is that gory imagery and mosh pits, in this context, are exactly the opposite of violence – they serve as an outlet for people to exorcise violent urges and think about that darker realm of this existence in a controlled way without being ostracized. The same goes for the music. It doesn’t feel weird to me to describe an album as, like, “a saber tooth tiger tearing your face off before stomping your body into the mud,” because this is exactly the kind of effect that bands might be aiming for: the feeling of being attacked without physically being put in danger; a brush with something scary and unsettling, conveyed only in vibrating air molecules. Does playing death metal mean that you’re a violent person? Ninety-nine percent of the time I would say most definitely not. Of course, there are exceptions to everything, but all the people I know in the metal world are kind and smart. They have an appreciation for the dark side of things but would never hurt a fly, and have dedicated themselves to their craft in order to compose and perform very intricate, deliberate compositions that channel aggression into a healthy art form. I think that’s lovely. 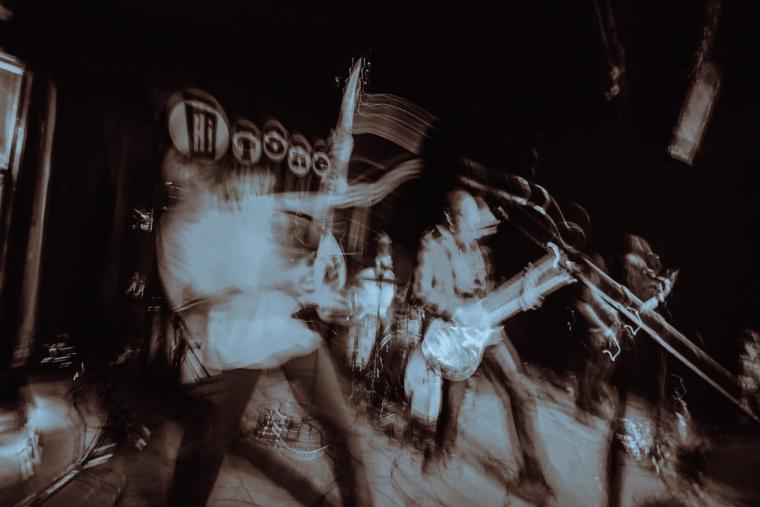 Recently, it was the 18th anniversary of death-metal godfather and Death frontman Chuck Schuldiner's passing. The man’s life and art formed a perfect microcosm of the often-misunderstood duality of metal, its fans, and its creators. As the founder of Death, we honor him as more or less the inventor of death metal, or at least one of its earliest and most consistent pioneers. With imagery soaked in gore from day one (the album Scream Bloody Gore), and music that took no prisoners in terms of its harsh vocal styles and pummeling, complex riffs, Death set an early standard for the aesthetics of the genre, and the themes that so many after would continue to explore. (Don’t worry, here comes the “but” … .) Bu-u-u-u-ut, Chuck personally couldn’t have been farther from the archetype of a violent or scary person. He was a total sweetheart, kind to all his fans and beloved by the scene as a whole. In memorials for him that pop up all the time online, some of the most common pictures people feature are ones where he’s cuddling a puppy or petting a cat, beaming like an angel. From a lyrical perspective, Chuck tackled existential questions about human nature, confronted peers in his scene over the violence or arrogance they used as shields for their own weaknesses, and always burrowed into cerebral territory well beyond mere shock value. In the track “Jealousy,” he sings, “Behind the eyes is a place no one will be able to touch / Containing thoughts that cannot be taken away or replaced,” reminding us of the sacred space within one’s mind and the autonomy that motivates each of us. An outsider might ask, “If he’s so cerebral, why does he love gore and death so much?!?” The answer is, obviously, because it’s sick, man. Next question.

Joining Autolith on the bill are the Iowan grindcore shredders of Closet Witch. Listening to their self-titled 2018 album is a harrowing and thrilling experience. In classic grindcore fashion, tracks tend to hover around the one-to-two-minute mark, and come blasting out of the gate with absolutely no wasted time or space. The band employs a slightly more scuzzy production aesthetic that lumps the guitars together as a distorted, pulsing mush, animated by rapid-fire double-kick drum lines and D-beat breakdowns. Tempos are jacked to the limit, and the band moves so fast sometimes that some riffs seem to get ahead of themselves, tumbling over their own feet to get out the door (again, in a good way). Vocalist Mollie Piatetsky isn’t afraid to go har-r-r-r-rd on the mic as she tosses out her deeply piercing, caterwauling screams that hit with enough force to be heard easily over the din of the band. You can’t help but imagine her going wild on stage before your eyes here, stalking around and throwing herself into these huge barks with her whole body. I just looked up a video of the band playing live, and I can confirm that, yes, her performing style is as fierce and full of energy as I initially imagined. One song left her curled up in a fetal ball on the ground by the end of it, having howled up 'til the last second. The whole band knows how to put on a show. Drummer Royce Kurth, especially, gets way into it, as he often leans over the front of his kit and starts screaming along with Piatetsky. As one wise YouTube commenter noted, “Someone give that drummer a mic or something cause he seemed like he had something to say.”

Autolith and Closet Witch play the Rock Island venue on March 7 with an additional set by Everlasting Light, admission to the 9 p.m. show is a sliding scale of $5-10, and more information is available by calling (309)200-0978 or visiting RozzTox.com.