Arrived in His Own Skin: Doyle Bramhall II, April 14 at the Redstone Room 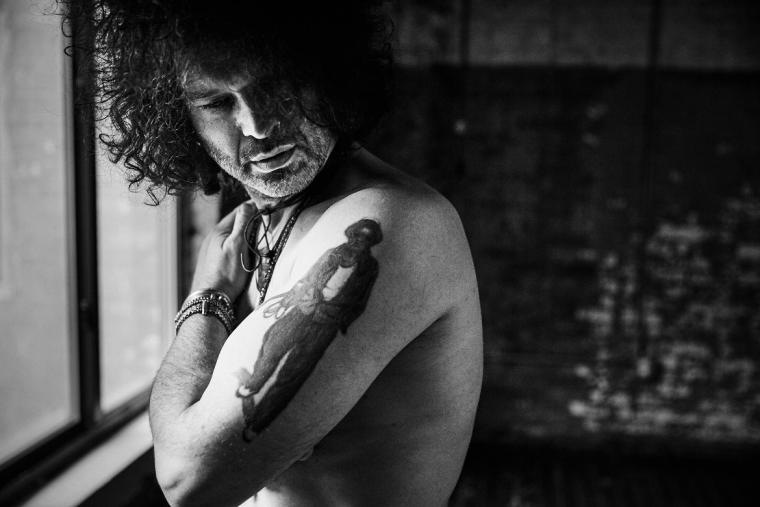 There’s a seemingly obvious reason Doyle Bramhall II was pretty much out of the spotlight between the releases of his 2001 album Welcome and last year’s gorgeously mature and textured Rich Man: The dude’s been busy.

As you might guess, the real story’s a bit more complicated – and interesting.

In a recent phone interview promoting his April 14 concert at the Redstone Room, Bramhall’s explanation for the 16-year gap between albums bearing his name didn’t touch on a hectic schedule. It just took him that long to be ready. “I have arrived into my own skin,” he said. “I feel really comfortable here.”

By the time Welcome came out, the Texas-born and -bred guitarist and singer/songwriter already had an impressive career, touring as a member of The Fabulous Thunderbirds (at age 18), co-founding Arc Angels (with Charlie Sexton), and working with Roger Waters and Eric Clapton.

But until roughly 2010, Bramhall said, something was missing that kept him from going into the studio as a solo artist. “I sort of had a troubled past, and the reason I went down the road of trouble from the beginning is ... I didn’t feel very comfortable in my own skin,” he said. “I didn’t really know how to express myself in a lot of ways, and I think that music was one way, but I was pretty stifled in other ways, and closed off. It took me a long time, even though I had a career, and I raised a family, and I did all these things that on paper looked really great, and that I’m really proud of. But I also felt like I wasn’t completely, 100-percent connected to it, and I don’t know why.”

That changed on a tour with Crow, which coincided with the failure of his 13-year marriage. “I was going through a really hard break-up,” he said. “A really rough time. Not an easy separation. And ... through all the suffering through that and the painful process of that and being away from my children, I just sort of blew a fuse. But I blew the fuse that needed to be blown, apparently. My life shifted in a way that I just felt connected to everything, and felt like there was real purpose to my life, and meaning, for the first time. ...

“I was in a constant state of it [connection] from that point going forward. When my father [drummer and singer/songwriter Doyle Bramhall, who worked regularly with Jimmie and Stevie Ray Vaughan] died a year later, I was really grateful that I had had that sort of shift in my life that allowed me to be really connected and go through the process of his death. I think that if that would have happened before that, I would have really missed out on the beautiful side of the death process.”

Rich Man’s second track, “November,” is drawn from the period after Bramhall’s father died. “I had these really deep experiences after his death – immediately after,” he said. “And it lasted for a few months, where I was having conversations with him and feeling like we were finally close and able to express things that we weren’t when he was alive. When I was writing music for ‘November,’ it just viscerally felt like this is the song that needed to be for him. It felt like the music – stylistically – that we listened to, that he played for me on record players in the home.”

Bramhall said that the sea change in his life also resulted in “having more profound experiences playing live and connecting with audiences and really enjoying, for the first time, being on the road and having that experience. Fully being connected to what I’m doing, and what the participation is with the audience with me and how to connect in that way. I thought that it was time to finally do that on record.”

But the journey to Rich Man had other components. It was Clapton who pushed Bramhall to begin producing in about 2008. “I didn’t think of myself as being a producer ... ,” he said. “He had pointed out that I did have a knack for it, and that a lot of the things that I was doing in the studio with him on other records was producing. He got me confident enough to say, ‘Sure, I’ll try it out.’ And from that situation I got a call to produce Sheryl Crow and other artists. ...

“I always had to rely on other people for getting things from me, making things happen. For me to be solely the creator of something, or solely the visionary person on it, and know that I oversaw all of it, it was mine from beginning to end, was a big deal to me, because in bands I was always more of the passive person, the foil. It gave me a confidence, being a producer, that I knew what I needed to do for myself. And if I didn’t know, I would bring in other people that I knew could co-produce with me. ... I really like collaborating ... .”

And Bramhall traveled extensively – most notably to Africa – for inspiration. “I was just interested in learning about music and listening to music and being moved by music,” he said. “The kind of music that moves me, traveling to the places that I could see it firsthand. I was very lucky growing up in Austin, Texas, in the South, where I could see a lot of the blues artists that were still alive. Lightnin’ Hopkins, Albert Collins, Albert King, Freddie King. ... I sort of became only able to listen to really pure music; there wasn’t a lot of pop music that I could listen to. ...

“I just think it made my quest to see really pure music, or music in its most pure form. And that’s what I did. I traveled the world doing that. And when I finally decided it was time for me to make a record, all those influences and all those things that I’d gathered over the years were just innately in the breadth of my music.”

Rich Man does have some flourishes reflecting those sojourns. They seem undiluted in the dusty, wordless “Saharan Crossing,” while “My People” builds a bridge from its beginning’s African flavor to its meat’s blues.

But the album primarily works in sturdy, rootsy guitar rock. My favorite is “The Veil,” a break-up song with a bright groove but swells of bitterness and agitation in the chorus, smoothed over by a closing section of funk that provides some positive resolution.

That song and the album as a whole are anchored by Bramhall’s warm voice and thoughtful, full arrangements that balance virtuosity with songcraft. (Even the patiently explosive cover of Hendrix’s “Hear My Train A Comin’” that closes the album has finesse to spare.) This is part of Bramhall’s production philosophy.

“I don’t like when the recording and engineering of records ... start to get in the way of performance. Then that can be a bummer. I still don’t like to spend a lot of time getting sounds, but I do like specific sounds. So I will get the sound that I want before I start singing or playing. Because there’s no point in me playing unless I’m inspired by the sound of it.”

Given the 16-month recording process and the care with which Rich Man is performed, produced, and arranged, it’s a bit surprising that it was mostly written in the studio. “I’m constantly writing songs; I always have a stockpile of them around,” Bramhall said. “But when I started this record, I wanted to capture this time in my life, so I just went in and started from scratch. I had a few song ideas. I had a piece of ‘The Veil’ and the song ‘The Samanas’ and ‘November.’ ... Then everything else I wrote pretty much the day that I was going in the studio. I’d write a song, and I’d go and cut it.”

Another unusual aspect of the record is that once it was finished and ordered – an intuitive, quick process, Bramhall said – “I realized that it sort of told the story in the sequence that it happened in my life.”

And he said that, half a year after its release, he’s proud of Rich Man – although he credits experience as much as anything else for its strength.

“The songs are more sophisticated and more evolved than the records that I’d made [previously], just from 15 or 16 years more of living, ... traveling the world and learning as much as I can about music. Delving into all kinds of music history. It all comes back out after I take it in.”

And there’s more to come out – sooner rather than later, he said: “I’ve been writing lately. It feels like if I write stuff in whatever time that I have, as soon as I get a break – maybe at the end of summer – I can go back and record another record.”

Doyle Bramhall II will perform on Friday, April 14, at the Redstone Room (129 Main Street, Davenport; RiverMusicExperience.org). The 8 p.m. show also features Future Stuff. Tickets plus fees are $32.50 in advance and $33 the day of the show.