Arms Open Toward the Avalanche: David Wax Museum, July 13 at the Redstone Room 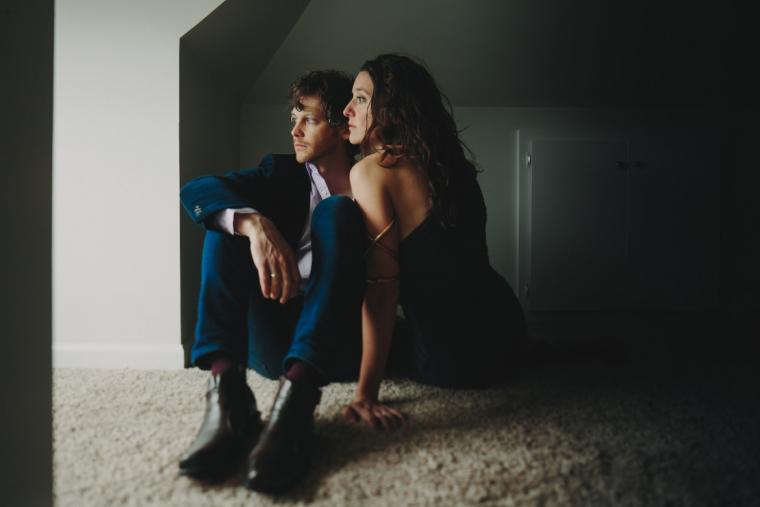 The core of the Mexican-music-influenced folk outfit David Wax Museum is the husband-and-wife duo of David Wax and Suz Slezak, and they were becoming a father-and-mother duo as their fifth album was being written.

In a phone interview last week promoting his Virginia-based band’s July 13 Redstone Room appearance, Wax said he had no intention of adding to the already-bursting new-dad-song catalog: “I can’t write that.”

And yet on last year’s album Guesthouse, there it is: the new-dad song “Everything Changes.” But it doesn’t hit the expected notes of anxiety; it squeezes them away in a giant bear hug. The line “Everything changes when two become three” would fit neatly into the genre but for the energetic treatment, with genuine joy in the south-of-the-border instrumentation and drive. And the verse lyrics hammer home the real message: “They make it sound so terrible / Nothing comparable / Barefoot on broken glass. / But we’re ready to burn the past / Not afraid to lose our grasp / Arms open towards the avalanche.”

The song neatly encapsulates the Museum. As Wax explained: “To some degree, the heart of the band is acknowledging and not shying away from the challenges of life but approaching them in a real celebratory way.” The band is a demonstration, he said, of “what happens when you bring this bright, uptempo Mexican soundscape to bear on these more-contemporary lyrics.”

“Every Time Katie” – perhaps the best song Paul Simon never made – has electronic flourishes augmenting breezy rhythms and backing vocals, with a gentle chug propelling it. But the lyrics are raw yearning: “Every time, Katie, you wear that blouse / Hanging fruit on a poisonous tree.”

On “Don’t Lose Heart,” the narrator lists a litany of problems but is buoyed by the music and a refusal to quit: “No money in the bank / No honey in the tank / No heat in the house / Small defeats but they mount / We’re barely afloat / I should care but I don’t.”

The tension between darker content and lighter texture underpins the record beyond the lyric/music dynamic. “The record felt like a little more serious endeavor,” he said. “Maybe there’s a little more riding on it. Can we keep this going? Can we keep doing this as a family? Can it be sustainable?”

Offsetting that, Wax said, was the comfort of a familiar process. “There was that heavier heart that we approached it with, but we’ve also done it enough that it’s this thing we do,” he said. “There’s less of a sense of ‘Oh, this is a make-it-or-break-it record.’ ... There’s both of those strands in the writing and in the record-making process.”

The album finds the band equally comfortable at the terminals of its sound, in both the simple folk duet “Time Will Not Track Us Down” and the nearly silly racket of the title track, whose late reveal of its earnest metaphor does nothing to bring it back down to earth.

Although Guesthouse has a more-expansive sound than previous records – the band’s roots in folk music are obscured by great bursts of pop – it retains a Mexican flavor, both in its rhythms and instrumentation. The group’s genesis goes back to a year Wax spent in Mexico in 2006 and 2007, when he was unsure what was next for him and immersed himself in the country’s music.

“I’ve known from any other time I’d spent it Latin America [that] it had been a transformative experience for me, or it had led to real dramatic changes once I got back to the States ... ,” he said. “I think I trusted that if I was totally open to experience, it would seed and something would come of it, but I had no idea what that something would be.”

He said he knew he wanted to get a band together when he returned to Boston, yet he still planned to apply for jobs and to grad school. “But I couldn’t bring myself to do it,” he said. “That was the first time where I couldn’t just will myself to do something else, or to do the practical thing. So I felt like: ‘Maybe this is my calling. Maybe I just need to follow this and see where it goes.’”

David Wax Museum will perform on Wednesday, July 13, at the Redstone Room (129 Main Street, Davenport; RiverMusicExperience.org). The 7:30 p.m. all-ages concert also features Liz Longley. Tickets are $11.50 in advance and $14 the day of the show.