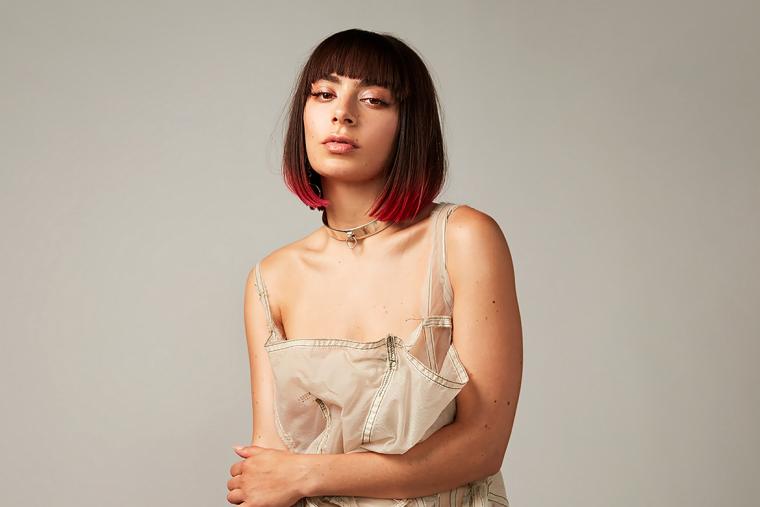 It feels gauche to compile a year-end list of music in 2020, a year in which the daily conditions of the music industry suffered a pandemic-borne cataclysm and the future of live music was subsumed into a haze of drive-in concerts and illicit plague raves. Time dilation made sure that this year felt like five years in one, and any music released before March must, by necessity, slot into some other temporal category entirely.

And yet, here we stand, casting our gaze over this calendar year, and noticing that the music that provided the most direct relief to our many woes wasn’t the sympathetic pathos of downer folk or the let's-imagine-we're-still-at-the-show excess of rock, but the marquee pop. Nothing brought more joy than plugging into a fresh drop from vocalists both above and below the line of superstardom, and letting our cares wash away through repeated hooks bashed into the dome.

Seven releases stood out within this blessed cadre of dopamine peddlers. We take a look at them now not only to celebrate the raw joy we derived from their songwriting, but to honor the fact that the art of the pop song is far from dead – it has simply morphed, as all things must, into some distinctly 21st-century amalgam of digitized human voices, high-definition production, and throbbing beats that both connect us and absent us from the world around us. I hesitate to say that these are the seven best pop releases of 2020, but they are at least the ones that made it feel the most tolerable to be a human being right now.

1) Charli XCX, how i’m feeling now. Due to all the pandemic-related press surrounding our queen Charles’ latest opus, and the conditions of its postal-service-core creation in quarantine via e-mail communication with her stable of producers, the mere fact that how i’m feeling now positively slaps with an intensity just as profound, if not more so, than her prior classics seems to have gotten lost in the mix somewhere. Carrying a standard of production that shifts the focus from pristine pop bangers into the realm of grittier, noisier production decisions, the album makes the case that Charli’s vocal melodies and hooks sit the best over more purposefully skewed beats. No song serves as a better anthem for 2020 than the majestic and fractured “Forever,” with A.G. Cook’s sublime arpeggios blasted through BJ Burton’s trademark bottom-of-the-ocean distortion tactics. 100 Gecs producer Dylan Brady brought the killer “Claws” to life with its playground chimes perfect for Charli’s sing-song melodies to drape over. We reveled in the fact that our goddess could leapfrog over any stay-at-home setbacks to deliver another masterpiece to pore over. 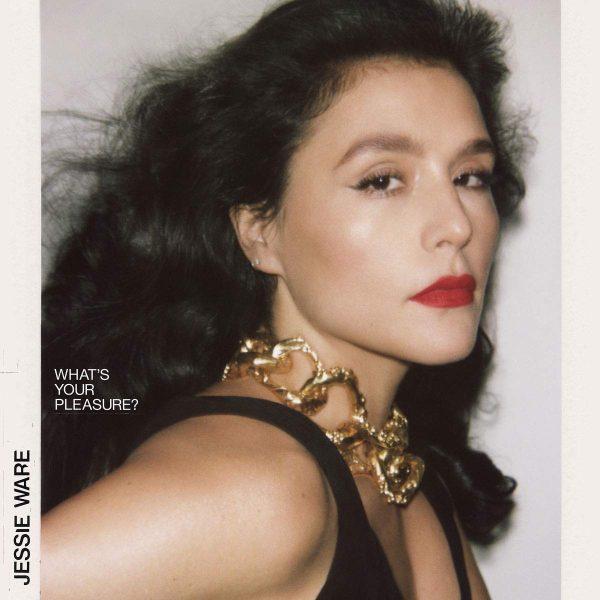 2) Jessie Ware, What’s Your Pleasure? Though Dua Lipa’s Future Nostalgia hit our disco-pop sweet spot with dead-on precision, Ware’s What’s Your Pleasure? shows the mainstream idols exactly how to exhume disco’s most body-grooving aspects into the realm of modern pop. It turns out that our pleasure is this album. Who would have thought? We would accept a feed of isolated bass-line tracks from this album alone, and still come out feeling rejuvenated, as if the dance floor was still available for us to groove over. Produced primarily by Simian Mobile Disco mastermind James Ford, who has also worked with the likes of Gorillaz and Arctic Monkeys, What’s Your Pleasure? exploded with Ware’s heartstring-tugging vocal leads, orchestral string arrangements, and a sense of absolute cool control in the face of whatever might be ailing you (take your pick). To drop the “disco” signifier appropriately in 2020 is to risk pejorative comparisons to some of the most iconic production in pop music history, and yet Ware and company pull off the homage perfectly while adding a number of eternal hits to the catalog, four decades or so removed from the source. 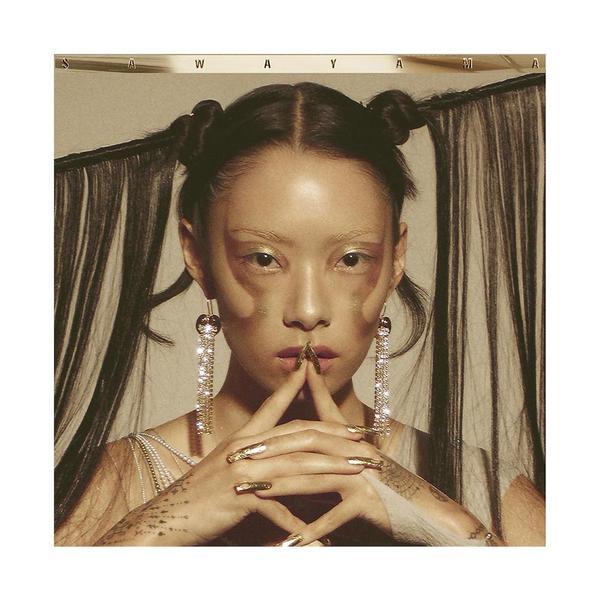 3) Rina Sawayama, SAWAYAMA. Find me another diva that can incorporate the sonic signifiers of nü-metal bands such as Korn or Deftones so seamlessly into radio-friendly pop, and I’ll eat my backwards Fred Durst-fitted Yankees cap. Rina Sawayama offered up this slab of perfectly crafted tunes that have no qualms with dropping a beyond-distorted grindcore guitar riff into the mix (see: “XS”), or incorporating the operatic grandeur and chugging power chords of Evanescence’s “Bring Me to Life” into a contemporary pop song that never strikes us as cheesy or overdone (see: “Dynasty”). The love that Sawayama clearly feels for these nü-metal touchstones perfectly complements her other widely professed main influences such as Japanese pop royalty Utada Hikaru, to the point that these seemingly disparate styles feel like some kind of logical progression for the genre's future. Then the “Paradisin’” track jumps into view, with its pop-punk guitars and mega-falsetto hooks, and we teleport back to some teenage moment gazing up at the storefronts on the second floor of the mall from the relative safety of the food court. The fact that Sawayama can complement the moments of intensity with heart-on-sleeve ballads such as the heartbreaking “Bad Friend” further attests to her control over her craft. 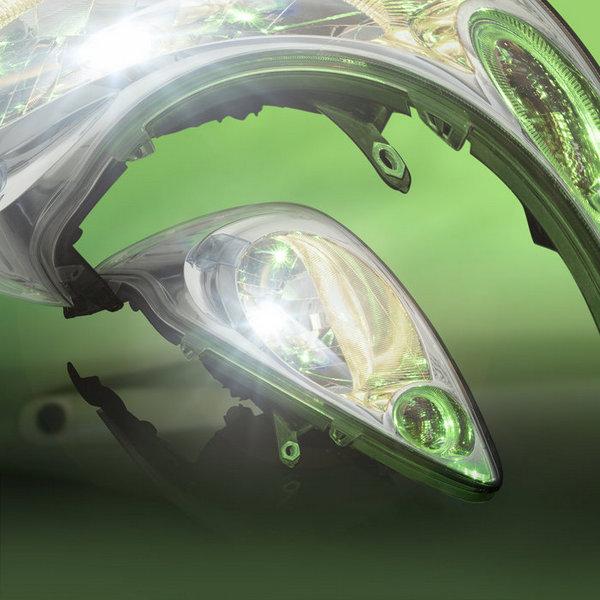 4) ML Buch, Skinned. Danish composer, songwriter, and producer ML Buch dropped a debut album titled Skinned that immediately singles her out as a talent to keep our eyes trained on going forward. With production angled primarily towards chintzy MIDI-toned instruments including retless bass and synthetic strings, Buch created a unique world of past-meets-future soundscapes that served as the perfect backdrop for her stately vocals to float through. Her live guitar performances add another layer to the mix, planting the sum total somewhere in the ballpark of emo or indie rock, and yet the composite remained purely cyborg in its construction. The majestic “I Feel Like Giving You Things” stands out as a highlight with its Imogen Heap-esque processed vocal harmonies, shedding all semblance of recognizable instrumentation to favor Buch’s gorgeous voice in many-layered choral bliss. Elsewhere, shades of Sade or Prefab Sprout appear in the minimalist bass-and-vocal arrangement of tracks such as “I’m a Girl That You Can Hold IRL.” (What a title.) 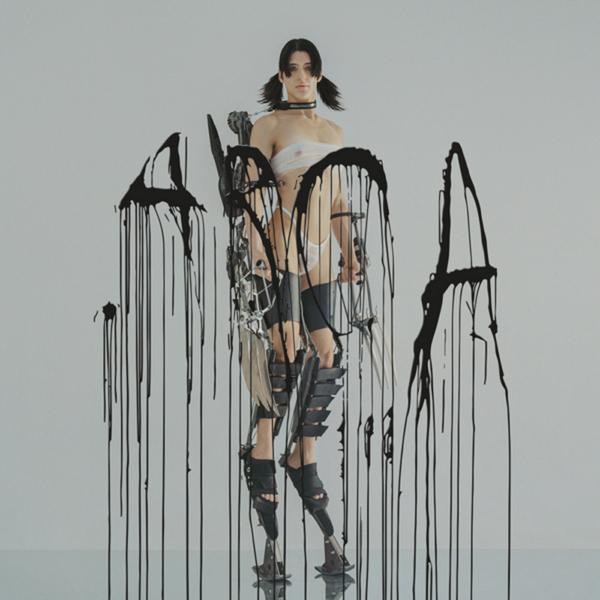 5) Arca, KiCk i. What happens when Venezuelan wunderkind and trendsetting omni-digital producer Arca decides to make a “pop” album? Though her lead vocals factored into previous albums such as her now-immortal self-titled LP, KiCk i takes the plunge into full-on diva territory. Facets of her trademark glitched-out production style pop up throughout each track in rushes of cybernetic texture, but we’re treated above all to her actual top lines and hooks, which manifest in mellifluous cascades of auto-tuned vocals and tightly tethered harmonies. Her mastery of spastic percussion programming and melting, where-did-this-come-from synthesis still appear throughout, but her ever-shifting voice keeps us rooted to the spot across each bite-sized pop track. And then we have the all-star features, from earth-goddess and now long-established Arca collaborator Björk’s soaring bursts on “Afterwards,” to ascendant Spanish pop princess Rosalía on “KLK”, to kindred spirit and fellow digital deconstructionist SOPHIE on “La Chíqui.” 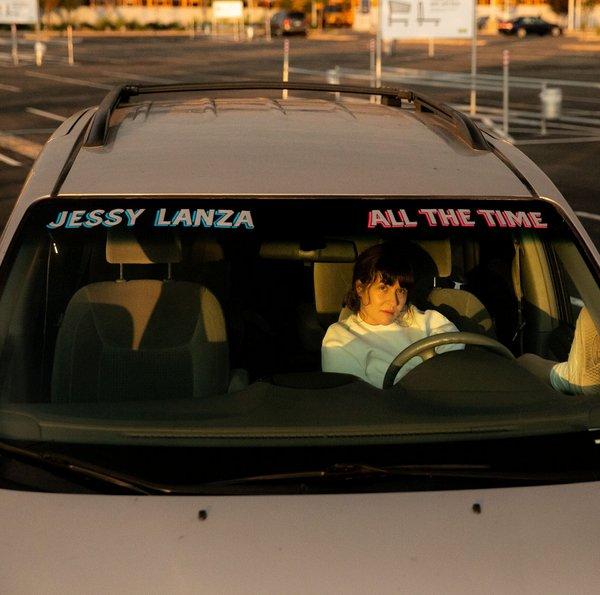 6) Jessy Lanza, Anyone Around. Jessy Lanza’s music has always split the difference between bubblegum-adjacent hooks and distinctly bumping production indebted to styles including Chicago footwork, Detroit techno, Bay Area hyphy, and L.A. bass music. Anyone Around brought her talents into sharper focus not only by way of the more concisely crafted, hook-laden pop song structures, but by virtue of the incredible detail and punch of her beats. She had clearly been woodshedding her pop songwriting chops before this one landed, and the results are plain to see in every euphoric vocal lead, every sudden left turn in mood, and every sudden onset of an ass-shaking drum pattern. Bass and drums aside, the synth melodies and incidental squishes, bubbles, and drips that form these tracks provide enough detail to sink into somewhere behind the primal draw of the rhythms. The propulsion and instant gravity of these tracks, rendered with the kind of low-end presence and syncopated sense of groove that demands a listen on a massive hi-fi system, makes us daydream about a scenario in which we could hear these tracks on a full club system, surrounded by sweating bodies, just feeling it. 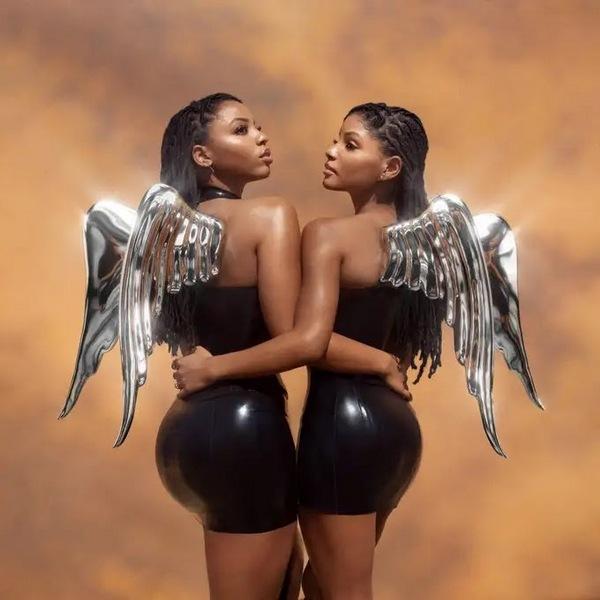 7) Chloe x Halle, Ungodly Hour. Early-20-something sisters Chloe and Halle Bailey have exerted their own pull over the trajectory of pop since being discovered by Beyoncé in the mid-2010s. With Ungodly Hour, any distant echoes of “industry plant” accusations no longer hold even the slightest drop of water. The duo’s primary strength lies in their absolute control over the way a pop song unfolds, with any given pre-chorus or verse part possessing enough detail and vocal acumen to completely blur the line between which part of the song is the hook and which part is the rarefaction. Every track on Ungodly Hour tumbles though our headphones with the type of curlicue melody that might appear in SZA’s music, twisting up and down the scale with a daring sense of melody that also seems to call back in their harmonic complexity to legends such as Stevie Wonder or, of course, Queen Bey herself. What really sets their music apart, as if such consistent mastery wasn’t enough, is the duo factor of their vocal arrangements. No lead sits alone – everything is gloriously frosted in complementary vocal layers that elevate every track to the next level of pop nirvana.