You Give a Little Love (and It All Comes Back to You): Five Favorite Alan Parker Films 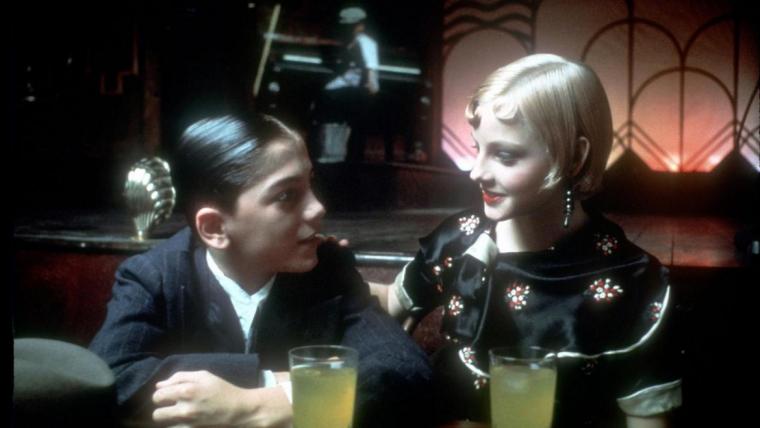 After a lengthy illness, British director and two-time Oscar nominee Alan Parker passed away on July 31 at the age of 76. At the time of his death, Parker hadn't made a film since 2003's The Life of David Gale, which isn't exactly the fondest of cinematic farewells. But he could always be counted on to get critics talking. In 1982, a reviewer called his latest work “perhaps the most revealing American movie of the era.” In, 1987, a reviewer wrote, “Alan Parker has technique to burn … and that's what he should do with it.” And it was the same reviewer.

Given Parker's wildly eclectic filmography, though, The New Yorker's Pauline Kael, the author of those quotes, was hardly alone in her love/hate. His Oscar nominations came for directing two extraordinarily divisive Best Picture nominees: 1978's Midnight Express, a Turkish-prison drama widely loathed for its racial stereotyping, and 1988's Mississippi Burning, a Deep South race-relations melodrama largely detested for its almost complete absence of Black characters. He made several movies that have slavering fans and just as many detractors: Fame, Pink Floyd: The Wall, Birdy, Angela's Ashes. He made films that no one seemed to know what to make of. (Come See the Paradise? The Road to Welville? That lunatic dramatic thriller David Gale?!)

He also directed the following quintet of titles released between 1976 and 1996 – a 21-year span that delivered three disparate musicals as well as the two recipients of those aforementioned Kael opinions. Taken together, they're five of my Alan Parker favorites. And if you start catching up on his résumé with the first one below, I should stress that very few of the others are as potentially off-putting as … 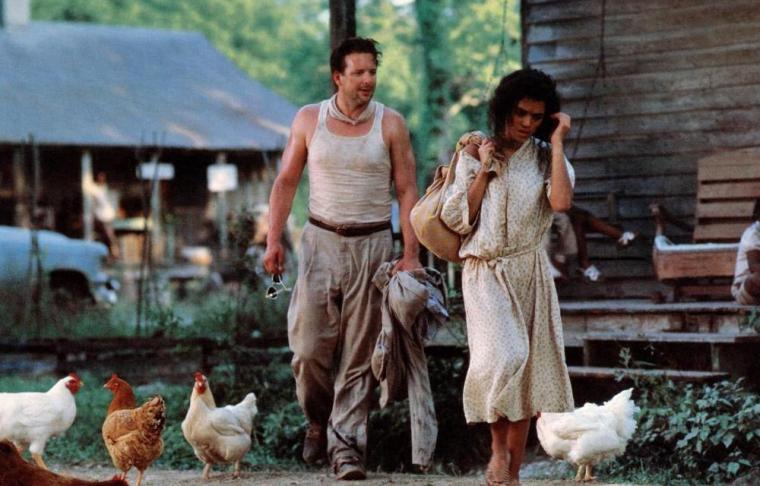 Angel Heart: It took a lot to shock jaded 18- to 21-year-olds in the spring of 1987. So when some Augustana College pals and I visited Moline's now-defunct Sierra Cinema to catch Parker's macabre mystery thriller, none of us expected to leave borderline-traumatized despite news of its racy turn by Lisa Bonet, who was then playing The Cosby Show sweetheart Denise Huxtable. (Truth be told, that was the main reason we wanted to check the movie out.) After Angel Heart, though, I think it's safe to say that the film's viewers never felt quite the same about The Cosby Show … and this was roughly three decades before the rest of America mostly followed suit, albeit for different reasons. Bonet's first scene finds her wet from the waist up in a see-through blouse. Her second has the performer practicing voodoo – complete with cascades of chicken blood – in the New Orleans woods. Her third features an extended nude sex scene with Mickey Rourke back when his heartthrob looks were just beginning to fade, with 10 seconds of their encounter reportedly trimmed to avoid an X rating. And her fourth … . Well, it's best not to get into that. Let's just say Bonet doesn't say much in it. Set in the 1950s and concerning a private eye's investigation into the disappearance of a beloved crooner, Parker's über-disturbing effort was a lot to take, with its more memorable horrors including the tarot-card reader with her heart sliced out, the man drowned in a vat of boiling gumbo, and Robert De Niro munching on a hard-boiled egg. Yet it was also gorgeously, satanically lit and queasily watchable, and a guilty-pleasure repeat viewing for years afterward. “I got a thing about chickens,” Rourke's unsettled gumshoe keeps repeating. Thanks to Angel Heart, I do, too. 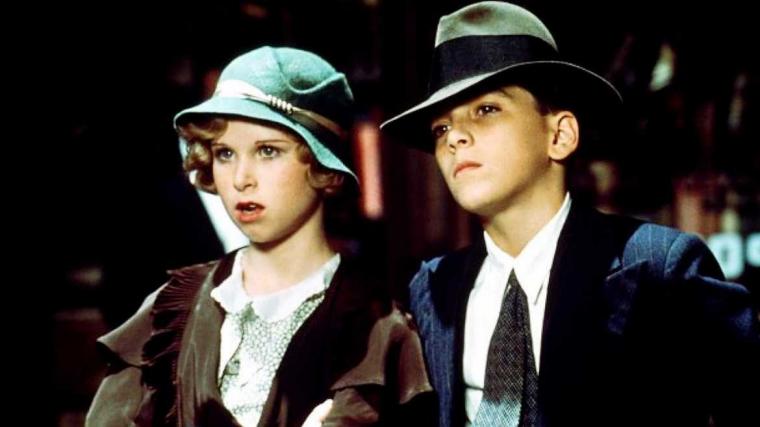 Bugsy Malone: Talk to anyone who, in their youth, was watching movies on HBO in the late 1970s and early 1980s, and you'll likely be talking to someone who adored Parker's 1976 feature-film debut – a musical-comedy take on '30s gangster flicks with every character played by teens and pre-teens and the Tommy guns firing whipped-cream ammo. What fun this was as a kid! And how freaking crazy it is now! Until I returned to Bugsy Malone a couple months ago (it's currently streaming on Prime Video), my dated memories of this singular lark felt pretty strong: prepubescents in fedoras pedaling miniature model-Ts with their feet; 13-year-old Jodie Foster vamping it up as showgirl Tallulah; the pint-sized Black pianist Razamataz – played by a Michael Jackson who isn't that Michael Jackson – crooning in the voice of white composer Paul Williams. (Nearly all the movie's singing is lip-synched by the cast but dubbed in by adults.) Whoa Nelly!, though, is this family-film experiment loony, with its murderous and adulterous situations feeling deeply inappropriate for kids, and its hard-boiled dialogue sounding distractingly silly when uttered by Scott Baio and other amateurs who don't appear to know what the words they're saying actually mean. This isn't the case for everyone, however, as John “Fat Sam” Cassini, Martin “Dandy Dan” Lev, and, of course, the preternaturally gifted Foster absolutely appear to have done their genre homework. And even when the movie is making your jaw drop out of not-always-welcome astonishment, the spirits are high and the score a definite toe-tapper, with such numbers as “Bad Guys” and “You Give a Little Love” as familiar today as they would've been when I was 12. After getting inevitably splattered, a cream-covered Foster asks, with perfect vaudevillian snark, “This is show business?” For better and weirder, it certainly is. 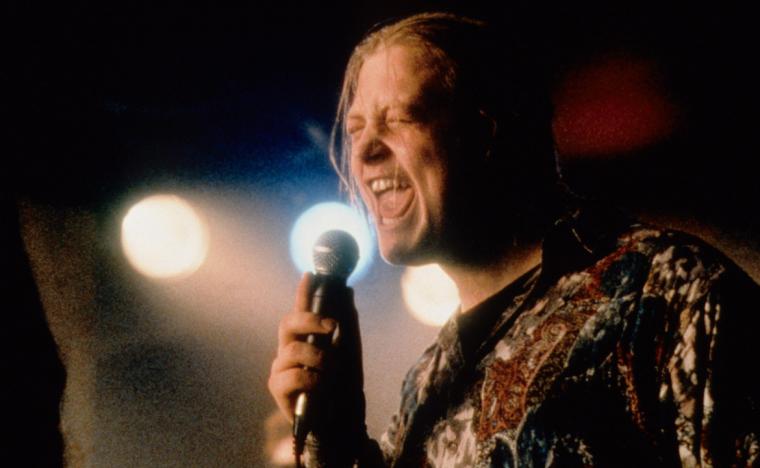 The Commitments: The first time you see him, you're kind of hoping you won't see him again. A stout 20-something who resembles the physical embodiment of “hot-tempered Irish hooligan,” Andrew Strong's Deco Cuffe strides into view with his gruff demeanor, long blond ponytail, and face that appears swollen by too many drinks and bar brawls. Deco seems like the last person you'd want headlining your nascent Irish band whose song list is composed solely of classics by noted African-American artists including Al Green, Otis Redding, Mary Wells, and Aretha Franklin. But then, in Parker's Oscar-nominated 1991 musical, Deco launches into a soul-shaking rendition of Sir Mack Rice's “Mustang Sally,” and all your preconceived notions about Deco/Strong fly right out the window. Who needs pleasant features and genial stage presence when this booming thunderbolt of a voice is knocking you silly? Plus, as it turns out, silliness is one of the film's chief virtues. Based on Roddy Doyle's novel, The Commitments opens with an aspiring manager hoping to form an ensemble of like-minded soul-music fanatics and closes with a hoped-for visit from Wilson Pickett, with plenty of wisecracking in between; if you substituted creatures made of felt for Irish ne'er-do-wells, you'd pretty much have an R-rated Muppet movie. But Muppet movies are rarely this funny and touching and never this real, and also don't boast repertoires as staggeringly well-chosen and -sung as Parker's – this might be the most sheer fun of any work on the director's hefty résumé. Among numerous highlights, the group's renditions of “Take Me to the River,” “Chain of Fools,” and “In the Midnight Hour” are magical, and the “Try a Little Tenderness” sequence is positively glorious, and may have singlehandedly accounted for the soundtrack's triple-platinum sales. Please act in films again, Mr. Strong! Even once! Musicals need you! 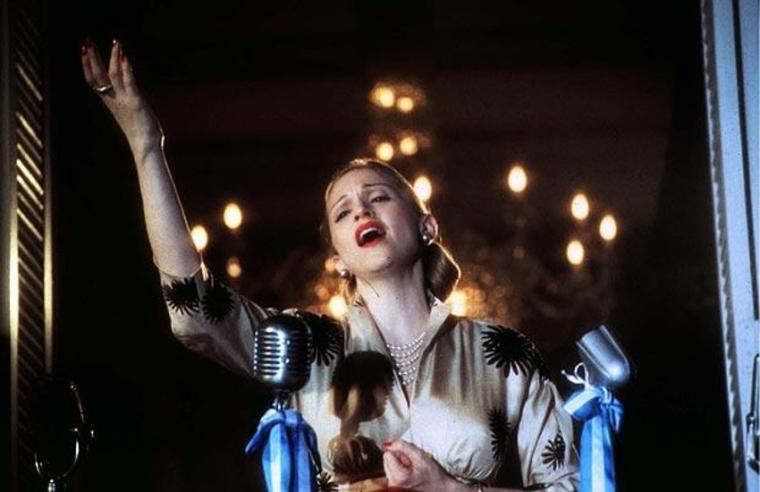 Evita: I really need to stop saying that I don't generally care for the output of Andrew Lloyd Webber. Sure, it's easy to do in the unfortunate wake of Cats, and Starlight Express is nearly as goofy, and I've never gotten on-board with that bloated behemoth The Phantom of the Opera. But Joseph & the Amazing Blah Blah Blah is a lot of fun, as are Jesus Christ Superstar and Sunset Boulevard and School of Rock. And my favorite of all is Evita, with Parker's 1996 adaptation the best-yet movie of a Webber – a film that doesn't even slightly downplay its vision of Argentinian icon Eva Peron as a pre-MTV music-video dynamo. Granted, this was bound to happen once Parker cast Madonna as Peron, and the performer turns out to be ideally cast in this whirling-dervish screen entertainment that's so colorful, thrillingly shot (by ace cinematographer Darius Khondji), exuberantly sung, and smartly composed it nullifies nearly all of your complaints about the material itself. I'll stress the “nearly,” as this political drama with wall-to-wall songs could certainly have benefited from a more fleshed-out ensemble; as it stands, there are really only five significant characters, and in Parker's film, you could almost argue that there are only three. One of them, though, is played by Jonathan Pryce, who's lovely here, and another by Antonio Banderas, who's like ambulatory sweaty sex. Madonna, though, is the chief takeaway, acting as well as Madonna ever acted and tearing through “Buenos Aires” and (duh) “Don't Cry for Me, Argentina” with fabulous panache and supremely solid vocals. Eva's deathbed number is an Oscar winner titled “You Must Love Me,” and at its finale, even those who staunchly insist they don't love Madonna might concede that, for the song's two minutes and change, they kinda sorta do. 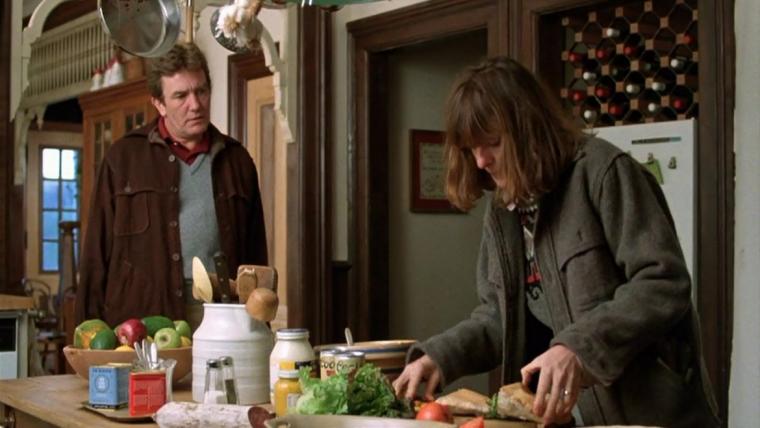 Shoot the Moon: Even though their overall quality varies, the one thing my listed Parker films have in common is that, for me, they're all a terrific time. (Whether anyone beyond me considers Angel Heart a terrific time is admittedly open to debate.) But now we end with Parker's 1982 marital drama, and while I think it's the director's all-time-finest offering, the time spent at it isn't terrific so much as … . What? Wrenching? Ugly? Unbearable? Thankfully, that last adjective doesn't apply because of Parker's powerful staging, Bo Goldman's elegantly insightful script, and the splendidly ravaged portrayals of Albert Finney and Diane Keaton as the unhappily wed George and Faith, plus the miraculous Dana Hill as their teenage daughter Sherry. (There's also considerable, blessed playfulness in the gleefully noisy ensemble acting of a pre-V Viveka Davis, a pre-Growing Pains Tracey Gold, and a pre-Family Ties Tina Yothers as Sherry's younger sisters.) Still, it's tough to determine which of Shoot the Moon's scenes of discord makes for the most painful viewing. Sherry listening to her father talk to his adulterous lover on the phone? Faith singing a broken-voiced “If I Fell” and weeping in her bathtub? George spanking Sherry until she has to ward him off with a pair of scissors? (I take it back: That's the most painful viewing.) Just to clarify, there's also a boatload of love on display in this beautifully, achingly defined relationship saga, as well as supremely likable turns by Karen Allen and Peter Weller. Yet there's no denying that the movie is even sadder than its partners-in-misery Kramer vs. Kramer and Ordinary People … and that's before George's astounding act of perceived retribution at the finale. You know the phrase “Go big or go home?” George, to his family's (and our) horror, goes home and goes big.