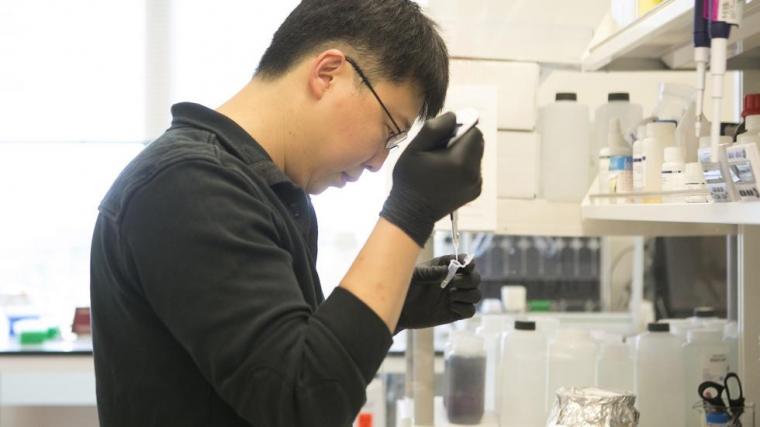 Described by the U.K.'s The Telegraph as “serious-minded, informative, and knowledgeable” in its four-star review, the lauded documentary The Gene: An Intimate History – co-produced by legendary documentarian Ken Burns – will enjoy a special virtual presentation on November 19 courtesy of the Quad Cities' PBS station WQPT, with the event boasting a post-screening discussion and Q&A with the film's Emmy Award-winning director Jack Youngelson.

Adapted from the award-winning book of the same name by Dr. Siddhartha Mukherjee, PBS' The Gene: An Intimate History tells the story of the rapid evolution of genetic science from Gregor Mendel’s groundbreaking experiment in the 19th century to CRISPR, the family of DNA sequences found in the genomes of prokaryotic organisms such as bacteria and archaea. The Gene also explores the hope that newfound powers to alter DNA with pinpoint precision will transform the treatment of some of the world’s most complex and challenging diseases, with the series also tackling the daunting ethical challenges that these technologies pose for humankind.

Known for his style of using archival footage and photographs in his works, The Gene co-producer Burns is widely known and respected for his numerous documentary series that include: The Civil War (1990); Baseball (1994); Jazz (2001); The War (2007); The National Parks: America's Best Idea (2009); Prohibition (2011); The Roosevelts (2014); The Vietnam War (2017); and Country Music (2019). Burns' documentaries have also earned two Academy Award nominations (for 1981's Brooklyn Bridge and 1985's The State of Liberty) and 15 Primetime Emmy Award nominations, five of which led to wins.

A highly accomplished writer, director, and producer, The Gene's Jack Youngelson won a 2007 Primetime Emmy Award for the nonfiction special Ghosts of Abu Ghraib, and was also nominated for an Emmy for the 2013 Ethel Kennedy documentary Ethel. Additional directing credits include Dean of Invention and episodes of the documentary series America Revealed and Cancer: The Emperor of All Maladies, and Youngelson also wrote the acclaimed 2020 documentary feature All In: The Fight for Democracy.

Youngelson will begin his discussion of the filmmaking process, and answer viewer questions, directly following the 6:30 p.m. screening of The Gene: An Intimate History on November 19, and participants may submit questions for the director in advance by e-mailing WQPT Education Director Michael Carton at mt-carton@wiu.edu. For more information on the virtual event, visit WQPT.org/thegene.