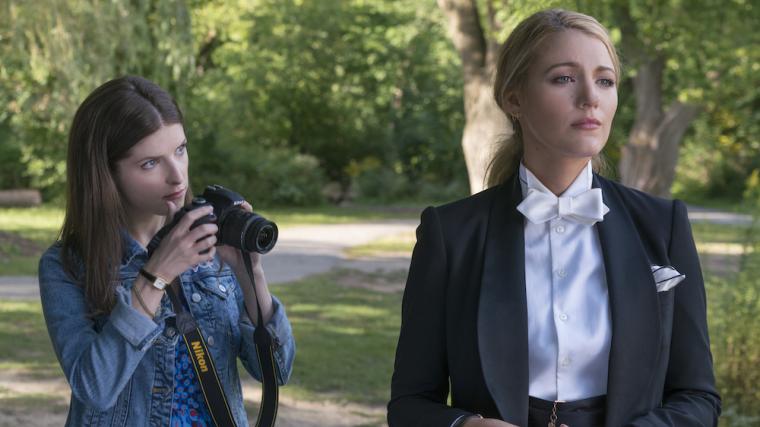 Anna Kendrick and Blake Lively in A Simple Favor

Few likely remember it, but back in 1985, Susan Sarandon starred in a movie titled Compromising Positions, an utterly charming mystery-comedy in which a suburban homemaker becomes an amateur sleuth investigating the murder of her dentist. Director Frank Perry's film is a sharp, funny trifle with an astounding supporting cast of Broadway talents – Raul Julia, Judith Ivey, Joe Mantegna, Joan Allen, Edward Herrmann, Mary Beth Hurt – and totally worth a watch on YouTube. (It's easier to sit through if you can ignore the film's rather blatant mid-'80s misogyny.) But I hadn't thought about that movie in years, if not decades – not until director Paul Feig's irresistible mystery-comedy A Simple Favor kept bringing it to mind.

In terms of narrative, the films are similar enough to make the comparison make sense, as Feig's latest finds type-A mommy vlogger Stephanie Smothers (Anna Kendrick) going all Nancy Drew after her new best friend (Blake Lively's Emily Nelson) vanishes under suspicious circumstances. Yet the bigger reason Compromising Positions kept entering my brain was because it feels like 30-plus years since a female-led mystery was this much unbridled fun, and offered this many laughs within a detective yarn this compelling. Sure, there's Gone Girl, but the guilty chuckles in that one were of a decidedly icy, Fincher-y nature. By contrast, A Simple Favor is bright and perky from opening credits on, dispensing riotous punchlines and even physical slapstick while entrenching us further and further into its enjoyably convoluted plot. Initially, I was surprised that comedy director Feig (he of Bridesmaids, The Heat, and the 2016 Ghostbusters reboot) was chosen to helm what, based on its trailers, looked like an infinitely more serious affair than the director's previous works. Happily, though, the trailers lied. From Kendrick's quick-witted take on overachieving maternal perfection to Lively's haughty, moneyed disdain to the nude painting that aggressively hovers over Stephanie's shoulder as both threat and dare, A Simple Favor provides a nonstop grin interrupted only by occasional, gut-busting cackles. 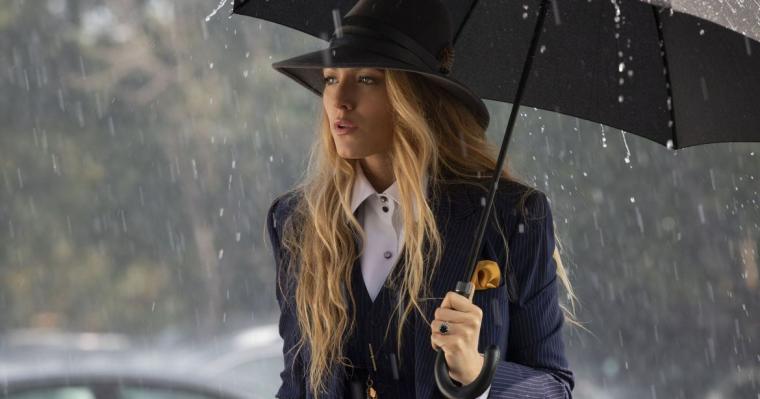 By the film's final scenes, Jessica Sharzer's twisty adaptation of Darcey Bell's novel will have crawled up its own ass a bit too flagrantly, and a few of its conceits – such as the collective arrivals of Andrew Rannells, Kelly McCormack, and Aparna Nancherla as a bitchy Greek chorus of disapproving parents – probably appeared more clever on the page than they do in practice. But even these misjudgments were amusing ones (I giggled at both the ludicrous revelations of the finale and the peerless sarcasm of the divine Rannells), and Feig lends his exquisite comic timing even to scenes that don't require it, as when Stephanie attempts conversation with a receptionist who's looking directly at her yet, in actually, is really talking through her. Linda Cardellini and Jean Smart are one-scene wonders as eccentrics offering clues to the missing-person puzzle; Bashir Salahuddin is dryly funny as an incredulous, down-to-earth detective.

Best of all, though, is the priceless pairing of A Simple Favor's leads. Lively is so heart-stoppingly beautiful that I always want to think she's less talented than she is, but the continually underrated performer is a comic revelation here, tossing off blasé entitlement and profane jolts with equal aplomb. (Asked if her son has any dietary restrictions, Emily, without missing a beat, replies, “Yeah, don't feed him any shit he doesn't like.”) And Kendrick is an unmitigated delight as a woman gradually overcoming her inferiority complex with brains, balls, and instinct, enabling her portrayer to show off her significant comedic chops while giving Kendrick as close to a femme fatale role as she's ever been allowed. How heartening to see that, given a movie as winning as A Simple Favor, Anna Kendrick doesn't need a cappella to be pitch perfect. 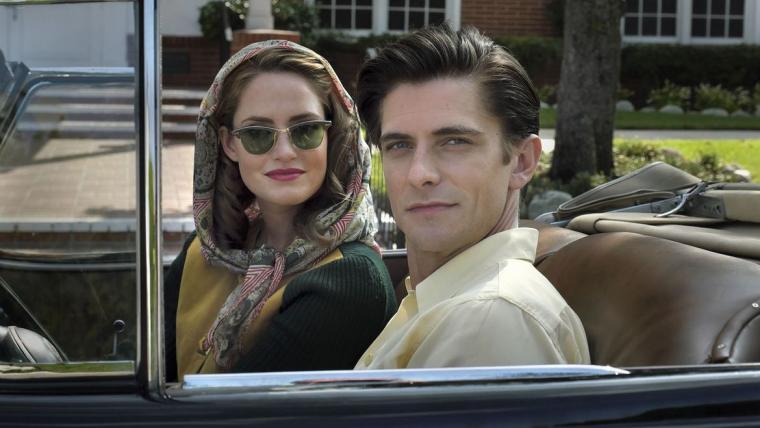 If you saw 2014's Unbroken, director Angelina Jolie's sanctimonious pageant of suffering disguised as “triumph of the human spirit” uplift, you'll see it again in the new Unbroken: Path to Redemption. The difference, however, is that director Harold Cronk does in two minutes what it took Jolie two-and-a-quarter hours to accomplish.

Presented as a speedy, headline-filled montage on the early life of Louis Zamperini – the Italian-American runner in the 1936 Olympics who served in the Air Force, survived a horrific plane crash, spent 47 days adrift in the Pacific Ocean, and endured years in a Japanese POW camp – Cronk's prelude ends where the first Unbroken did, with Zamperini freed from imprisonment and safely back on American soil. Consequently, Path to Redemption serves less as a sequel than a corrective to 2014's cinematic trail of tears. While Jolie spent most of her film's running length documenting Zamperini's physical pain, Cronk and screenwriters Richard Fridenberg and Ken Hixon, over 95 well-paced minutes, appear far more focused on the man's emotional and spiritual pain – and that proves to be infinitely richer dramatic territory. Distributed by Pure Flix Entertainment, the pro-faith production company behind the God's Not Dead franchise, this exploration into Zamperini's post-war alcoholism, unemployment, PTSD, and eventual religious conversion is corny, remedial, and slightly amateurish in a lot of the expected ways. Yet it's also earnest, thoughtful, and unfailingly watchable – even funny and charming at times – and taken overall, I vastly preferred it to Jolie's overbearing, one-dimensional epic.

Granted, Path to Redemption is an easy movie to pick apart, considering the frequent visual tackiness and more-than-frequently wooden dialogue, with Zamperini's climactic embrace of Christianity – the film's ultimate reason for being – almost inarguably its least-convincing element. (Actor/evangelist Will Graham portrays his real-life grandfather Billy Graham, presented here as a god on Earth who can inspire immediate spiritual conversion through a handful of drawled bromides.) Yet rather surprisingly, Cronk's offering is on much firmer ground when detailing Zamperini's aching, debilitating struggles with the bottle and his nightmares of war. With the first-rate Samuel Hunt portraying our hero and a fine Merritt Patterson as his wife Cynthia, the Zamperinis' marital discord is legitimately affecting, and Hunt never overplays Louis' anguish and physical decline; it's remarkably tough-minded work in an oftentimes (and unexpectedly) tough-minded melodrama. Amazingly, though, despite covering much of the material that Jodie delivered merely in a postscript, Zamperini's tale still isn't told in full in the admirable Path to Redemption, as we don't get around to the man's career as a touring motivational speaker, to say nothing of his miraculous Olympic-torch relay run at age 80. So I guess we can expect yet another Unbroken a few years down the line. If it's anything like Cronk's, I won't even dread it. 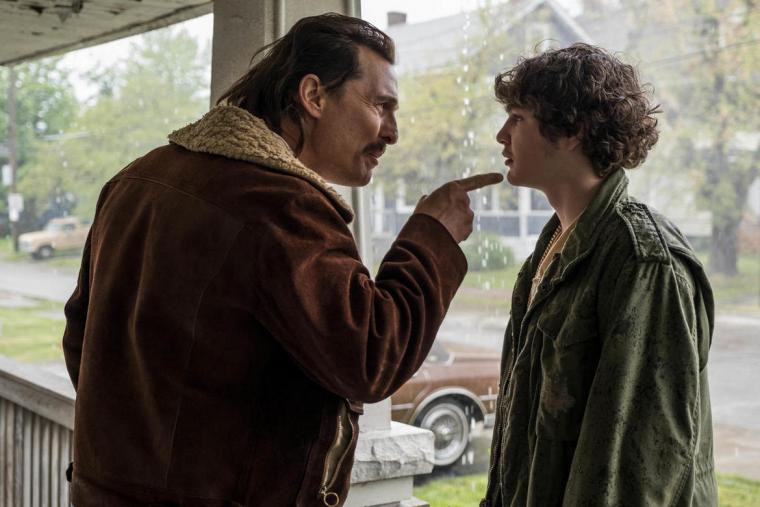 Ordinarily, when reviewing movies, I'll make verbal notes into a hand-held recorder that's ideal for recollecting plot points, significant moments, and precise lines of dialogue. Yet despite bringing my recorder with me to the crime drama White Boy Rick, I only used it four times, because the only things I felt like preserving for later posterity were variants on the phrase “I f---ing hate this kid.”

I was referring to the film's central character Richard Wershe Jr., a real-life teen from Detroit who, in the mid-1980s, was recruited as an unlikely FBI informant and eventually became the country's youngest – and, based on the evidence here, stupidest – drug and firearms dealer. But sadly, I was also referring to his portrayer Richie Merritt, an untrained actor recruited by director Yann Demange for his lead, and a figure of such seismic lack of charisma that the simple act of watching him on-screen became a grueling chore. I apologize in advance for the attack, as it's certainly not fair to berate an acting novice, or any youth, for the dead eyes, unsightly acne, and wispy, upper-lip peach fuzz that look exactly the same in his film's 1984 setting as they do in its 1987. But sweet Jesus, if you're going to have a cosmetically challenged nonprofessional headline a cast that includes Matthew McConaughey, Jennifer Jason Leigh, Bruce Dern, Piper Laurie, Bel Powley, Rory Cochrane, Eddie Marsan, and Brian Tyree Henry, couldn't you at least find a kid with some obvious talent? Despite the careless and empty nature of their roles, some of those aforementioned participants, particularly Powley and McConaughey (when he doesn't talk), have strong moments. But emerging as sullen, distracted, humorless, and mush-mouthed – basically, everyone's worst stereotype of an American teenage male – Merritt is a tremendous blight on a film that features him in nearly every frame, and he makes what would otherwise have just been an ordinarily tedious, unfocused mess an almost unwatchable one. Taken by itself, White Boy Rick is like American Hustle or Wolf of Wall Street performed at quarter-speed, and with its funny bone surgically removed. With Demange guiding his star into such a lousy first impression, it also feels like a form of child abuse.

For reviews of The Predator and The Wife, visit “Shane! Come Back!”