He Swoops, He Scores: Predicting "Birdman" and the Other 2015 Oscar Winners A big Birdman night but nothing for Michael Keaton? A not-bad Boyhood night but nothing for Richard Linklater? A year in which every single Best Picture nominee will go home with at least one lovely, gold-plated parting gift? Yes, yes, and yes - so long as those "yes"es have asterisks behind them signifying "maybe." It was awfully early in the morning, 5:30 a.m. Pacific, when the nominations for this year's Academy Awards were read by actor Chris Pine, directors J.J. Abrams and Alfonso CuarÃƒÂ³n, and Academy president Cheryl Boone Isaacs. (Also, for the first time ever, the nominees in all 24 categories were read live, meaning we prognosticators didn't have to wait an extra six minutes to find out just how badly we screwed up Best Sound Mixing.) It might even have been a little too early for Ms. Isaacs, who, when announcing their names, approached true Travolta-ness by calling Julianne Moore "Julianne Moren" and Mr. Turner cinematographer Dick Pope "Dick Poop."

Yet it's hard to imagine anyone in Hollywood - especially anyone with a vested interest in the results - falling back to sleep after the official Oscar contenders were revealed, because as wake-up calls go, this one was frequently a doozy. If you're reading this hot off the (electronic) presses, members of the Academy of Motion Picture Arts & Sciences only have an hour or so to submit their online or - less frequently these days - paper ballots for this year's Oscar race. (Voting officially ends today at 5 p.m. PST.) So this seems like an appropriate time to make my own final guesses for January 15's nominees, even if a better time would be January 15 itself - preferably just after the Academy's official announcement of contenders.

Boy Oh Boy(hood): The Most Enjoyable Movies of 2014 There are quite a few promising titles I've yet to see, including wintertime Oscar hopefuls such as Selma, American Sniper, Mr. Turner, Still Alice, A Most Violent Year, and Inherent Vice, and most everything bound to be nominated for Best Foreign-Language Film and Best Documentary Feature. The Quad Cities area is a relatively small movie market in the Midwest, and I don't get to Chicago (or New York or Los Angeles) very often. C'est comme ça.

So the films and the order of their placement on this list of "10 Favorite Movies of 2014" will, no doubt, eventually change. Baring a miracle, though, we're good to go on that first one. 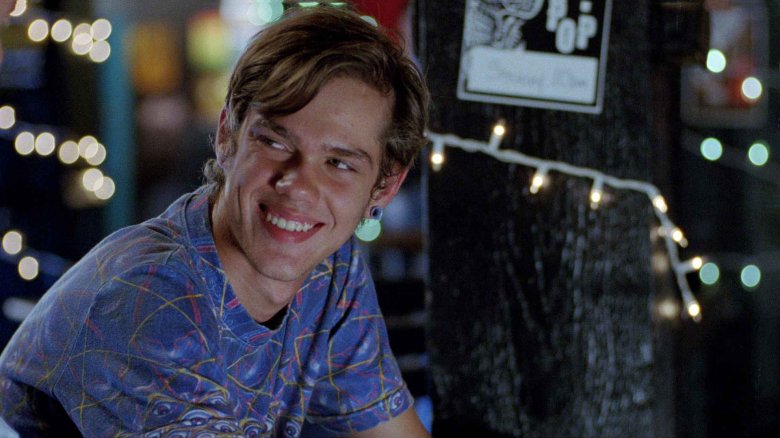 Wa-a-a-a-ay back at the tail end of 2009, my editor Jeff Ignatius and I thought it'd be fun to compose lists of our 100 favorite movies of the millennium. That, of course, led to a completely predictable fight over which year the millennium actually started in ... .

But once we put that past us, it was a lot of fun. So we decided, with five additional years behind us, to do it again - if, in Jeff's case, slightly differently this time around. Creature of habit that I am, though, I stuck to a good-ol'-fashioned ranking of 100 favorites in preferential order. In doing so, I also made some interesting discoveries.

When Mike Schulz suggested revisiting and updating our lists of favorite movies of the 2000s, I looked back at my early-2010 article and thought: "Ghost Town? What the hell is that?" Sorry, Ricky Gervais, but it took a few seconds to recall anything at all about a movie I'd listed as one of my top 100.

Such are the perils of composing lists covering long periods of time with a memory as leaky as mine. Unlike my colleague Mike, I don't have a record of my thoughts about most of the movies I've seen, and therefore I can't say with much certainty whether I still like the 100 favorite movies I selected for 2000 through 2009. So I started from scratch here, with the idea that I wouldn't include anything so poorly (if fondly) remembered as Ghost Town. (Favorites from the 2010 list that aren't included here haven't necessarily fallen in my esteem; in many cases, I just don't have a recent experience or firm memory of them to rely on).

Beyond War and Politics and Religion: St. Ambrose Presents the Middle Eastern Film Festival, October 15 through 24 St. Ambrose University's educational initiative the Middle East Institute (MEI), which just began its first school-calendar year of programming, was designed to foster discussion and study of this frequently misunderstood and geopolitically critical region. And as institute director Ryan Dye says, when it came time to create an event schedule for the MEI's fall semester, "I consulted with our fine-arts department, and they were really excited about the idea of doing a film festival."

Through the art department's Clea Felien, Dye was put in contact with Ghen Zando-Dennis, a cinema-studies professor at Ramapo College in Mahwah, New Jersey. An Alaska native and occasional filmmaker herself, Zando-Dennis teaches a course in Middle Eastern films at Ramapo and was eager to curate the MEI's event. Zando-Dennis admits, however, that the curator position did come with a challenge for her.

Parrots and Cats and a Pageant for Bunnies: "Video Art from Israel," May 4 at the Figge On May 4, in an event co-sponsored by the Jewish Federation of the Quad Cities, the Figge Art Museum will host the screenings of a feature-length documentary and seven shorter works, all of them by award-winning Israeli filmmakers. Yet if the you enter the Video Art from Israel: A One-Day Sensory Experience presentation with preconceived notions about the films' collective subject matter - anticipating explorations of Israel's foreign policy, say, or the country's ongoing struggle with Palestine - you're likely to be in for a surprise or two. Or eight.

The End of the Oscar Racists. Er ... Races.: Notes on the 2014 Academy Awards Telecast Which, it turned out, was a possibility voters were not willing to face.

Voting Like a Voter: Predicting, and Preferring, the 2014 Academy Award Winners When it comes to the films and individuals that win Academy Awards, it's easy to get defensive, and even a little pissy, about voters' collective choices. "How could those people ever vote for ______," you find yourself asking, "when ______ is so obviously better? Don't they have any integrity at all?!"