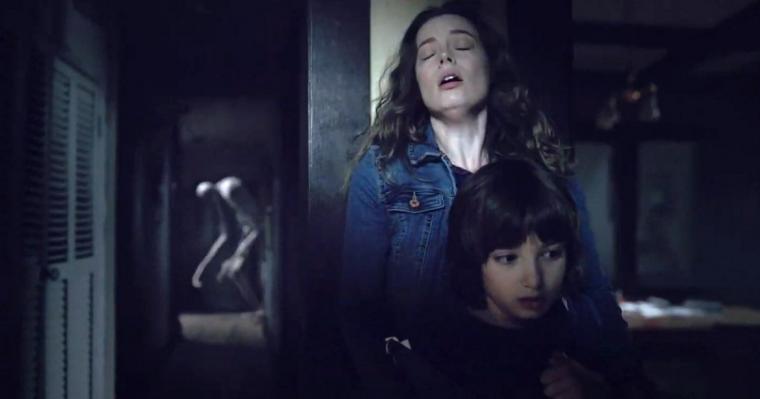 No modern horror movie, not even last November's mostly decent sequel Doctor Sleep, should have to be compared to Stanley Kubrick's 1980 masterpiece The Shining. Writer/director Jacob Chase's Come Play, however, is pretty much begging for the comparisons, given that its child lead, in many shots, looks uncannily like the tormented Danny Torrance, and its title – one that instantly conjures images of creepy twin girls in a hotel hallway – all but demands to be followed by “... with Us, Danny.” Needless to say, though, Come Play is not The Shining. Sadly, despite boasting a bunch of fine elements, it's not even Doctor Sleep.

What it is instead is partly an updated Grimm's fairy tale, partly a parable about the insidiousness of electronic-device obsession, and partly, strangely, a guilt trip aimed at concerned parents of special-needs children, whom you'd think would have enough challenges without being made to feel worse by a moderately cheesy scare flick. Azhy Robertson, who played Adam Driver's and Scarlett Johansson's deadpan tyke in Marriage Story, portrays Oliver, an autistic grade-schooler who can only speak through voice apps on his cell phone and tablet. Oliver's mom Sarah (Gillian Jacobs) is a harried worrier and his dad Marty (John Gallagher Jr.) is moving out of the house, and his parents' frequent quarreling makes the introverted, bullied Oliver feel even lonelier at home than he does at school. Yet someone, or something, actually does want to be Oliver's friend: a spindly, monstrous, storybook creature named Larry who appears on Oliver's cell with plans to enter the real world and snatch the boy away. Picture an Americanized version of The Babadook sponsored by Android and you'll pretty much get the idea.

Come Play is an expansion on Chase's 2017 short Larry, and while I can't offer an opinion on that particular work, his 2020 release suggests that the writer/director is at least gifted enough to deserve more feature-length-film opportunities down the line. The movie's prelude – a shadowy, wordless, 10-minute creep-out of doors mysteriously opening and electronics acting on their own accord – sets the tone admirably, and Chase treats us to a sensational image that'll be returned to throughout: a POV shot that finds Larry, from behind the screens of Oliver's devices, staring back at those staring at him. (A solid, hardworking young actor, Robertson is somehow never more more unsettling than when peering into the camera with a beatific smile.) While the conceit of Larry being visible only when viewed through a cell camera – much like the beastie in Lights Out who was only visible in the dark – isn't exactly novel, it does inspire a few genuine shivers, especially when you're only reasonably sure that the image being captured is a supernatural one. 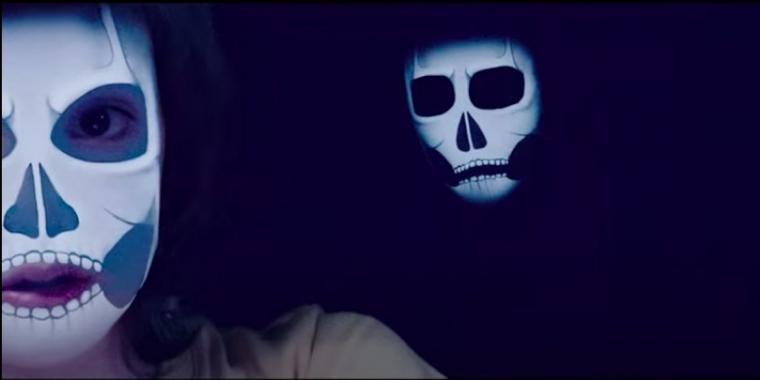 Best of all are the means by which Larry travels when his real-world presence is undeniable yet unseen. As a creature birthed in electronics – or rather, birthed by those unhealthily devoted to electronics – Larry moves through electronic proximity, and Chase stages these encroaching encounters with simple yet satisfying flourishes: light bulbs successively popping on as Larry scoots around a room; rows of car lights and engines turning on and off as the invisible being passes. Co-produced by Amblin Partners, a division of Steven Spielberg's film company DreamWorks, Come Play features several signature Spielberg touches in its child lead, suburban setting, and themes of parental responsibility and sacrifice. Chase never gets closer to actual Spielbergian wonder and dread, however, than when producing images so elegantly achieved that they wow you without extraneously showy effects. Nothing in Chase's movie might evince more tension laced with giggles than the sight of Marty, working the night shift as a parking-lot attendant, blithely unaware that Larry is standing directly outside his booth – a fact we're privy to only because sheets of newspaper have blown through the wind and have attached themselves to Larry's invisible frame.

All of this might be enough to make Come Play worth a look, especially if you're feeling antsy for a shared horror experience that isn't streaming. (With Halloween come and gone, however, your chances of now seeing a relatively populated cineplex screening are no doubt severely diminished.) And maybe Chase's release is only disappointing because the good parts are so good that they lead to unreasonable expectations for the rest. But as a director, Chase still relies far too heavily on narratively inessential bangs and booms and shrieking music cues to goose us out of our seats, and as a writer, he can't stop reiterating his implied messaging with awkwardly on-the-nose dialogue that the performers can't salvage. By the movie's final third, with Sarah basically delivering an oral dissertation on Chase's “Larry was created by modern technology!” concept, I began to wish that all of the film's characters, like Oliver, were non-verbal. Either that, or maybe Larry could've initiated a brand-new game for everyone to Come Play, and a game that's every parent's favorite on lengthy road trips: “Who can stay quiet the longest?” 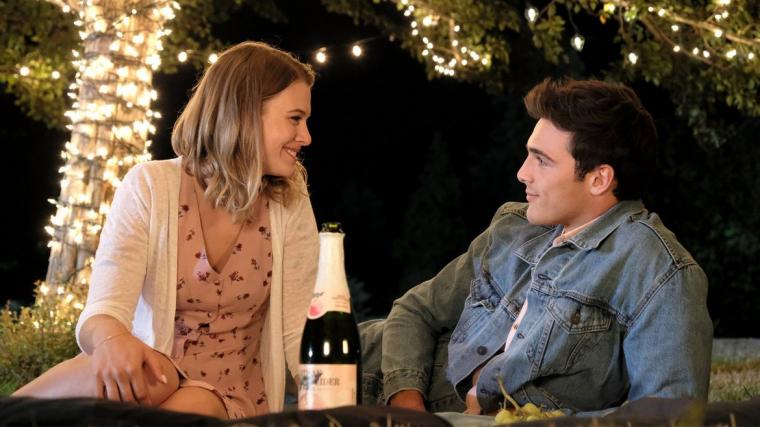 Because I've been busier than usual the past two weeks and the release's random showtimes weren't conducive to my schedule, it took me a while to get around to 2 Hearts, director Lance Hool's mildly inspiring, mildly pro-faith romantic drama about two couples in different decades whose lives become intertwined by fate and the suggestion that in the end – as Crash and Babel and boatloads of lesser titles have reminded us – We're All Connected. In truth, the synopsis alone was enough to make me not regret missing it. But I finally caught up with the film this past weekend, and am happy to report that Hool's outing isn't nearly as simpering and treacly as its storyline and trailers implied. On a couple of occasions, the movie even nudged out a tear or two.

As written by Veronica Hool and Robin U. Russin, the 2 Hearts script, which was inevitably based on a true story, isn't likely to be mistaken for a work of art, or even of sturdy competence; the bland, rudimentary dialogue features nouns and verbs and adjectives but little in the way of legitimate conversational flow. And while I won't spoil the feature-length question of what could possibly bind 30-something lovers Jorge and Leslie (Adan Canto and Radha Mitchell) in the 1970s with collegiate romantics Sam and Chris (Tiera Skovbye and Jacob Elordi) some 30 years later, it won't take a master class in screenwriting – or screenwriting contrivances – for most audiences to figure it out. (Elordi's incessant narration also brings to mind the Brian Cox speech in Adaptation that I've been forced to remember at least a few times every month since 2002: “And God help you if you use voice-over in your work, my friends! God help you!”)

If movies are occasionally allowed to coast along on pure charm, though, 2 Hearts coasts rather beautifully. Despite both performers, for reasons that eventually become clear, appearing far too old for their roles at the start of their courtship, Canto and Mitchell forge a winning, gratifyingly adult rapport, and it's especially pleasurable to see the once-ubiquitous Mitchell on-screen again; she makes sketchy scenes work through sheer earnestness and commitment. And Shovbye and Elordi, the latter of whom was phenomenal as the sexually confused, borderline-sociopathic jock on HBO's Euphoria, are magically appealing together, suggesting those students who share such grinning, randy chemistry in acting class that you just know they're gonna start dating in, like, a week. (And probably break up a few weeks after that.) Even though its ultimate reason for being is a noble one, 2 Hearts still emerges as a mostly throwaway tearjerker. Its four central talents, however, at least earn the tears that are jerked, to say nothing of the many smiles that land with greater ease. All four also look absolutely spectacular frolicking on Hawaiian beaches in their bathing suits. A middling point, perhaps, but on a chilly pandemic day in November, hardly an irrelevant one.