Is That All There Is?: Movies I Love That Made Friends Hate Me 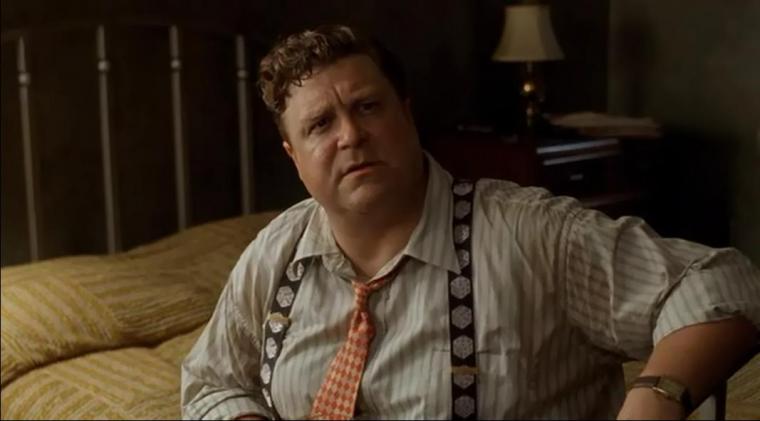 There's a special kind of elation that comes from stumbling into a movie you're crazy about, sharing your enthusiasm with friends, convincing them to join you in watching it, and discovering that they love the film just as much as you do. And then there's a special kind of … . Hmm. What's the polar opposite of “elation”? Dejection? Mortification? Anyway, it's what comes when you see a movie, adore a movie, talk pals into seeing the movie, and writhe in discomfort as you gradually realize that their silence isn't awe, but rather full-out contempt for the movie.

Thankfully, this hasn't happened to me a lot, mostly because I tend to have a pretty firm grasp on what my invitees will or won't enjoy. (Parasite? Yes. Midsommar? Not necessarily.) But it most certainly has happened, and as much as I continue to cherish the works themselves, they're all now somewhat tainted by the recognition that they're emphatically Not For Everyone – not even some of the people I thought would get a major kick out of them.

So if you've ever found yourself escorting others to, or hosting home viewings of, entertainments that your loved ones found resolutely not entertaining, here are five titles from 1977 to 1995 that, for me and my friends, led to awkward silences, napping, outright hostility, or, in one case, someone storming out of the room. You'll notice, perhaps none too surprisingly, that David Lynch is associated with a full three of them. He's resolutely Not For Everyone.

After Hours: Around the time of 1983's Flashdance, we started getting what were derisively referred to as “MTV movies” – flashily edited, theatrically lit works that resembled three-minute videos more than traditional features. Landing after all those slow-motion boxing montages in Raging Bull and his intentionally static compositions in The King of Comedy, 1985's After Hours, from opening credits on, felt like Martin Scorsese's MTV movie – and a brilliant one. As Griffin Dunne's hapless yuppie Paul endured a Kafka-esque nightmare in which a planned hook-up in Soho led to his complete inability to get home, the dark-comedy presentation was razor-sharp, the cinematography oftentimes hallucinogenic, and the cast incredible: Rosanna Arquette, Teri Garr, Linda Fiorentino, Catherine O'Hara, Bronson Pinchot … even Cheech & Chong! Most significantly, though, Scorsese's nihilistic rabbit-hole farce felt speedy as all-get-out, and I said so to my roommate before introducing him to the film in 2004. I'd forgotten, though, how “MTV movies” of my youth were basically just “movies” in the mid-aughts. And as my friend yawned through sequences that seemed lightning-paced two decades prior, and as he complained that there wasn't a single likable character on-screen (not entirely true, but I get it), I started wondering whether our living arrangement was a mistake. It wasn't. But we didn't watch any more '80s movies together, either. Deal-breaker scene: In the film's last 15 minutes, Paul finally gets some respite from his night in Hell, and inserts his final quarter into a jukebox. He then slow-dances with Verna Bloom's sculptor June – for what feels like forever – to a melancholy hit made famous by Peggy Lee. And when the singer got to her refrain “Is that all there is?”, my roommate grumpily said, “I've been wondering that for the last two hours.” Damn, that's cold. Funny, but cold. 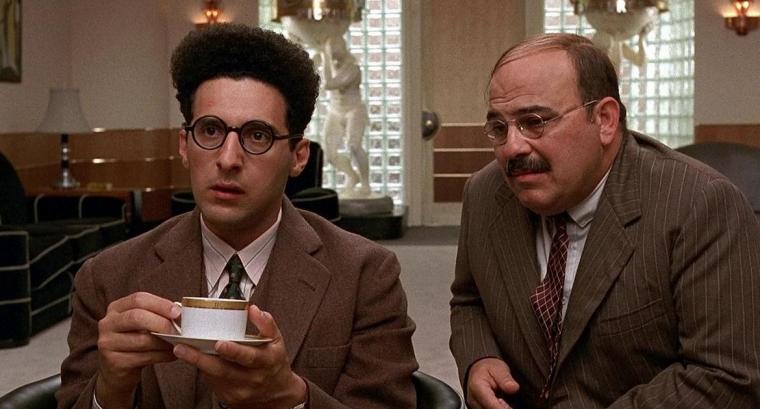 Barton Fink: In an early Simpsons episode, there's a classic gag that finds Bart's friends crowing about their plan to sneak into an R-rated movie. “It's called Barton Fink!” exclaims Milhouse as the boys begin their excited chant: “Bar-ton Fink! Bar-ton Fink! Bar-ton Fink!” That's a masterful joke given that, had they known what they were getting into, no kids their age would ever want to sit through Joel and Ethan Coen's 1991 comic noir about a wannabe screenwriter suffering a crippling case of writer's block. This Coen-brothers fanatic, however, absolutely did want to see it, and has subsequently watched this fiendish, subversive dissection of 1940s Hollywood, fascism, liberalism, ghostwriting, hotel accommodations, portentous stage drama, and so much else dozens of times over. With three pals of mine similar admirers of the Coens who wanted to see for themselves why the movie earned the Cannes Film Festival's Palm d'Or, Best Director, and Best Actor (for John Turturro) citations, I screened my VHS copy for them in 1993. But long before this admittedly off-putting, deliberately paced oddity found Oscar nominee Michael Lerner making his hilarious farewell and John Goodman's friendly salesman morphing into one of Satan's minions, I noticed an intrusive sound in the living room. It was one of my friends snoring. Another pal was asleep, too. Friend three, at least, was awake … and shooting daggers at me with her eyes. Wow. Tough room. Deal-breaker scene: For my alert friend, it would probably be Goodman racing through a dilapidated hallway with a shotgun screaming “I'll show you the life of the mind!!!” while the corridors surrounding him burst into flames. After the film ended and she looked ready to disown me, my friend asked of the film, “What was that about?!” I replied, “About two hours?” I laughed. She did not. 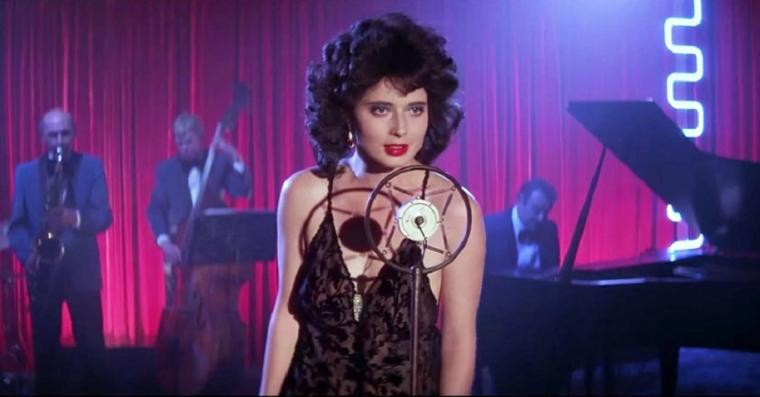 Blue Velvet: Because the art-house release never played anywhere near the Quad Cities when it premiered, I didn't see David Lynch's 1986 masterpiece – the movie that effectively made his career and crystallized his style – until catching it on home video the following summer. Watching Blue Velvet that first time by myself, I found Lynch's seamy-side-of-the-suburbs detective tale horrifying yet mesmerizing, a modernized Rear Window overflowing with what would become the writer/director's signature blend of mordant humor, shocking acts of sex and violence, nearly operatic performances, throbbing Angelo Badalamenti music cues, and indelible images you're sure will stick with you for life. (The severed ear in the grass! The dog attacking the hose! Dean Stockwell lip-synching to Roy Orbison's “In Dreams”!) After renting the thing innumerable times, it was finally available for a reasonable buying price in the spring of 1990, and I giddily invited a bunch of Augustana College friends to my apartment to watch it. How I kept those friends is frankly a miracle, because while they liked leads Kyle MacLachlan and Laura Dern (who wouldn't?), they detested literally everything else about Lynch's wildly cinematic, deliberately off-putting and inscrutable fever dream, with one pal saying, “That's the last time you pick the movie.” He relented a week later, but that time I picked Amadeus. Better safe than sorry. Deal-breaker scene: By the time they got to the dead man in the yellow suit standing – standing! – in front of the dead guy with the missing ear, my guests were clearly so over Lynch's offering. But I think they actually checked out way before – most likely when Dennis Hopper started sucking into his oxygen (or whatever) mask moaning “Mommy … mommy ...” at Isabella Rossellini right before assaulting her. So yeah. Can't really blame them for shutting down. 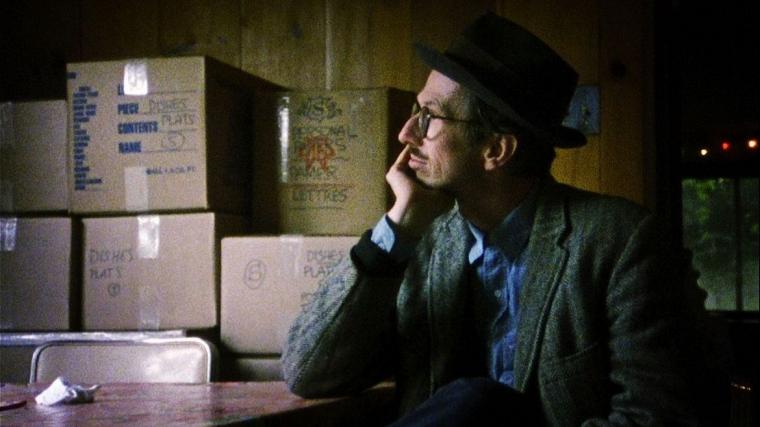 Crumb: One memorable Blue Velvet shot finds the camera scooting directly into the iconic severed ear and traveling its increasingly fascinating, unsettling canals. A 1995 documentary “presented by” David Lynch (who wasn't personally involved with production), director Terry Zwigoff's Crumb is like the feature-length equivalent of that shot. Instead of an ear, though, we're invited to tour the brain of legendary underground-comics fixture R. Crumb, whose sexualized, unmistakably autobiographical leanings resulted in Fritz the Cat, Mr. Natural, and more cartoon-nudity and -ejaculation panels than you could count. Crumb himself, with his affectless nonchalance and downbeat nasal whine, proves to be unexpectedly engaging company, and far more insightful into his process and psychology than he claims he'll be at the start. Even more riveting than its subject, however, are the film's on-screen debates over whether what Crumb brings into the world is art or pornography. And more riveting still are the detours involving Crumb's family, be they his seemingly “normal” wife and kids or his unquestionably damaged brothers Maxon and Charles, the latter of whom committed suicide soon after filming wrapped. Despite its multitudes of pleasures, Zwigoff's movie is a frequently tough sit … as my 1996 roommate admitted when he decried the doc as “disgusting” and “too f---ing sad” before walking out on it a half-hour before it ended. My umpteen viewings since have no doubt made up for those 30 minutes lost. Deal-breaker scene: He wasn't the squeamish sort, but my roommate finally bolted our viewing when Crumb, at great length, walked us through an issue of Mr. Natural in which the titular weirdo had sex with a headless woman. That meant my roommate missed Crumb's charming anecdote about showing his grade-school daughter GoodFellas, which “horrified her so deeply she started getting a stomach ache.” Gosh, what a surprise. 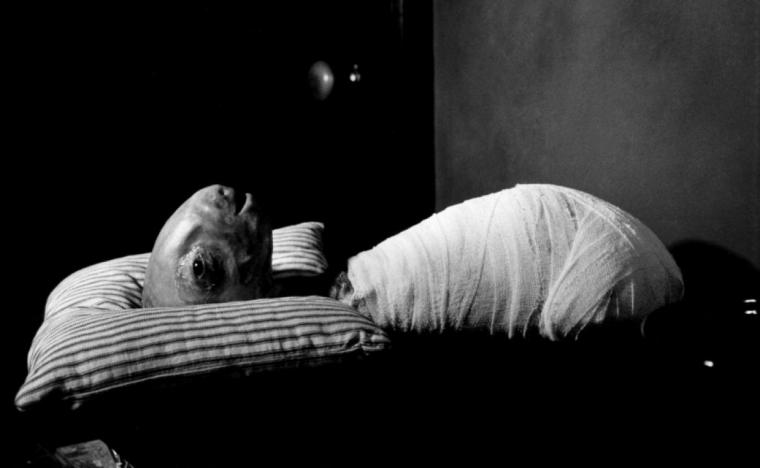 Eraserhead: I alienated my buddies with Blue Velvet, and managed to alienate a whole new group of pals after they agreed to join me, to their eventual bewilderment and chagrin, for my third screening of David Lynch's Mulholland Dr. in the fall of 2001. (We all met at Denny's for coffee and conversation afterward, and I don't recall anyone speaking to me until well after we ordered.) Consequently, ever since purchasing Lynch's 1977 Eraserhead on DVD in 2003, I've been very, very careful about choosing the right people to show it to. I'll let you know if those people ever turn up. A debut feature that took five years to finish, this singular achievement is fundamentally about a mild-mannered schnook (played by Lynch mainstay Jack Nance) and his fears of dating, marriage, and fatherhood, especially after his wife leaves him upon giving birth to a bloody, screeching humanoid whom the chest-bursting creature in Alien closely resembles. What the film is really about is anyone's guess, as even its creator famously refuses to discuss its alternately hypnotic and unnerving dream logic. Yet from the malevolent industrial roar of Alan Splet's sound design to Frederick Elmes' evocative black-and-white cinematography to that terrifying ingénue with the chipmunk cheeks crooning “In heaven, everything is fi-i-i-ine … ,” Lynch's low-budget, borderline-traumatizing mind-blower is that rarest of cinematic treats: a painstakingly slow thrill. I first saw the movie, in VHS form, in the packed living room of friends during my sophomore year of college – and under, shall we say, the proper mind-altering conditions for such a viewing. About half of us fell in love with Lynch's audacious experiment. The other half couldn't stand the thing. I'm still in contact with the ones who loved it. Deal-breaker scene: Jeez, I dunno … . All of 'em?!