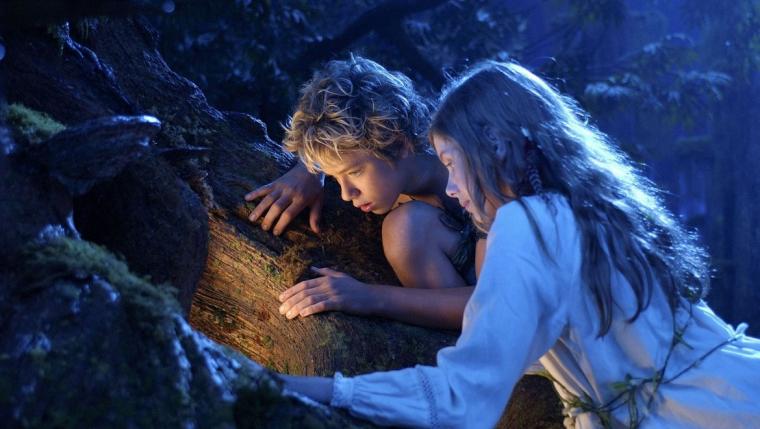 Are mainstream movies, in general, becoming more and more stale? The question arose a couple of weeks ago when an acquaintance asked if I'd seen anything good recently. After a pause I was finally able to reply, "Uh ... Return of the King?"

"Well, of course that. Anything since then?"

I mentioned that the Brew & View was currently showing the October release The School of Rock - this was before I caught up with Peter Hedges' often-wonderful Pieces of April there - and that Something's Gotta Give had some terrific performances and that HBO's mini-series Angels in America was the most astonishing work, in any medium, I'd seen in years.

"Anything else?" he asked.

And there I drew a blank, not because our spate of current releases is so terrible - I haven't seen anything truly god-awful since that odious Cat in the Hat movie - but because, almost across the board, our choices at the cineplex are so damned dreary; the mediocre can often be far more offensive than the repellant. (At least terrible movies allow you to feel something, even if all you're feeling is hatred for the filmmakers.)

Here's a sampling of our recent choices: Timeline, Honey, and Stuck on You, all supposed mass entertainments summarily rejected by audiences. Disney's The Haunted Mansion, which made some cash from the family-flick crowd but proved far less enjoyable than the theme-park ride itself. The Last Samurai and The Missing, two beautiful-looking, emotionally vacant, and terminally overlong prestige pictures; I've yet to meet anyone who has enjoyed either one. (Cold Mountain is a special case: a beautiful-looking, emotionally vacant, terminally overlong prestige picture that does have its fans, but they seem to be restricted to the members of the Hollywood Foreign Press and one or two others.) John Woo's thriller Paycheck, the trailer for which featured so many shots of Ben Affleck looking sweaty and anxious that I couldn't even summon the energy to see it; when friends who actually like Woo and/or Affleck tell you the movie sucks, you're better off avoiding it entirely. And a trio of holiday films - Cheaper by the Dozen, Mona Lisa Smile, and Peter Pan - that, barring the latter's CGI effects, would not have seemed revolutionary had they been released in the mid-1950s. Of the three, Peter Pan, perhaps surprisingly, feels the least retrograde. P.J. Hogan's take on J.M. Barrie's classic has been presented in a thoroughly competent manner; the magical effects are impressive, and it boasts two rather touching portrayals by Jeremy Sumpter as Peter and Rachel Hurd-Wood as Wendy. But the film's solid professionalism might actually be the reason the movie doesn't linger in your mind; it's nothing more than a perfectly groomed version of a beloved chestnut, like a Masterpiece Theatre presentation of a novel that bored you silly in high school. No one enters Peter Pan expecting to be surprised by the plot - I'm not suggesting that Hogan and co-scenarist Michael Goldenberg should have trashed the material completely, as Spielberg did with his notoriously awful Hook - but I think the reason the movie has failed to connect with audiences is that they took one look at the trailer and, accurately, realized they'd seen it all before. Nearly everything about the movie, including the performances of usually vivid actors such as Olivia Williams and Lynn Redgrave, feels vaguely impersonal, as if the film were already stuffed and mounted; even Jason Isaacs, hissing as Captain Hook, isn't the nasty fun you hope he'll be. There are certainly worse ways to spend a couple of hours at the cineplex, but Peter Pan is the perfect example of a movie that you tell yourself you'll eventually catch on video, and then choose to ignore there, too. J.M. Barrie's tale of Peter Pan has been in the public consciousness for more than a hundred years now, and yet it still feels more refreshing than anything in Mona Lisa Smile. Set in Wellesley College in 1953, Mike Newell's drama features Julia Roberts as an art-history professor who inspires her prim and proper charges to follow their dreams and refuse to let themselves be subjugated by men; it's Dead Poets Society as a "You go, girl!" flick. Though the film features an immensely appealing cast - Roberts' students include Kirsten Dunst, Julia Stiles, and that inventive spitfire Maggie Gyllenhaal, and Marcia Gay Harden and Juliet Stevenson steal all their scenes as eccentric faculty members - and is reasonably diverting, it's also, inevitably, ridiculous; the movie is all about the busting of stereotypes yet positively revels in its stereotypes. You can correctly guess each character's developmental arc within their first minute of screen time, and the classroom scenes - which, as a rule, are almost never believable in movies - border on the embarrassing, with each actress' one-liner flowing into the next with sitcom-honed precision. (Roberts herself seems incredibly out-of-place in her '50s-era classroom setting; she could be instructing the young ladies on how to land $10 million for their next feature film.) Just because a movie has good intentions doesn't mean it won't turn out hopelessly phony; I don't think there's a believable scene in the whole picture.

CHEAPER BY THE DOZEN

Audiences have done pretty well by, for the most part, opting against Peter Pan and Mona Lisa Smile, but the most surprising hit of the season - the success of which chills me to the bone - is the family comedy Cheaper by the Dozen. Based on a turn-of-the-century novel that led to a 1950 film, this current Cheaper details the comic travails of parents Steve Martin and Bonnie Hunt as, in an attempt to further pop's career, they move their loving brood of 12 from their sleepy rural town to the scary Big City; the film is like The Brady Bunch Movie with all the irony scraped off. The movie's a dog: It wastes the biting wit of Bonnie Hunt, it features the most maudlin work of Steve Martin's career (beware the scene in which he comforts his child on the train), and director Shawn Levy stages the farcical scenes so ineptly that I spent most of the film staring in disbelief; if it weren't for the slyly self-mocking performance of Ashton Kutcher, the film's incessant geniality might have driven me to madness. Yet audiences seem to love it. It appears to so thoroughly fill a need for wholesome, unthreatening entertainment that its patrons don't seem to mind the fact that subplots involving the kids are established and dropped without care or that the horrific slapstick makes the Home Alone movies look like paragons of subtlety. It's a kinder, gentler comedy - it may as well come with the president's seal of approval - and it's enough to send some of us running to another screening of Bad Santa.