In his role as detective Bobby Monday, a corrupt cop with escalating gambling debts and awfully questionable racial attitudes, Shannon appears to be employing every facial tic, exaggerated gesture, and extravagant way with a line reading in the man's nutjob repertoire; his portrayal is like a shrink-wrapped amalgam of the performer's Revolutionary Road, Bug, and Take Shelter turns, but without the nuance or legitimate threat. Tearing through Manhattan boroughs in high-speed pursuit of Joseph Gordon-Levitt's bike messenger Wilee, whose assigned package the detective plans to steal, the actor pops his eyes, cracks his knuckles, screams invective at children ("Delinquent scum!!!"), and all but foams at the mouth, and what results is a classically terrible performance - and, ironically, the only thing of true interest in the movie. You don't believe in his Bobby Monday for an instant, especially when he and Gordon-Levitt's smart-aleck cyclist are trading "comically" hostile quips, but no one could accuse Shannon of merely phoning it in here, and if the actor were just a bit more hysterically over-the-top than he is, Premium Rush might actually have been worth something.

Unfortunately, despite one scene after another in which Gordon-Levitt and his stunt riders perform death-defying swerves and slides through traffic, Koepp's film is mostly inert, saddled with bum dialogue, lazy and unmotivated plotting, and narrative detours that make no sense at all. As the actor may be incapable of being either boring or phony on-screen, Gordon-Levitt has moments when his natural charisma transcends the forced coolness of his daredevil-hipster role; his high-pitched, giddy giggle when surmounting an early obstacle is so thoroughly winning that you have no choice but to giggle along with him. Yet he, the overworked Shannon, and the admittedly impressive stunt work can't redeem an outing in which the conversation is deadening and the action feels like one three-minute bike-and-car chase played on an endless loop; even as late-summer throwaway entertainment goes, Premium Rush is just spinning its wheels. Hit & Run, a profane and violent action comedy about a protected witness returning to his hometown - and the armed robbers he ratted out - after four years away, opens with a scene of almost shocking intimacy, with Dax Shepard quietly, sweetly psyching up on-screen girlfriend (and off-screen fiancée) Kristen Bell for a meeting with her boss. It's almost immediately followed by a scene of almost shockingly ridiculous slapstick, with Tom Arnold attempting to stop a rolling, unmanned vehicle by shooting out its windows with a service revolver. And so it goes throughout this messy, scruffy, sporadically hilarious lark by directors David Palmer and screenwriter/star Shepard, a movie in which every lousy sequence seems to be followed by three or four that are staged and played just right. To be sure, there's much too much going on in the picture, which finds Shepard's and Bell's lovers being tailed not only by Arnold's U.S. marshal, but by a crazed ex-boyfriend (Michael Rosenbaum), his gay, randy, police-officer brother (Jess Rowland), a lecherous hillbilly (David Koechner), and Shepard's former partners in crime (led by an enjoyable, dreads-sporting Bradley Cooper). There's also a surplus of crude gags that don't get funnier through repetition, as when characters, twice, bust in on a quartet of naked senior citizens and the camera, both times, uncomfortably lingers on the saggy spectacle. For the most part, though, Hit & Run is cheerfully crude and snappily paced, boasting randomly brilliant one-liners. (Some of the best are delivered, late in the film, by Jason Bateman, and Kristen Chenoweth scores her every laugh in a brief, early role.) And Shepard and Bell, whether engaging in road-trip quarrels or moments of lovely tenderness, are really quite sensational together. If the couple's real-life romance is even a tenth as charming as that of their fictitious counterparts, the actors' friends are likely nauseous with envy. 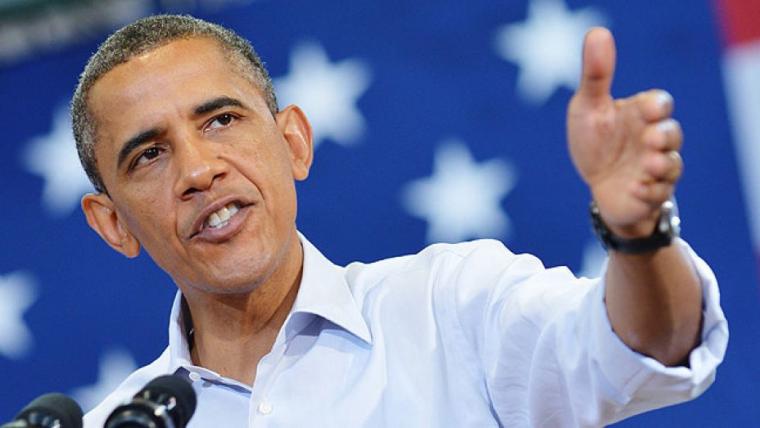 Attack ads aren't meant to be subtle. Yet for a long stretch, directors Dinesh D'Souza's and John Sullivan's muckraking doc 2016: Obama's America - which purports to explain the president's anti-colonialist, anti-capitalist, anti-American ways through exploration of his daddy issues - is so subtle, so lacking in biased hysteria, that it could almost be confused for an Obama endorsement. (On-screen narrator D'Souza includes a scene of him interviewing Obama's half-brother George, who refuses to say one unkind thing about the commander-in-chief.) Be patient, though, because this initially level-headed, blurrily shot outing eventually gets to its sucker punches, complete with (presumably) intentionally confusing editing, specious reasoning, the repeated motif of D'Souza nodding pensively while political wags offer anti-incumbent testimony, and imaginings of our future with, in at least a couple of instances, music baldly reminiscent of Bernard Herrmann's motel-shower shrieks in Psycho. So much for subtlety.