We all know that shoestring-budgeted independent works aren't necessarily going to have the professional sheen of Hollywood output, but after reading the rave reviews for Open Water, I feel compelled to ask: Just how much amateurishness are we expected to endure in the name of cinematic political-correctness (i.e., loving an indie solely for being an indie)? Barring an ingeniously edited sequence during a thunderstorm and a few stomach-tightening moments when sharks make surprise appearances, I didn't find Open Water the least bit scary, let alone "Riveting!", "Electrifying!", and all the other superlatives currently being lavished on it (and this from someone who still gets freaked out watching The Blair Witch Project). Worse still, the movie is so badly performed and overwritten that it has the unintentional effect of coming off as totally phony, and since the film was notoriously shot with the leading actors surrounded by real sharks, realism is Open Water's only true draw. Are we film critics now so openly hateful toward CGI-heavy Hollywood blockbusters that we'll happily convince ourselves that tedious, flatly staged thrillers such as Open Water are actually great?

At least the film is short and simple: On a scuba-diving expedition, vacationing couple Susan (Blanchard Ryan) and Daniel (Daniel Travis) re-surface to discover that their tour boat is gone, and they're now stranded in the ocean with only encircling sharks to keep them company. Now even for an 80-minute movie, this isn't much of a plot - especially considering that the film is pretty much a two-character piece - so the majority of our time is spent with Susan and Daniel as they float there, wondering what happened and what's inevitably going to happen, and we watch as the pair eventually loses their composure and lashes out at one another, fueled by years of petty resentments and mutual dissatisfaction. (Early scenes hint that they're not the happy couple they appear to be.) This is fascinating stuff - themes of bitter romantic discord in a shark movie, for God's sake - and writer-director Chris Kentis is obviously a man of skill, but Open Water will remain fascinating only in the abstract, because it's written like a soap opera and acted like an undergrad project, and this is where a lot of cinephiles reach a moral crossroads: We know we should like it, because it's low-budget and independent and shot on digital video and it sure wants to be good, but we don't like it because it's ... you know ... bad.

The writing is bad. The acting is bad. (Both leads get slightly better as the film nears its close, but for the most part, Ryan and Travis are indistinguishable from any number of sub-Melrose Place thespians.) The DV, which can work terrifically well given the right context (Blair Witch, with its trio of documentarians) or right emotional context (the photo-album pastiche of Pieces of April), is a major hindrance. And despite the fact that it's all "based on true events," the mostly crummy presentation actually makes you more aware that It's Only a Movie, and you can easily find yourself getting antsy; during one of the more supposedly "harrowing" moments involving the couple, my friend and I began whispering, "Shark bait! Shark bait!" Like many indies, Open Water has good rough edges, but it's sadly lacking as a feature film, and it's not strong enough to sustain the praise being heaped on it. 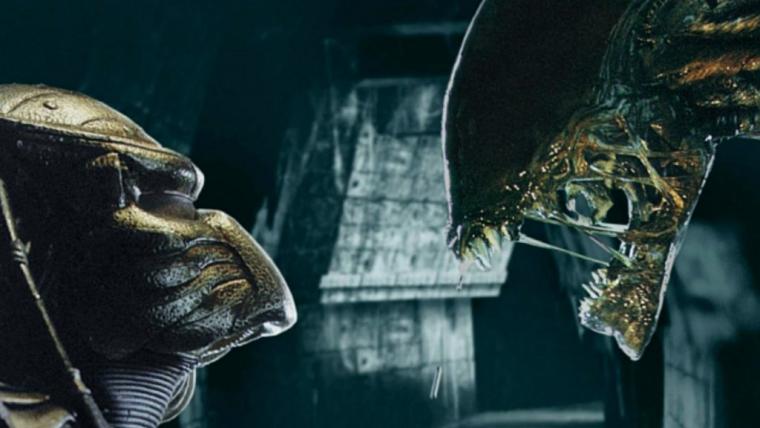 I probably would have enjoyed AVP: Alien Vs. Predator just fine if the damned humans didn't keep showing up to ruin the fun. In this hybrid follow-up to both monster-movie franchises, the Aliens and the Predators are at war here on Earth - their unfriendly acquaintance going back thousands of years - and a group of researchers and military types wind up in the middle of it; the humans gradually understand that, to survive, they'll actually have to join forces with one of the two horrific species. As a sci-fi conceit, it's a pretty good one. (And it's astonishing to see a Hollywood movie in which the Americans make an alliance with anyone.) Writer-director Paul W.S. Anderson has a strong story idea here and gets quite a bit of mileage out of it, and he allows the Aliens some tense, shivery moments; after more than 25 years, these evocative, reptilian creatures are still pretty damned scary. For fans of the genre, there is definite entertainment to be had in Alien Vs. Predator - the film is certainly better than last summer's eye-rollingly convoluted Freddy Vs. Jason matchup - but it comes after almost 75 minutes of protracted build-up, and after enduring the first four reels' wretched dialogue and mostly abysmal acting (even from the likes of Sanaa Lathan and Aliens' Lance Henriksen, who, in this installment, isn't playing a character so much as a red herring), anyone could be forgiven for exiting the theatre well before the toothy monsters started to rumble. I guess I'm on board with the inevitable AVP2, but only so long as the titular beasts take their fight somewhere else; the achingly bad "human element" here makes you want to bash your skull in, and these movies only require so much carnage. 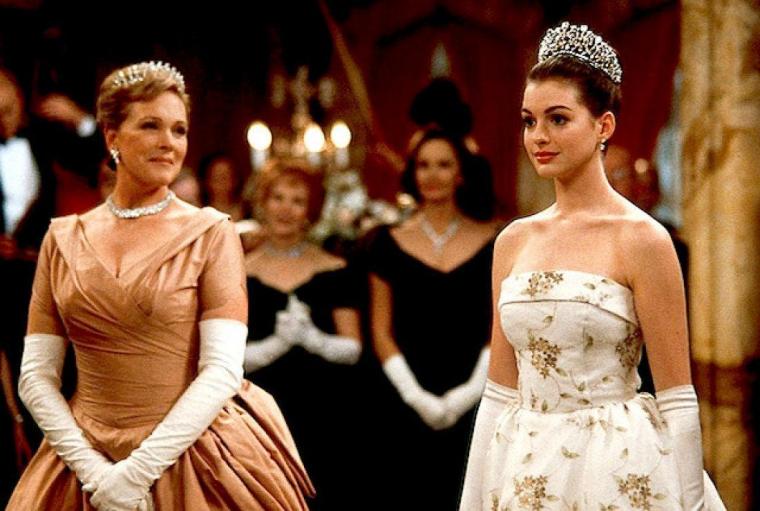 Anne Hathaway has inquisitive, saucer-shaped eyes, a grin that seems to encompass half her face, a solid grasp of acting, and a knack for looking radiantly beautiful while performing a humiliating pratfall - she's Junior Roberts. Still, after The Princess Diaries and Ella Enchanted, the question remained: Could she play someone other than Cinderella? With The Princess Diaries 2: Royal Engagement, the answer is a definitive "yes." She can also play Prince Charming. In this sequel to 2001's shockingly successful teenybopper hit, Hathaway's Mia is set to rule Genovia after her grandmother (Julie Andrews) relinquishes the crown, but discovers that, to fully claim her royal inheritance, she must first find a suitable husband within 30 days. As you can imagine, this is a major bummer for Mia, but she dutifully begins spouse-searching anyway, taking the occasional break to learn proper fanning techniques, throw a giggly slumber party, hug an orphan or two, and flirt with the studly rival for her throne. Needless to say, I hated every minute of this movie. But it appears to be the sort of pre-packaged, completely unsurprising, having-it-all-and-more fantasy that its target demographic eats up, so who am I to argue? If you are not an 11-year-old girl and find yourself at The Princess Diaries 2 anyway, at least know that you'll get momentary reprieve from the feisty Heather Matarazzo, who appears again as Mia's best friend, and shakes up the movie's fairy-tale universe with refreshing eccentricity; her casually inventive line delivery and absolute delight in playing the scrunchy-faced oddball makes Matarazzo her generation's Joan Cusack.