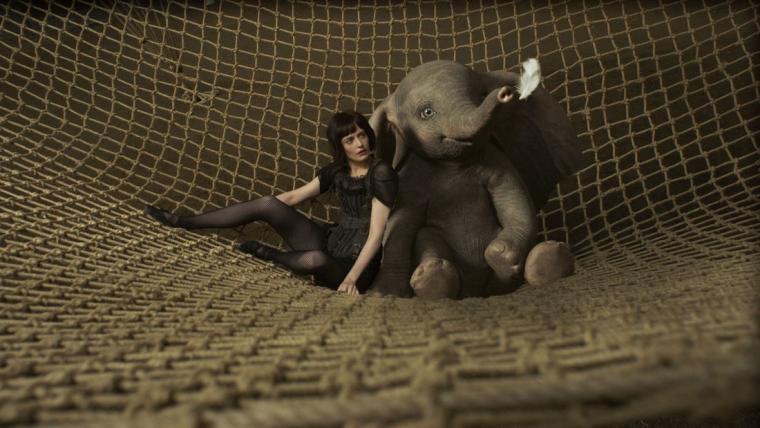 Eva Green and Dumbo in Dumbo

Friday, March 29, 9:45 a.m.-ish: Astoundingly, Disney's animated Dumbo from 1941 clocks in at 64 minutes, and my latest quadruple feature would no doubt start on a cheerier note if director Tim Burton's live-action remake also lasted just over an hour. Alas, this Dumbo is closer to two, and frequently feels more like four.

Despite the material's aggressive padding by Ehren Kruger – the screenwriter of not one, not two, but three Transformers movies – there are a few diversions in this circus-set tale of an adorable baby elephant whose oversize ears send him aloft. The 1919 period details are lovingly re-created, if not quite as extraordinary as the second half's vividly imagined Coney Island amusement park; it may be called Dreamland, but the site's vertiginous roller-coaster drops and sinister sideshow attractions make it more reminiscent of a beautifully conceived nightmare. (For a while, you're almost convinced that the much-missed Burton of Pee Wee's Big Adventure and Beetlejuice had come back to play.) Danny DeVito is fun as a growling ringmaster … just as he was fun as a growling ringmaster in Burton's 2003 Big Fish. And there's a genuinely nerve-wracking scene in which our heroic pachyderm is imperiled and you think a 64-minute running length – albeit one with a horrifically tragic ending – just might be in the cards. It's not. Aggressive sentiment, however, is, with Dumbo's moist CGI eyes shamelessly employed to milk nonexistent tears, and the blandly super-sized experience protracted further with leaden pacing and dull stereotypes that even Colin Farrell, Michael Keaton, and Alan Arkin can't enliven. (Young Nico Parker, as Farrell's science-minded daughter, is so deadpan she makes Christina Ricci's Wednesday Addams look hyperactive.) Meanwhile, the charismatic, deliciously insinuating Eva Green gets an appropriate femme fatale entrance but quickly turns into a chaste romantic prospect and saccharine mother figure. That may not constitute a crime, but as casting decisions go, asking Green to play Stock Disney Girlfriend is nothing if not dumb-o. 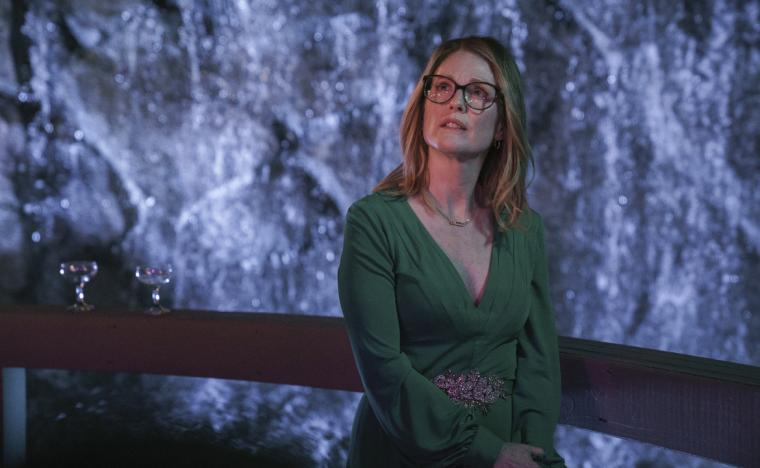 11:40-ish: My day at the cineplex gets significantly brighter thanks to Gloria Bell, director Sebastián Lelio's dramedy – a remake of his Chilean Gloria from 2013 – that covers several weeks in the life of Julianne Moore's 50-something divorcee heroine. I'd argue that nobody in movies laughs like Moore, and Lelio's star gets plenty of opportunities to unleash that magnificently full-bodied cackle of hers, whether enjoying Gloria's first bungee-jump, losing herself on a singles-club dance floor, or deliberately submerging her boyfriend's incessantly ringing cell phone in a bowl of soup. I'd also argue that nobody watching movies grins harder than I do when Moore is on-screen for nearly every frame of a 100-minute film, and Gloria Bell's lead is so thunderously focused, funny, soulful, beautiful, and emotionally precise here that she almost single-handedly makes this largely plotless entertainment a riveting viewing experience. She does have some help; John Turturro is superb as Gloria's quiet trainwreck of a beau, and there are loads of lovely, well-observed scenes involving Michael Cera, Caren Pistorias, Holland Taylor, Brad Garrett, Rita Wilson, Barbara Sukowa, and a silent Sean Astin. Yet there's really not much to the movie beyond its killer '70s/'80s soundtrack and Julianne Moore's resplendent performance. Happily, though, that's more – and Moore – than enough. 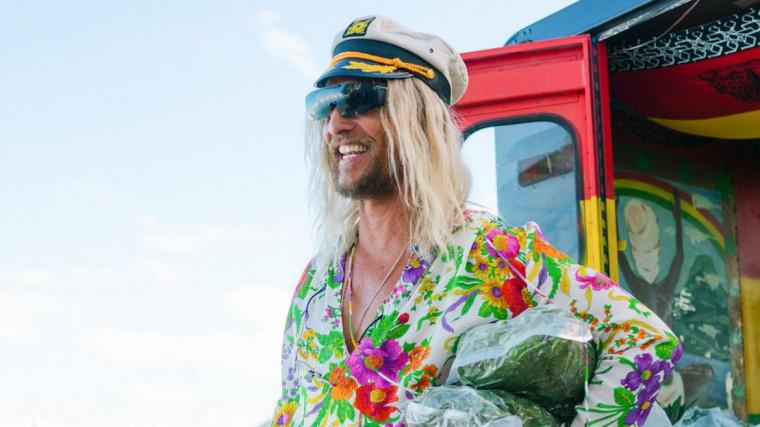 2:55 p.m.-ish: Like Gloria Bell, writer/director Harmony Korine's The Beach Bum has little in the way of narrative, telling of a fading hipster-icon poet dedicated to blissed-out hedonism in south Florida. As with Sebastián Lelio's movie, Korine's boasts a lot of recognizable performers (among them Isla Fisher, Snoop Dogg, Jonah Hill, Zac Efron, and Martin Lawrence) playing second fiddle to its lead. Lelio's star, however, is Julianne Moore. Korine's is Matthew McConaughey. And while the former is sublime, the latter is excruciating, enacting a grotesquely masturbatory exercise in cinematic self-regard that perhaps only McConaughey would have attempted, and that no one should have allowed. See Matthew drink. See Matthew smoke. See Matthew snort. See Matthew giggle with hideously fake enthusiasm. See Matthew in an adult diaper. See Matthew in a floral-print dress. See Matthew shake his thong-class ass at the camera. See Matthew piss in a street. See Matthew push a wheelchair-bound lady into a wall. See Matthew exhort his genius. (See everyone else – everyone else – exhort it, too.) See Matthew type. And type. And type. But for Heaven's sake, don't see The Beach Bum. A stoner-comedy art film with none of the pleasures of either genre, Korine's loathsome outing opens and closes with McConaughey reciting faux-poetic paeans to his penis – fitting bookends given that the guy spends 95 minutes acting like a dick. 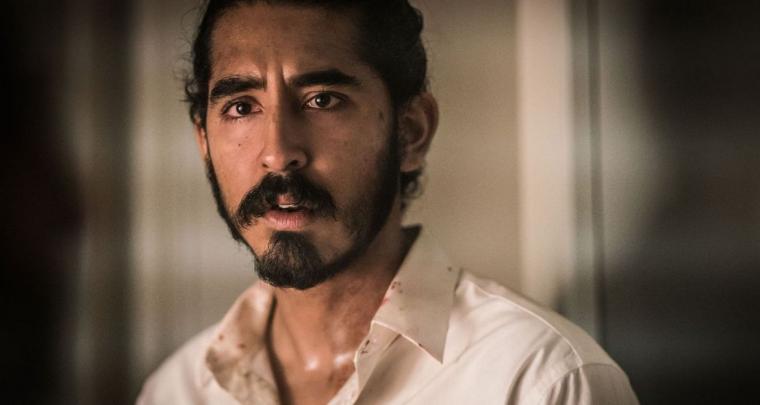 4:40-ish: Having detested every nanosecond of The Beach Bum, I enter director Anthony Maras' terrorism thriller Hotel Mumbai presuming that, if nothing else, I won't leave feeling even worse. Just over two hours later, I'm proven wrong – but at least wrong for the right reasons. A semi-fictionalized dramatization of the 2008 attack on India's Taj Mahal Palace Hotel that left more than 30 staffers and guests dead, Maras' debut feature is crisply, almost ruthlessly shot and edited, featuring sequences of nearly unendurable suspense that bring to mind a bloodier, more action-packed version of Paul Greengrass' United 93. The problem, however, lies in that “action-packed” descriptor, because as effective as Hotel Mumbai is, I also found it rather morally unconscionable. The heroism on display is undeniable and the actors are terrific; while Adupam Kher, as the hotel's unfailingly dutiful head chef, wins best-in-show honors, Dev Patel is very touching as a panicked waiter, and Armie Hammer is enjoyable as a startlingly handsome Ugly American with the naïveté (or nerve) to order a cheeseburger at an Indian restaurant. Yet the film's blithe blend of re-created scenes and actual news footage is close to appalling, especially when we're introduced – true event or not – to the unfailingly Hollywood subplot involving an infant whose cries put him and his babysitter in mortal danger. (It's as if The Quiet Place was transplanted into a really, really loud place.) As a thriller, Hotel Mumbai is strong stuff. As a docu-drama, however, it's insulting and offensive – an unspeakable tragedy re-imagined through a Jason Bourne lens.

6:50-ish: I exit the cineplex so depressed that I almost stick around for the abortion drama Unplanned, just to cheer myself up. Almost. God willing I'll never be that depressed.