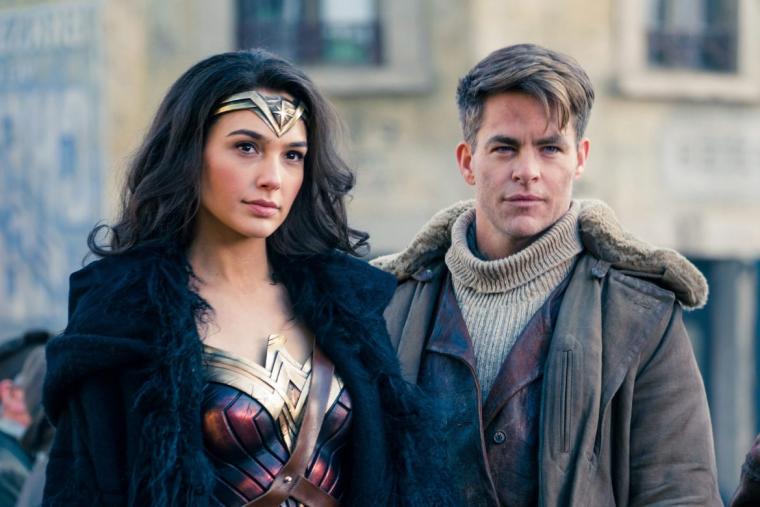 Obviously, the summer months – by which I mean Hollywood’s May through August – bring with them superhero movies. On some weekends, they bring with them only superhero movies. But I can honestly say I never planned on a superhero two-fer quite as delightful, unexpected, and satisfying as this past weekend’s debuts of Wonder Woman and Captain Underpants: The First Epic Movie. Despite their shared release date and origin-story setups, you wouldn’t think that much would connect director Patty Jenkins’ live-action blockbuster and director David Soren’s featherweight animated comedy. In truth, though, the works are nearly identical in basic yet crucial ways that too many costumed-crime-fighter sagas aren’t: They’re blessedly unpretentious, they’re (mostly) angst-free, and they’re entertaining as hell.

For nearly 150 minutes, 2016’s Batman v Superman: Dawn of Justice gave us a lot, and almost all of it was bad. Yet if nothing else, that lumbering comic-book epic delivered a thrilling blast of irony when Gal Gadot’s Wonder Woman burst on-screen with her instantly iconic heavy-metal-guitar accompaniment, and the last thing you ever thought would happen actually happened: Zac Snyder’s testosterone-fest was handily, and definitively, stolen by a female. Gadot was around just long enough to make you yearn for her character’s inevitable solo vehicle, but even then, a successful Wonder Woman was hardly a foregone conclusion. Would it be just as grim and portentous as DC Studios’ (and Snyder’s) other endeavors? Would it be yet another ho-hum origin tale that appeared to exist solely to build hope for more-engaging sequels? Would two-plus hours of the BvS show-stealer prove too much of a good thing? Happily, even shockingly, those answers turn out to be no, no, and absolutely not. 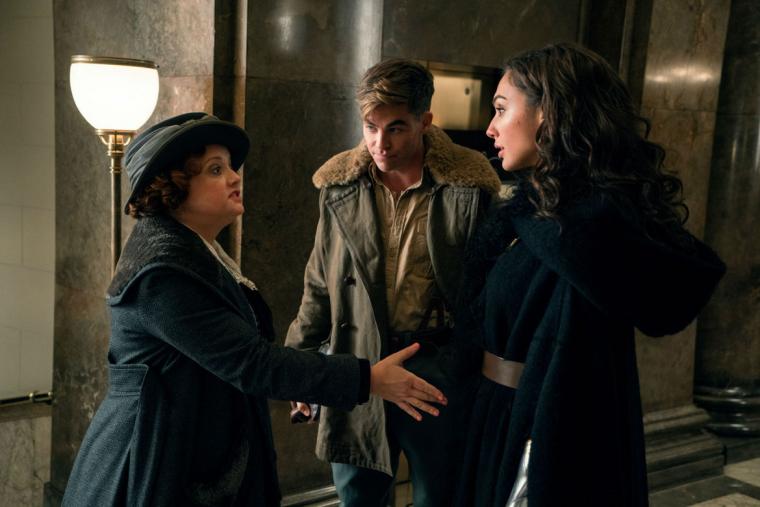 To be sure, I have some issues with Jenkins’ franchise starter/extender. Take the climactic battle royale, for instance: It could go, and I wouldn’t feel the loss. While most of this action adventure is fleet and inventively staged, the protracted finale that lasts about a half-hour is just another loud and lugubrious world-ender with a floating über-baddie who can bend CGI pixels at will and speaks only in hackneyed comic-book balloons. The trio of comedic sidekicks played by Ewen Bremner, Saïd Taghmaoui, and Eugene Brave Rock is more amusing in theory than practice. And while I was frankly relieved to see Danny Huston play a nefarious megalomaniac who isn’t a “surprise” villain – a ruse that stopped being surprising about 20 IMDb credits ago – we’re still frequently stuck with Danny Huston, the cinematic equivalent of a “constipated” emoji. The majority of Wonder Woman, however, is so much fantastic fun that you can easily glide past its failings and excesses.

Following a very brief prelude reminding us that Affleck’s Batman is (unfortunately) around even when we (thankfully) can’t see him, we’re whisked back in time 100 years to young Diana’s upbringing on the hidden, Amazonian island of Themyscira, where she lives in peace, causes mischief, and trains to be a warrior. If all that this segment provided was the applause-worthy sight of an airborne Robin Wright, in slow-motion, launching a trio of arrows with a beatific smile, it’d be time wholly well-spent. But the Themyscira scenes, with Connie Nielsen wondrous as the future Wonder Woman’s mother Hippolyta, are ravishing in their otherworldly beauty and undisguised celebration of empowerment. And when a vaguely addressed space/time portal opens and Gadot’s adult Diana travels to WWI-era London alongside a flyboy spy (Chris Pine’s Steve Trevor) for the Allied forces, Jenkins’ outing becomes far more than a traditional superhero(ine) fable. Put bluntly, it becomes a pair of outstanding comedies – romantic and screwball – that flourish on the spectacular charisma and rapport of Wonder Woman’s stars.

If BvS was Gadot’s “a star is born” moment, this is her “a star is assured”; the native Israeli is so phenomenally expressive and sincere here, and such a magnificent ass-kicker, that a whole generation of little girls – and maybe bigger girls – may now have a new answer to the question “What do you want to be when you grow up?” Pine, meanwhile, matches Gadot in emotional accessibility and quick-wittedness, and the actors’ chemistry is legitimately swoon-worthy. (A buddy and I agreed that we would’ve been more than content with two whole hours of Diana’s and Steve’s getting-to-know-you on a floating raft.) Adding the incomparable Lucy Davis as a daffy suffragette, Elena Anaya as a freakish and ferocious evil scientist, the honey-tongued untrustworthiness of David Thewlis, and reams of other incidental pleasures, and I can’t wait to see the unanticipatedly fantastic Wonder Woman again. 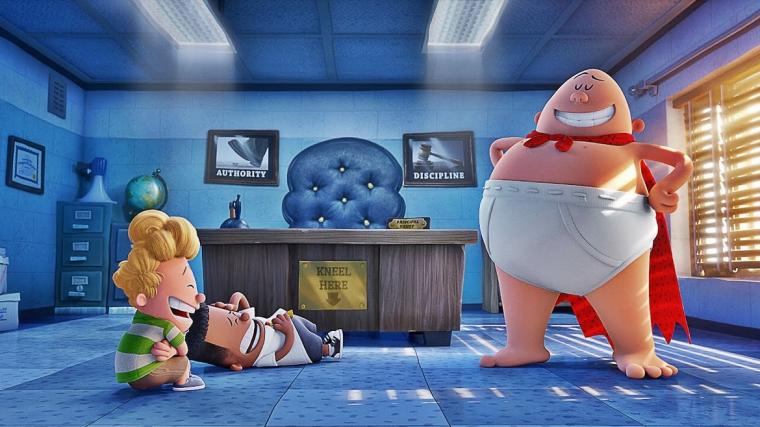 As for Captain Underpants, check in with me at this point next year, because by then, after endless repeat viewings, I may well have the film committed to memory. In short, it’s based on the beloved children’s books by Dav Pilkey, and concerns a pair of grade-school besties (Kevin Hart and Thomas Middleditch) whose goofy, brief-wearing comic-book hero (Ed Helms) comes magically to life. In shorter: It’s perfect. Easily the most hilarious and brilliantly voiced animated feature since The Lego Movie, this ceaseless parade of invention and uproarious non sequiturs never lets up on the cleverness or delicious “WTF?!?” asides, and repeat viewings might actually be mandatory to catch all the jokes. I may have gotten a tad misty at Wonder Woman’s eventual Diana-and-Steve payoff, but I was positively weeping at the CU gags involving sock puppets and Les Mis-y schoolkids and Oprah and Nick Kroll’s Professor Poopypants and the boys’ whispered giggle of “We’re so guilty!” It takes nerve to subtitle a superhero’s debut adventure The First Epic Movie. But please, Hollywood, let this particular genre franchise thrive until the animated hands of Captain Underpants’ young creators are too arthritic to turn the pages.