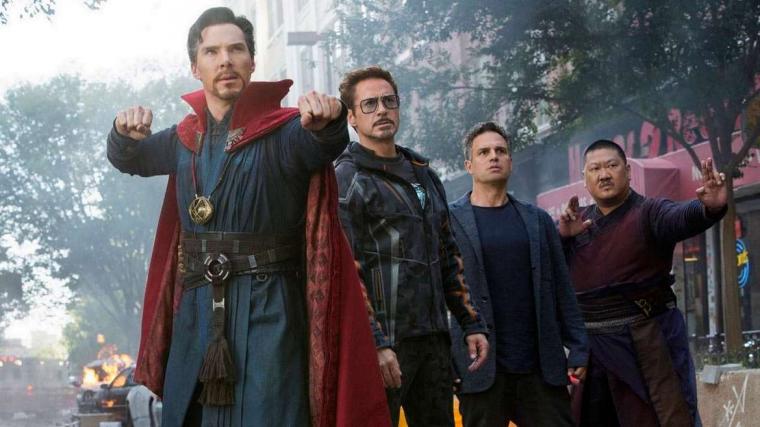 What can I say about Avengers: Infinity War? I'm genuinely asking: What, this early in the film's run, can I possibly say about Marvel's rabidly awaited comic-book adventure that wouldn't somehow be deemed a spoiler? Maybe it's best to begin gently, not by reviewing the film, but by reviewing the audience. Because even if I didn't enjoy what transpired on-screen – and I generally did, and quite a lot – the crowd reactions at my sold-out 7 p.m. IMAX screening on April 26 would've made the whole experience worthwhile.

As someone who tends to arrive mid-trailers and leave at the first hint of closing credits, I can't remember the last time I saw a movie from before its previews started to its very last shot. But for this one, I was glad to have been there the whole time. Trailer-wise, I was relieved to learn that I wasn't the only attendee underwhelmed by footage from the new Star Wars offshoot Solo, and while my fellow patrons seemed to like our hints of Venom and love our hints of Deadpool 2, I was delighted to find the heartiest, happiest vocal response reserved for The Incredibles 2. As for the obligatory end-credits stinger – and yes, impatient viewers, there eventually is one – there were collective gasps, a collective laugh, and a final image that made some people applaud and a man in the front row ask “What the hell was that?!” … just the response I'm betting the Marvel brigade was hoping for. (I myself didn't laugh when I was meant to, but explaining why is, naturally, a spoiler.)

Regarding audible responses to Infinity War itself, hoo-boy were there some memorable ones! One of the first was barely audible at all, as the opening seconds of directors Anthony and Joe Russo's superhero epic were met with respectful, even reverent silence – the kind that made A Quiet Place so thrilling when those around you momentarily stopped munching their popcorn or you could ignore the sounds of Ready Player One or Rampage bleeding through the wall of the next-door auditorium. There was a sustained hush through most of the climax, too, interrupted only by slow inhalations of breath and the occasional “Oh no … ,” suggesting that the hoped-for gravity of the film – the first of Marvel's two-part Avengers finale – may have been weightier than anyone was expecting. And in between these subdued bookends was roughly 150 minutes of vocally expressive joy. 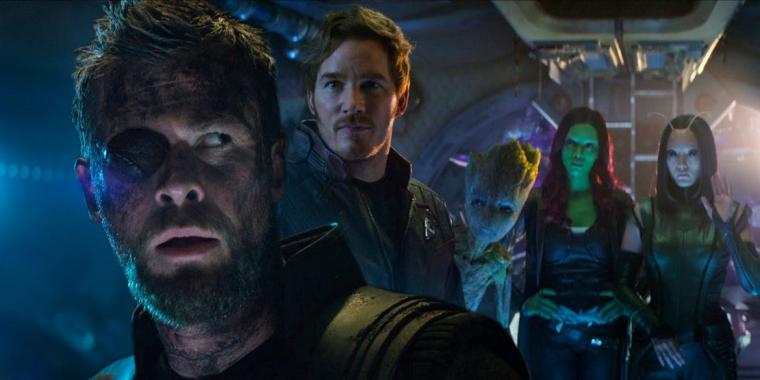 The many jokes, callbacks, and personality clashes, of course, elicited raucous laughs, and plenty of routines deserved them: a frustrated Bruce Banner (Mark Ruffalo) trying to force out his inner Hulk like a guy unable to pee in a packed men's room; Mantis (Pom Klementieff) remarking that her Guardians of the Galaxy “kick names and take ass” and Tony Stark (Robert Downey Jr.) replying with five seconds of dumbfounded silence; Dave Bautista's Drax commenting that Chris Hemsworth's Thor “looks like a pirate had a baby with an angel.” (Man, but Bautista is great in this role – will someone please give him a franchise of his own?!) But there were nearly as many cheers as cackles, and sometimes the two sounds were indistinguishable, as when Chris Evans made his first appearance as Captain America. And when Thor was finally given a weapon beyond his pirate-angel handsomeness. And when, in an insanely clever casting coup, Peter Dinklage showed up. (For those of you thinking “Spoiler!!!” on that, relax: It can't be a spoiler if the info is right there on the movie's IMDb page.)

At our screening, on-screen events inspired continual rumbles of excitement and anticipation, particularly in regard to reunions: our return to the Wakandan homeland of Black Panther (Chadwick Boseman), a locale that feels familiar yet still enticingly new; Black Widow (Scarlett Johansson) locking eyes with the long-lost Banner; a Marvel villain we didn't expect popping up in the last place we'd ever expect. (“Jesus Christ,” said the patron behind me, voicing what we were likely all thinking.) There were throwaway bits that scored prolonged giggles, from the reference to the Ben & Jerry's flavor “Hulk-a Hulk-a Burnin' Fudge” to the introduction between Captain America and Vin Diesel's Baby Groot. (“I am Groot!” “I am Steve Rogers.”) In truth, the only times I didn't register the crowd's active presence were in moments between Paul Bettany's Vision and Elizabeth Olsen's Scarlet Witch, whose encounters were a tad dull, and in sequences showcasing Josh Brolin's Thanos, who – in his quest to collect the six Infinity Stones and eradicate exactly half of all life forms in the universe – was the polar opposite of dull.

So, at last, my review. The cast is extraordinary, and that's without having mentioned Chris Pratt, Don Cheadle, Sebastian Stan, Anthony Mackie, Benedict Wong, Letitia Wright, and the voice of Bradley Cooper. The emotions are palpable, and that's without having mentioned Benedict Cumberbatch, Zoe Saldana, Tom Holland, Tom Hiddleston, Danai Gurira, Karen Gillan, and Idris Elba. The effects are largely extraordinary. The expository dialogue, boasting too many variants on “Where is the Stone?” and “Give me the Stone!”, is largely underwhelming. The early action scenes are brisk and involving. The late action, at least before the narrative coup de grâce lands, is repetitive and tiresome. There are unexpectedly beautiful yet freaky images, especially in the repeated employment of blown bubbles. There's a superb shout-out to Aliens. Stan Lee gets one of his most satisfying cameos to date. And the CGI-enhanced Brolin, along with the Russos and the writers, make Thanos a figure of such Shakespearean grandeur and horror and even empathy in Avengers: Infinity War that he may be the new standard-bearer for Marvel villains, to say nothing of the chief reason that I'm already antsy for next year's wrap-up. 'Nuff said.