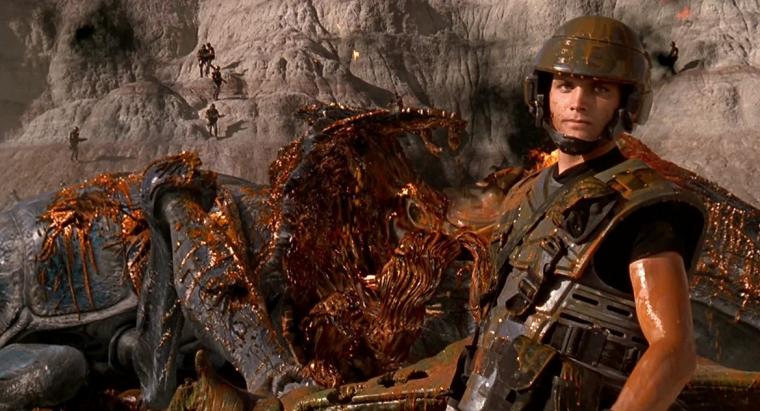 I've recently taken advantage of several opportunities to promote the Reader's newly revamped Movie Review Index of more than 3,000 titles covered over the last 20 years. (Well, look at that: I just did it again.) But I'll let you in on a secret: As a writer whose own past writings tend to embarrass him for their datedness, awkward phrasing, and flagrant over-employment of semi-colons and italics, it wouldn't bother me if you ignored everything I contributed to that index prior to … oh, I dunno … maybe 2013 or so. Honestly, even the idea of someone reading something I wrote last year makes me a little uneasy.

Yet the only reviews I wish I could truly erase from existence are the pans of movies that I wound up loving down the line – films that don't deserve to be encased forever in my critical cement. (I promise that's a phrase that won't take me a week to regret, let alone a year.) Thankfully, there aren't many of them, partly because I feel, as I've written before, that life is too short to sit through crap movies twice. But the following five titles are all works that I was initially leaning on the fence about and chose to diss, those first opinions – having had at most two days, at the time of their composition, to mull over the experiences – not being opinions I currently hold in the slightest. 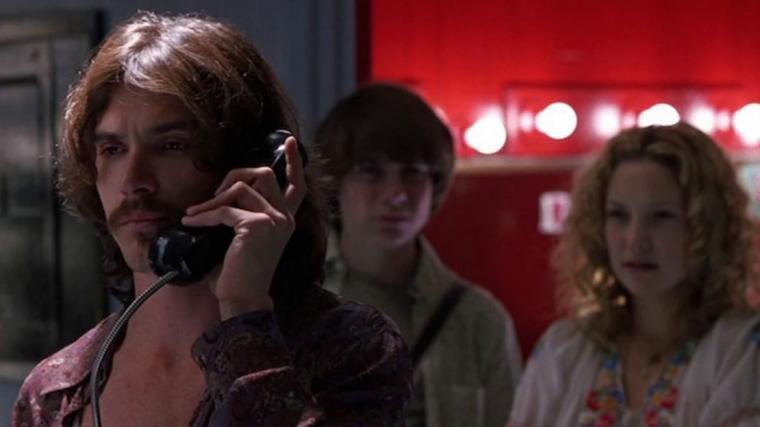 What I Wrote in 2000: “Almost Famous ends up as far less than the sum of its parts – a movie so intoxicated by its period that elements like character and conflict barely exist.”

What I Feel Now: Okay, so this reversed opinion isn't entirely my fault. While the version of Cameron Crowe's road(ie)-trip comedy that I reviewed – the one that eventually earned the writer/director an Oscar for Best Original Screenplay – had much to recommend it, it still felt, at best, more like a sketch than a wholly formed artistic creation. That was absolutely not how I felt, however, when the film's “bootleg cut” ironically titled Untitled was released on DVD a year later. Boasting more than a half-hour of reinserted footage cut from the original, Crowe's newly expansive, character-driven rock saga seemed to nullify, or at least make irrelevant, nearly all of my initial complaints about the shallowness and surface charm, and even Patrick Fugit's distractingly dull leading performance improved given the added breathing room. Almost Famous quickly turned into a favorite repeat watch that I still watch with regularity, and while I gave them all faint praise the first time around, I'm now continually knocked out by the portrayals of Kate Hudson, Frances McDormand, and Billy Crudup, the latter of whose turn as ascending rock god Russell Hammond should've made the Tony winner a huge film star. (It should go without saying that, as we all did, I knew just how good Philip Seymour Hoffman was even on a first viewing.) So bravo to Crowe for one of very few director's cuts that actually make the movie better. And in case you were curious, about a decade ago, I did finally make myself watch the film in its original 2000 presentation. Guess what: It's pretty great, too. So yeah, in the end, totally my fault. 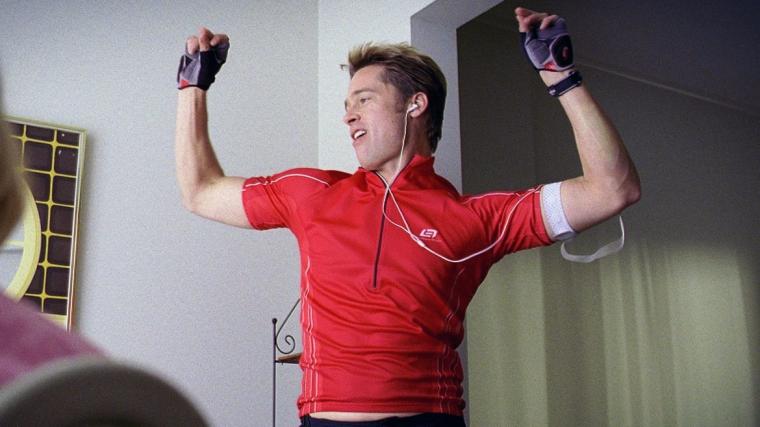 What I Wrote in 2008: “There are scattered giggles throughout the Coens' latest, but not nearly enough of them; put simply, Burn After Reading isn't as bad as Intolerable Cruelty, and it isn't as good as ... well ... all the others.”

What I Feel Now: I long ago realized that Joel and Ethan Coen were way-smarter than I was, but my inability to grasp what they were up to in this deliberately broad espionage comedy felt, for years, particularly irksome. “Why aren't I getting this?” I would think. “Can this really just be a spoof of stupid, venal Washington D.C. types? What's the point of that?!” On a first viewing, I rashly presumed there wasn't a point, and that Burn After Reading was just a way for the Coens to blow off some goofy, black-comedy steam after hitting a career-high pinnacle with 2007's No Country for Old Men. But because it's the Coens, I kept returning to the movie even after I presumed I'd never watch it again, and it eventually hit me: It wasn't the “types” the siblings were lampooning; it was the entire D.C. system of rewarding those whose sole motive is self-interest, and punishing those who foolishly choose to care about the interests of others. (Not for nothing, I think, do the only two major characters who operate for someone else's benefit meet grisly deaths.) Especially for a Coen-brothers release, this comedy isn't really laugh-out-loud funny, except in a few of Brad Pitt's more outré choices. Yet in its satirizing of the appalling behavior of those whose only consideration is me me me, this fiendishly plotted experiment is wickedly hysterical – a poisoned valentine to everyone, well-off and struggling alike, who feels unduly entitled. At the finale, J.K. Simmons' C.I.A. director basically throws up his hands in disbelief at the idiocy of it all. The throwing up is the point. 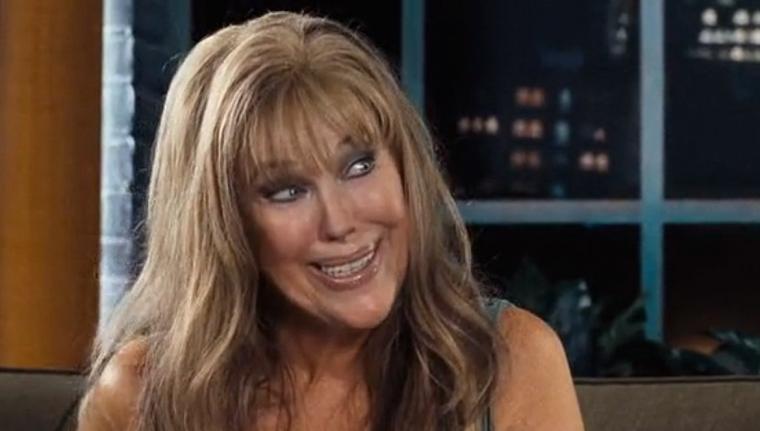 What I Wrote in 2006: “I left the movie clamoring for more: more insight, more detail, and above all, more soul – everything his [Christopher Guest's] previous mock-doc works provided in spades.”

What I Feel Now: Given that this ensemble farce's showcase comedian is Catherine O'Hara, and that there's a solid role for Eugene Levy, I suppose my change of heart could be chalked up to the lingering effects of Schitt's Creek adoration. But that wouldn't be accurate, as I regretted my original dismissal of Guest's Hollywood satire almost a decade before I first laid eyes on Moira and Johnny Rose. We all know that disappointment, whether rational or not, will generally color your impressions negatively. And even though I knew going in that Guest's show-biz tale wouldn't be presented in the mockumentary format of his Waiting for Guffman and A Mighty Wind masterpieces, that didn't stop me from feeling cheated – and consequently more willing to pick the film apart for its sourness, easy targets, and relative lack of warmth. But back in 2006, I didn't know it would take 10 years – until the release of Netflix's Mascots – for another Guest feature, and over that decade I had plenty of time to appreciate For Your Consideration for what it is: an unexpectedly bitter yet bracing take on misguided Oscar mania, and one in which O'Hara, despite the cruelties her character suffers, provides buckets of warmth. (That and perhaps the finest makeup-free approximation of plastic surgery in film history.) Although not a traditional Guest outing, I still giggle just thinking about O'Hara's “death scene,” and Jane Lynch's Mary Hart stance, and Nina Conti's ventriloquist meteorologist, and Don Lake's dollop of drool … . In my original review, I wrote that the film left me “feeling disappointed, and a little depressed.” Fourteen years later, it always makes me smile. 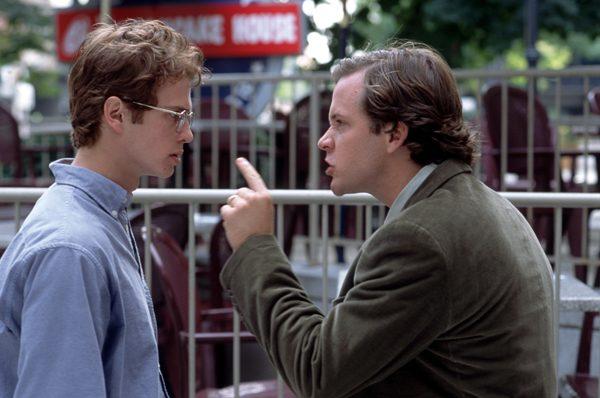 What I Wrote in 2004: “Hayden Christensen gives an overly mannered performance as [Stephen] Glass, the supporting cast (Chloë Sevigny, Hank Azaria, Steve Zahn, Rosario Dawson) is underused, and you often can't tell if [Billy] Ray's staging, and his direction of actors, is intentionally unrealistic or merely incompetent.”

What I Feel Now: Composing just under 200 words on this sham-journalist exposé (yes, once upon a time I actually knew what brevity was!), I basically reduced my initial opinion on writer/director Ray's drama to “it's not a very strong film,” even though it was “certainly worth a rental.” It took all of two additional viewings to make me wish I could amend those public sentiments to “it's a very strong film” that's “certainly worth a purchase.” Maybe Christensen was just too believable as a needy, self-pitying charlatan for me to see the artfulness in his feature-length ruse that suckers you in as surely as Stephen Glass' nice-guy act suckered his co-workers. Maybe I mistook the movie's considerable speed and energy, and the expedient employment of its first-rate actors, for detrimental blitheness. Maybe I hurled the totally unfair “incompetent” insult at Ray's direction not because of perceived weaknesses, but because I didn't recognize unreality as Shattered Glass' chief subject; almost nothing here feels true because almost nothing about Glass is. Maybe I was just feeling bitchy. Whatever the reasons, I'm happy to admit how wrong I was about this fascinating, stupendously entertaining procedural that I've now seen dozens of times over, and for reasons even beyond the extraordinarily subtle and moving Peter Sarsgaard as Glass' New Republic editor Chuck Lane – even if the actor, in career-best form, is the main reason I watch it so much. Azaria, who's also excellent, is cast in the film as The Boss of Your Dreams. But Sarsgaard does him one better, convincing you that the only thing better than a perceived workplace hero is a decent, ethical, moral, actual one. 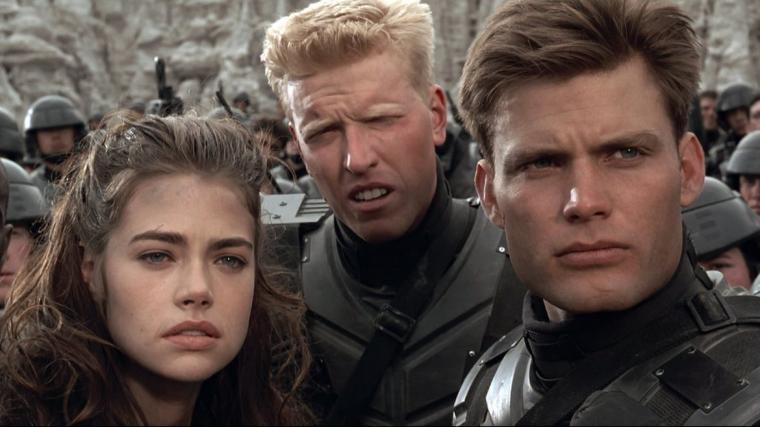 What I Wrote in 1997: “I don't expect blazing originality from service sci-fi like this, but I do prefer not to be insulted.”

What I Feel Now: First off, you're gonna have to trust me on that quote, as the reviews I composed for the Reader between 1995 and 1999 are blessedly off-line and hopefully only available in scrapbook form. Secondly, because I can't currently invite you over to look at my scrapbooks, I'll share another opinion from my original review: “The deaths really feel painful, but the movie eventually fails because I didn't want any of the characters to live.” But thirdly, in this movie's context, why should that matter? Not long after this sci-fi action-thriller's release, I remember seeing the film described as “what Star Wars would look like if the Nazis won World War II.” And in retrospect, that's exactly what it is. After a few more late-'90s viewings of director Paul Verhoeven's combat thriller with really really big alien bugs – a movie my then-roommate wanted to watch on VHS all the time – my obvious gripes about the wooden acting, bum dialogue, and remedial storyline became absolutely immaterial. Let the bugs randomly kill our soulless human protagonists; they're Nazis! The dialogue sucks? Well, the Third Reich wasn't exactly known for its subtlety, was it? The narrative makes you roll your eyes? I can think of another sci-fi flick with the pretty dopey plot: Star Wars! If “guilty pleasure” had an entry in Webster's, it would no doubt be accompanied by a photo of Verhoeven's ferocious yet silly monsters – or maybe of Casper Van Dien and Denise Richards (remember them?) trying to emote, or Neil Patrick Harris inspiring a cheer with the priceless realization “It's afraid!!!” Starship Troopers is terrible. I love it so much.