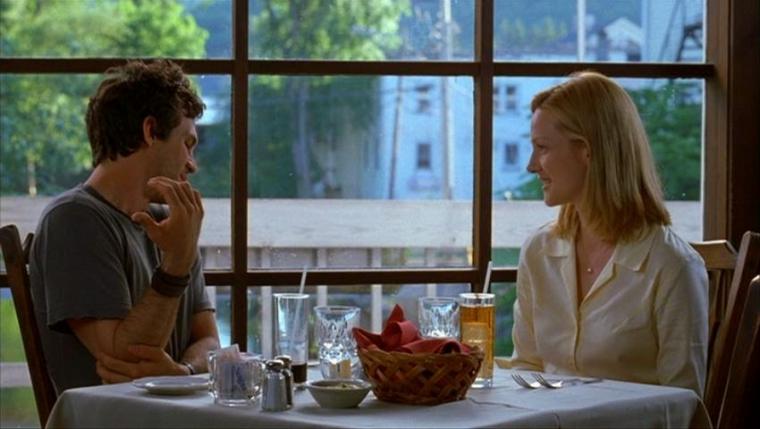 Mark Ruffalo and Laura Linney in You Can Count on Me

Recently, I've been having a lot of fun returning to favorite titles from my pre-Reader tenure, offering reviews on films that would've been covered in the paper immediately if my publisher had the foresight to hire me when we were both six. But let's take a brief break from that and focus instead on another subset of adored yet professionally ignored movies: the ones released since my reviews began appearing online in 2000 that, for whatever reason, never got reviewed.

With only a couple of exceptions, the included titles are ones I initially caught on home video, sometimes many months after their initial debuts. (My then-roommate finally introduced me to the genre pleasures of Brick seven years after its release. I'm deeply ashamed.) Yet the reason there are four times as many mentions from 2000-2009 as there are from 2010-2020 is that, prior to their shutdown, our local cineplexes and Iowa City's FilmScene venues were doing a damned fine job of bringing movie fans most everything we could ask for. We may not be New York or L.A. or Chicago with their more expansive selections of world-cinema offerings and mini-budgeted indies and documentaries. Our options, however, widened considerably in the last 10 years. Fingers crossed, they'll eventually be wide again.

In the meantime, here are 20 excellent home-viewing options from the last two decades that are finally getting their official Reader props. I've restricted every write-up to 50 words or fewer in deference to your patience. And also to give myself an extra writing challenge. 'Cause we gotta find ways to pass the time somehow … . 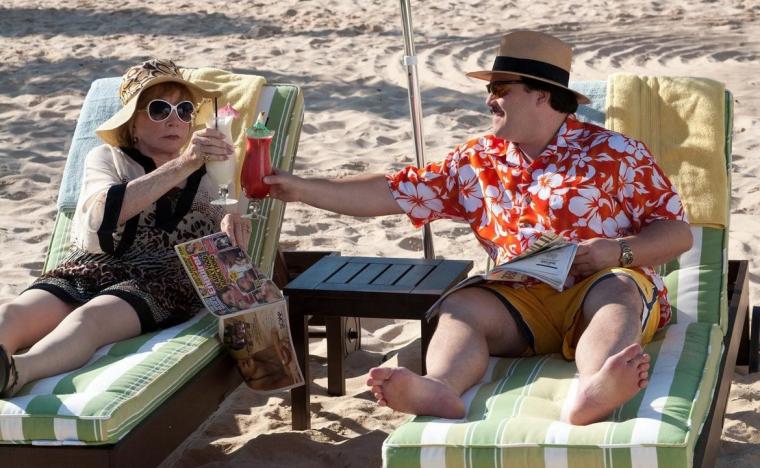 Amour (2012): Michael Haneke's raw, impeccable romantic tragedy won the Foreign-Language Film Oscar and was nominated for Picture, Director, Screenplay, and Actress for Emmanuelle Riva's octogenarian leveled by a severe stroke. It's Haneke, so it's pretty claustrophobic and grim. Too much so, maybe, for your current mood? Understood. Moving on … .

And Everything Is Going Fine (2010): Employing 20 years of performance and interview footage yet no narration or talking heads, Steven Soderbergh crafted a funny, thoughtful, inspiring, haunting, and expansive bio-documentary on Spalding Gray, the beloved monologuist who committed suicide in 2004. Also too grim? Man, fun titles gotta hit this list eventually … .

Bernie (2011): Fun at last, even if Richard Linklater's comedy-doc hybrid does find Jack Black's mortician murdering Shirley MacLaine's elderly crank. But he's so sweet! And so apologetic about it! A dozen viewings later, I'm still knocked out by this true-crime riot's originality, empathy, and nonprofessional ensemble of small-town Texans playing themselves.

Brick (2005): More fun, albeit steeped in noir, as Joseph Gordon-Levitt's high-school gumshoe investigates the drug-related disappearance of his ex. What could've been Bugsy Malone for Dashiell Hammett is instead thrillingly, deservedly notable for introducing Rian Johnson's voice and style long before Last Jedi and Knives Out. It's a helluva calling card. 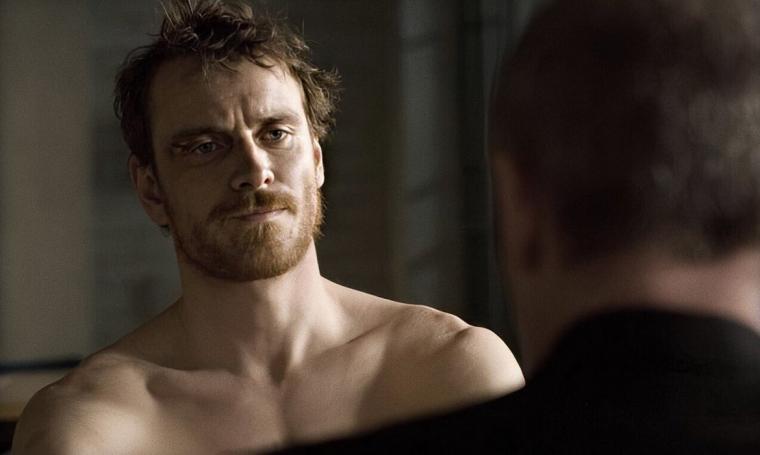 Cassandra's Dream (2007): Polished, sophisticated, resonant screw-tightening with Colin Farrell's and Ewan McGregor's desperate brothers hired for a contract killing. The story is compelling; the leads are outstanding. But if you're not a fan, be forewarned: It's a Woody Allen film. Does it help knowing you don't have to see or hear him?

Gerry (2002): Matt Damon and Casey Affleck get lost in the desert. That's it. That's the movie. Leave it to Gus Van Sant, though, to make this neo-realist two-hander spellbinding through hypnotically long takes accentuating the escalating dread. If possible, Gerry is even more wrenching than Van Sant's Elephant. Major compliment.

Ghost World (2001): A must-see for Scarlett Johansson completists, Terry Zwigoff's comic-book adaptation entwines the lives of two jaded teens and a middle-aged collector of nostalgia-ware. Given its humane, Oscar-nominated script, Steve Buscemi's sadness, Thora Birch's dry wit, and Johansson at her most comically deadpan, I'm nostalgic for a viewing just typing this.

Hunger (2008): Any movie that receives angry walk-outs and a standing ovation at Cannes is worth seeing, and director Steve McQueen's brutal, mesmerizing feature-film debut about Ireland's 1981 hunger strike sure is, boasting takes even longer than Gerry's and finding an instant star in Michael Fassbender. Even rail-thin, he's beautiful. That bastard. 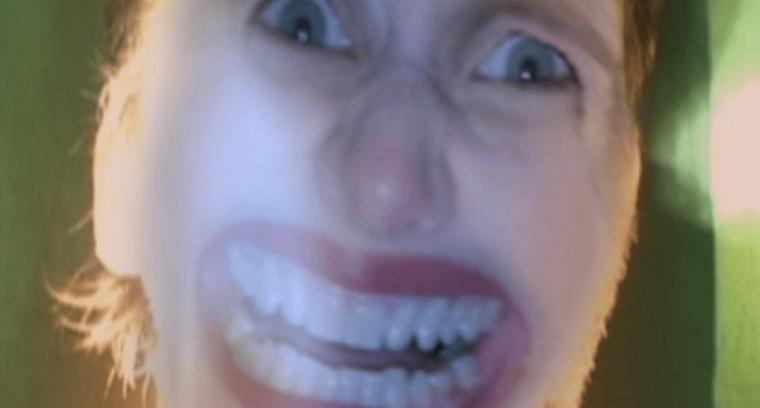 I Love You Philip Morris (2009): Why don't more people know about this remarkably subversive Jim Carrey showcase? Because Glenn Ficarra's and John Riqua's real-life dark comedy concerns a passionate affair between prison cellmates Carrey and Ewan McGregor? Because Carrey, at one point, fakes AIDS out of romantic desperation? Hmm. Might've answered my own questions there.

Inland Empire (2006): This was David Lynch's last cinematic offering until Twin Peaks returned, and his three-hour exercise in show-biz surrealism is both an astounding visual and aural experiment and a serious endurance test. I passed the test on my first viewing. I'll letcha know if I build up the strength for another.

La Vie en Rose (2007): Marion Cotillard received one of the millennium's most deserved Oscars for her channeling of French chanteuse Édith Piaf, and I can barely think about her unraveling in Olivier Dahan's bio-pic – sometimes under Oscar-winning prosthetics – without reflexively tearing up. She may lip-synch Piaf's numbers, but Cotillard's soul-crushing portrayal sings. 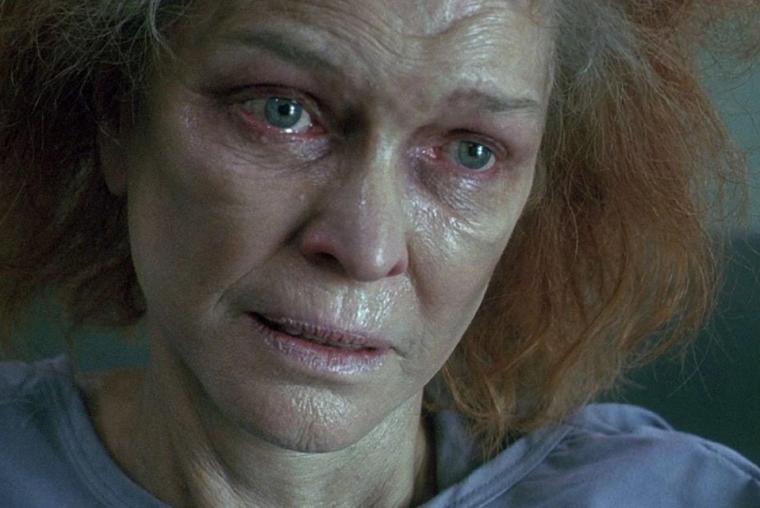 Requiem for a Dream (2000): Yeah. This one. Darren Aronofsky's psychedelic drama with Jared Leto, Jennifer Connelly, Marlon Wayans, and Ellen Burstyn doing, and becoming, horrible things en route to their next drug fixes. It's sobering and staggering, no question. And I'm sure I'll view it again someday. Maybe right after I re-watch Inland Empire.

The Savages (2007): In contrast to many of these titles, Tamara Jenkins' Oscar-nominated dramedy about siblings confronting their dad's dementia only sounds unbearably depressing. It's more often funny, heartfelt, and wise, and also our sole opportunity to see Philip Seymour Hoffman and Laura Linney paired onscreen. That alone makes it worthwhile.

Synecdoche, New York (2008): Hoffman again, this time as an unwell stage director attempting the ultimate in Bizarro-world realism. If you found Charlie Kaufman's Being John Malkovich, Adaptation, and Eternal Sunshine screenplays too linear and conventional, his directing debut will be right up your alley. What a strange, fascinating, twisted alley that must be. 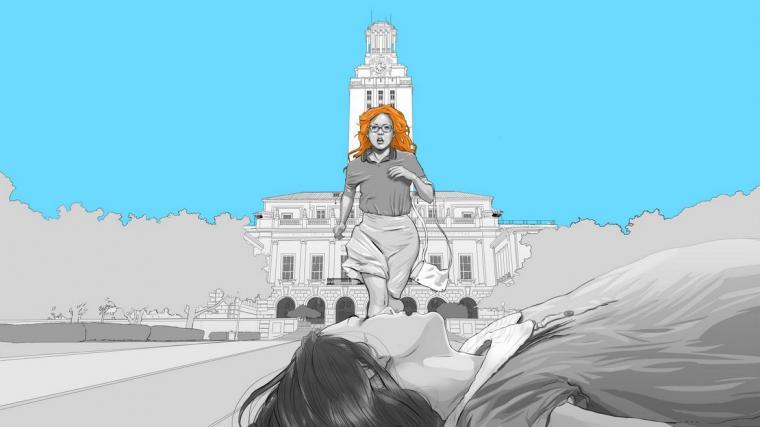 Take Shelter (2011): Michael Shannon envisions the encroaching apocalypse in Jeff Nichols' psychodrama, and to misquote Billy Joel: He may be right; he may be crazy. I love this fiercely well-acted gut-clencher, but you might wanna wait and watch it post-pandemic. Or watch it immediately. It hits a li-i-i-ittle close to home.

The Ten (2007): Finally! A goofy-ass comedy with nothing of redeeming social or moral value! True, David Wain's anthology is inspired by the Ten Commandments. But my continual joy at this seemingly stupid, deceptively smart satire is so profound it's practically sinful. Five words: “Justin Theroux as swarthy Jesus.” One more word: “Genius.”

Tower (2016): One of last decade's most powerful documentaries and animated features, Keith Maitland's ingenious recreation of the 1966 Charles Whitman shootings offers fresh perspective and, in its rotoscope animation, a more thorough view of the tragedy than live action alone could've delivered. Whitman's the villain. Everyone else on-screen is a superhero.

You Can Count on Me (2000): Saving best for last (thanks, alphabet!), Kenneth Lonergan's tender, insightful, colossally affecting family dramedy with Laura Linney and Mark Ruffalo as newly reunited siblings is such a favorite of mine that I'm embarrassed to have not reviewed it before. My bad. It's perfect. Let its greatness no longer go unmentioned.

For other reviews from 2000 (and before) to the present, visit the Reader's Movie Review Index.