And the Oscar Goes to … Not You: 20 Performers Still Awaiting Their First Academy Award Nominations 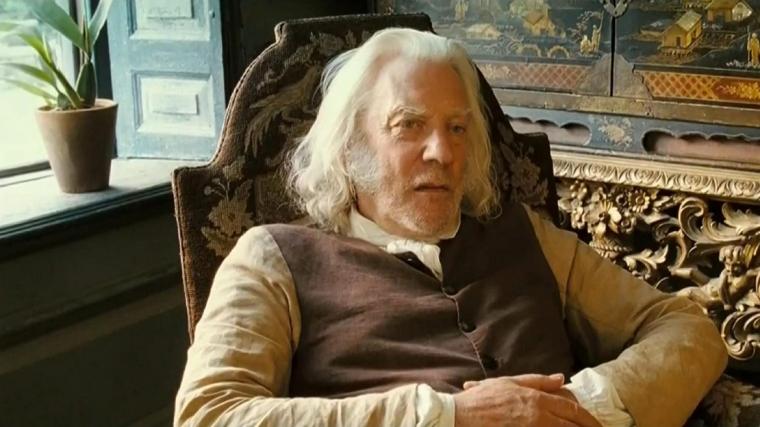 Even though it's felt like a zillion years, 2020 is finally half over. And because we're six months into the year, Web sites devoted to Oscar prognostication are already in full force, and have apparently, collectively come to the conclusion that, as with everything these days … we don't know anything. We don't even know if the Oscars will happen, despite plans in place for the film year to effectively end at the end of February. (At present, movies released through February 28 of 2021 will be eligible for 2020 Oscars, with the ceremony – live or virtual, no one can say – tentatively scheduled for April 25.)

For an Academy Awards fan already desperate to close this terrible, terrible year, that seems both maddening and perverse – and, therefore, totally fitting for the times. But what's also maddening and perverse is ruminating on all those gifted performers of many years, even half a century, who have somehow been denied Oscar recognition despite other deserved forms of trophy-verified adulation. So as we celebrate 2020 being half-finished at long long last, let's take a look at 20 actors – all of them Golden Globe and/or Screen Actors Guild (SAG) Award nominees – who have somehow been denied Oscar recognition despite healthy, sometimes legendary big-screen résumés.

A lot of major stars and familiar names didn't make the cut: Kevin Bacon, Billy Crystal, Jamie Lee Curtis, John Cusack, Demi Moore, Kurt Russell, Meg Ryan, Bruce Willis. I'm restricting my lineup to performers who are both currently alive and have been, or were, significant film presences for at least a decade. And I apologize in advance for the resoundingly male and (with one exception) blindingly white makeup of this top-20 list, given that Hollywood, particularly over decades past, didn't tend to give first-rate film opportunities to those who weren't male and weren't white. But hopefully these write-ups of 60 words or fewer will guide you to some excellent home-viewing options … and get you psyched for what could happen at the next (annual?) Academy Awards. Seriously, had last year's nominations not transpired as they did, Scarlett Johansson would have been in this lineup's top 10. A lot of good can happen in a year. We can always hope, at least.

In ascending order of outrage at their Oscar omissions … . 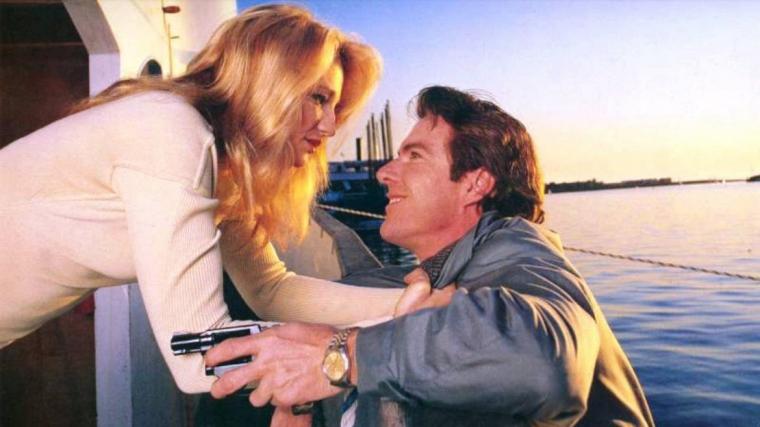 20) Dennis Quaid: Best known for playing grinning psychopaths and salt-of-the-earth dads, Quaid's '70s/'80s heyday boasted Breaking Away, The Right Stuff, and The Big Easy. But he was excellent (and Globe- and SAG-nominated) as a closeted family man in 2002's Far from Heaven and he's only 66 – maybe the right director could make him an Oscar nominee. I'm lookin' at you, Tarantino.

19) Martin Sheen: Before he became every Democrat's favorite TV president, Sheen's Globe-approved turn in 1968's The Subject Was Roses led to significant film roles in Badlands, Gandhi, and, ironically, The American President. But his most Oscar-shunned work was in Apocalypse Now, his astounding commitment evident in that film's making-of documentary Hearts of Darkness. Hell, Sheen should've won an Oscar for the doc.

18) Carol Burnett: While Burnett was always more revered for television than movies, this comedy legend was Globe-cited for Pete & Tillie, A Wedding, The Four Seasons, and Annie, and if she'd been a Supporting Actress contender for the latter, that category's winner Jessica Lange might not have won at all. Oscar or not, though, I'm so glad we've had this time together.

17) John Turturro: To date, Turturro's only Globe nod for movies has come for playing brainy schmuck Herbie Stempel in Quiz Show. But he also deserved Oscar attention for the Coen brothers' Miller's Crossing and, especially, Barton Fink, for which he was named Best Actor at the Cannes Film Festival. And that's without mentioning The Big Lebowski. You don't f--- with the Jesus.

16) Ewan McGregor: Sure, he's mediocre as often as he's great. McGregor's heartbreaking, Globe-fêted portrayal in Moulin Rouge!, though, certainly deserved Oscar recognition as much as nominated co-star Nicole Kidman's did, and he was powerfully understated in 2012's The Impossible. But hey: If movie theaters stay closed through year's end, the man might actually get short-listed for Birds of Prey! Silver linings, people! 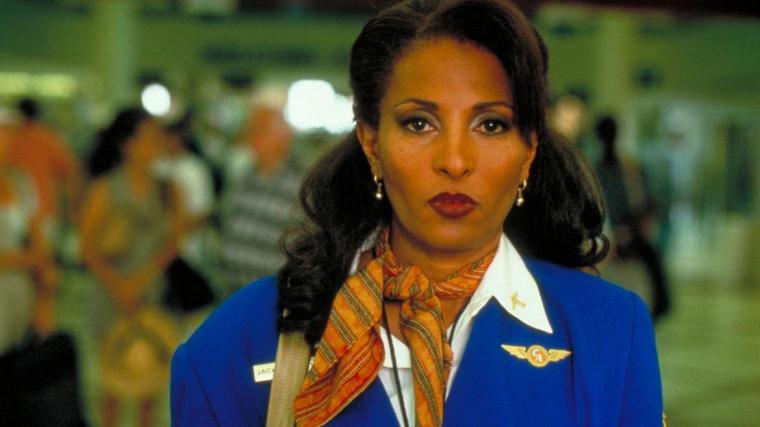 15) Pam Grier: Her career forged in such blaxploitation hits as Foxy Brown and Coffy, Grier didn't have many opportunities for Academy approval. Yet she absolutely did playing Tarantino's Jackie Brown, and her Globe- and SAG-nominated portrayal, I'm convinced, was the female performance of 1997. Who got that film's only Oscar nod? Caucasian male Robert Forster. And the wheel rolls on … .

14) Ray Liotta: Future generations, for myriad reasons, will unquestionably reflect on us with bemusement and pity. But I hope some of it is reserved for Liotta (a Globe nominee for 1986's Something Wild) not even being in the Oscar conversation for his Henry Hill in Scorsese's gangster classic GoodFellas, an iconic turn that should've won Best Actor. Our bad. Our really bad.

13) Steve Buscemi: Deservedly Globe-cited for Ghost World, this singular character actor was equally fantastic as Parting Glances' gay youth Nick, and Reservoir Dogs' Mr. Pink, and The Big Lebowski's Donny, and Fargo's wood-chipper fodder ... . I recently caught a preview for TBS' anthology comedy Miracle Workers with its title card reading “Steve Buscemi Is God,” and my only thought was: Yup.

12) Cameron Diaz: After 2014's Annie, the continually effervescent Diaz announced her retirement from acting despite Globe-nominated turns in There's Something About Mary, Being John Malkovich, Vanilla Sky, and Gangs of New York. You may recall, on this list, another Oscar-less talent, and much-missed film presence, with just as many Globe citations for movies: Carol Burnett, who also played Miss Hannigan onscreen. Coincidence?

11) Peter Sarsgaard: With the Supporting Actor lineup for 2003 one of that category's all-time weakest, it's both baffling and enraging that Sarsgaard was Oscar-slighted for Shattered Glass, as his Globe-approved turn was one of the finest of the millennium. But he also deserved nods for Boys Don't Cry, Kinsey, Jackie, and, given that year's competition, 2011's Green Lantern. Yeah. I said it. 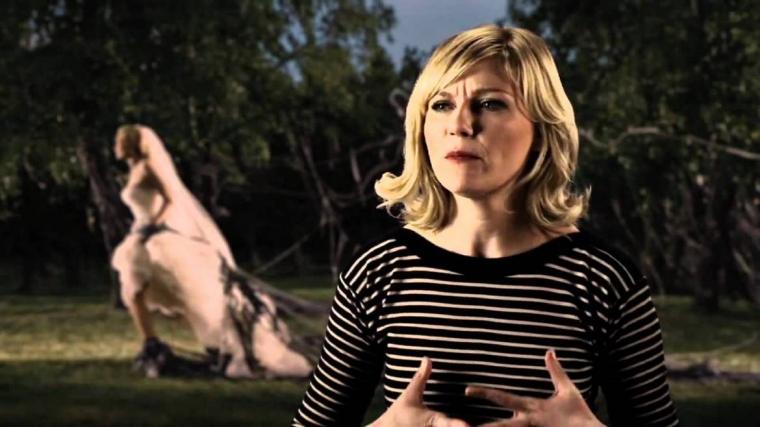 10) Kirsten Dunst: Would 12-year-old Dunst have been Oscar nominated for 1994's Globe-cited Interview with the Vampire if 11-year-old Anna Paquin hadn't won 1993's Supporting Actress for The Piano? Dunno. Regardless, Cannes' Best Actress gave the female performance of the year in 2011's Melancholia, and also deserved recognition for Eternal Sunshine of the Spotless Mind. Now I'm just crossing fingers for Dunst's Emmy.

8) Hugh Grant: When not smiling, Grant looks eternally put-upon. So it makes a weird sort of sense that he'd be Oscar-bypassed after Globe nods for Notting Hill, About a Boy, Florence Foster Jenkins, and Four Weddings & a Funeral – a trophy he won, giving a charming, hilarious acceptance speech indicating that Forrest Gump's Tom Hanks maybe had competition. He didn't. Alas.

7) Steve Martin: Despite Globe nods, Martin was Academy-ignored for Pennies from Heaven, All of Me, Roxanne, Parenthood, and Father of the Bride Part II. He did, however, accept a 2014 statuette, saying: “It's been a longtime dream of mine that I'd one day receive an honorary Oscar … and tonight, I feel I am one step closer to that dream.” Classic Steve.

6) Emily Blunt: She's been magical on-screen for years, yet has no Academy recognition for a résumé boasting Globe citations for The Devil Wears Prada, The Young Victoria, Salmon Fishing in the Yemen, Into the Woods, and Mary Poppins Returns, plus a SAG win for A Quiet Place. A few more years of this, and it's gonna be time for Blunt's honorary Oscar. 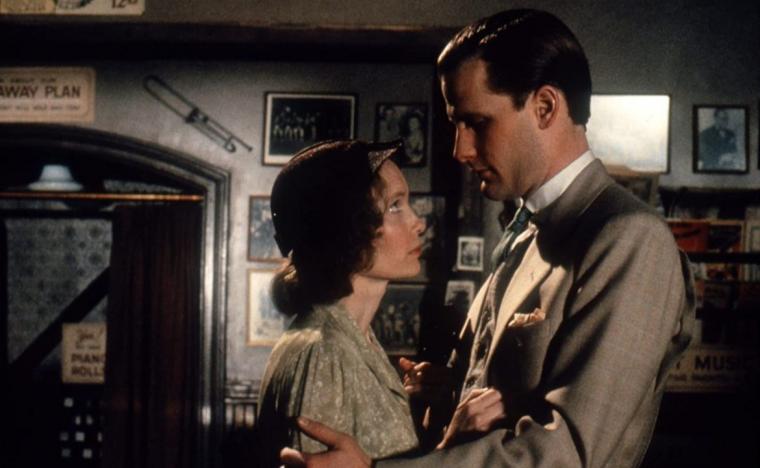 5) Jeff Daniels: Barring the occasional Mark Ruffalo, consistently solid character actors rarely receive Academy love, with even the Globes only acknowledging Daniels for leading roles in The Purple Rose of Cairo, Something Wild, and The Squid & the Whale. But nothing for Terms of Endearment or The Hours or Steve Jobs? Again, the right director could potentially fix this. Come on, Tarantino!

4) Richard Gere: Honestly, I wasn't a Gere fan during his Globe-approved days of An Officer & a Gentleman and Pretty Woman. But then his spectacular 2002 trio of The Mothman Prophecies, Unfaithful, and Chicago (for which he won Comedy/Musical Actor) landed, and I became one. I was even disappointed that Gere's Globe-cited 2012 Arbitrage portrayal was Oscar-dissed, and I didn't see it.

1) Donald Sutherland: Yes, he received a 2018 honorary Oscar. But despite Globe nods, no Academy recognition for M*A*S*H or Without Limits? Nothing for Klute, JFK, Six Degrees of Separation, Pride & Prejudice, or all those Hunger Games? And nothing (aside from Globe recognition) for his Best Dad Ever in Ordinary People? Someone needs to film a remake of On Golden Pond stat.