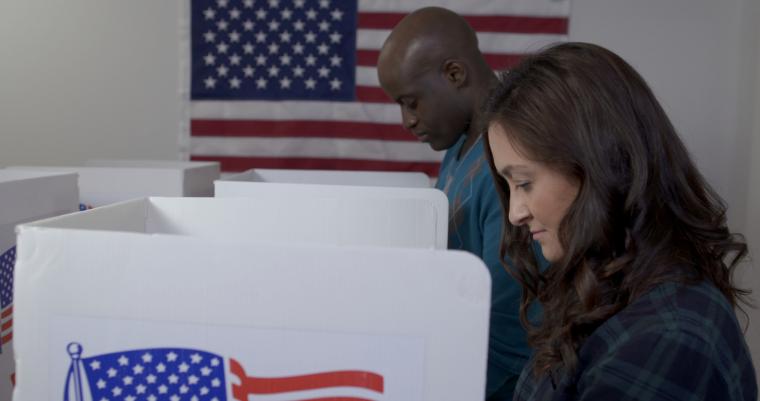 For this year's election cycle, we focus on the local Scott County election for County Sheriff and two seats for the County Board of Supervisors (BoS). Thank you to all the candidates for participating in our survey and providing engaging responses.

We've written about the importance of the quiet government, the county officers, for years. Most Quad Citizens can't name their county sheriff or a single county supervisor. And that's just fine for them, as they have no readily tangible example of how those offices impact their daily lives. If you don't pay property taxes, interact with the court system, develop property in the unincorporated rural county, or utilize mental-health services, then this indifference is somewhat understandable.

Recall that it was the County BoS who held the determining vote on waiving agriculture-preservation zoning ordinances when the $1-billion fertilizer plant was being proposed for north Scott County. And be assured that the all-growth-at-any-cost-is-good-growth lobbyists will be back at this Board again over the next four years.

But the BoS is important beyond the occasional super-site zoning battle. This year's COVID-infused crisis era, along with the social-media-fueled civil unrest has highlighted how important one's county government and its agencies are to protecting one's inalienable rights, property, and places of business, including one's own body.

It was the Scott County Board of Supervisors that held emergency meetings to declare emergency curfews back in early June to quell unrest following the rioting, looting, shooting, and murders that ensued on May 30.  It is BoS that governs the staffing and funding of the Scott County Health Department. This department continues to stoke increasingly unwarranted fear with its unjustifiable and extreme mitigation guidelines.  It is the Scott County Health Department that will be beating the drums for mandated COVID vaccinations. It was the BoS that wrung their hands over a proposed and unenforceable mask mandate. Until recently, it was the BoS that had oversight for the Auditor's budget regarding funding for local, state and federal elections. (See our Iowa Voter Alliance Sues County story.)

Whether you agree with these actions or not, it is the County Supervisors that have the most influence on these matters, more than any other elected official in the county except for the sheriff. It's important to understand that when a government entity has gone wild – be it a state legislature, a governor, a federal congress, a state or federal agency, a court system and its judges, or even a president – the people's ultimate firewall against unconstitutional and tyrannical acts is the county sheriff.

For instance, in Cook County, Illinois, the sheriff there took it upon himself to cease serving home foreclosures for banks due to unfair-notice practices. Given the mounting pressure to consider new lock-downs for businesses and potential vaccine mandates, anyone concerned about a government gone wild would do well to get to know and support their county sheriff. It's critical that the people have the sheriff's back if they expect him/her to have theirs.

Please review the Q&As of these six candidates – those running for Scott County Sheriff and those running for Scott County Supervisor – closely. We've focused on regionalism and board practices for the supervisors. And for the sheriff race, we've focused on COVID-19 related issues, the sheriff's authority and powers, and property rights and privacy. We've invited both sheriff candidates to participate in a virtual forum to further explore their responses, moderated by myself and Pat Miletich. Subscribe to our e-mail newsletter at RCReader.com to get notification for that pending event.