Some Things Shouldn’t Be Done by Remote Control, and That Includes Reporting 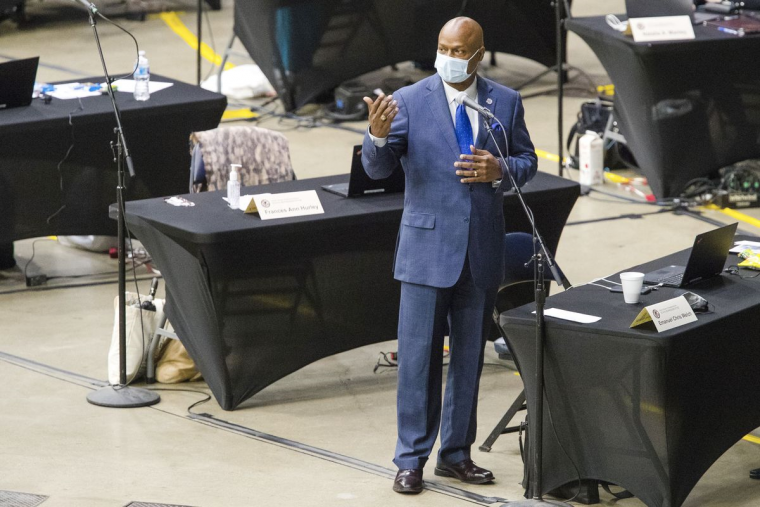 Last winter, a buddy of mine asked me if I thought I could cover state-legislative sessions from a remote, perhaps warmer, location.

I've been writing about Illinois politics and government for 30 years. Like many of my more-experienced colleagues, I've developed an extensive list of sources and contacts that I can reach out to. I can also watch General Assembly floor debates and many committee hearings on the Internet.

So, after pondering the question for a bit, I said I might be able to do it for three years.

You may not believe this because House Speaker Michael Madigan has been in office since 1971, but there is a huge and regular turnover of legislators.

Because of that turnover, I'd eventually become too unfamiliar with the players and couldn't effectively do my job.

And then came COVID-19. The spring legislative session was canceled for two months. I, like everyone who covers this stuff, became focused almost solely on the pandemic's impact on Illinois and the state's response and wound up working longer hours than during normal sessions, which usually keep me busy night and day.

The legislative leaders eventually decided to reconvene for a few days in late May, and as I write this, the General Assembly was on its third day in Springfield.

The leaders announced that reporters would be corralled into tiny spaces and, as a result, have no direct, ethical access to legislators and other Statehouse players beyond maybe catching up with them as they walk or drive to their Springfield isolation residences.

So, I figured this would be a good time to test my theory about remote reporting. I decided not to go to the Statehouse (where the Senate met) or to Springfield's convention center (where the House met) and work from my Springfield home instead.

It's been a weird experience.

After a while, you develop a sense of the Statehouse. You can, for instance, learn to spot a relevant group of people talking outside the legislative chambers or the governor's office and then try to peel off one or more of them to find out what's going on.

You can watch who is entering or leaving the governor's office, or the House Speaker's office or some other important place and follow up.

You can stake people out who won't return your calls or texts. You can hang outside of meeting rooms or in areas where interesting and knowledgeable people tend to gather. (I call them "watering holes.")

You can roam the halls and wander into offices and hope you hear something useful. You can also get totally lucky by literally bumping into people as you walk around a corner or after popping into some random hearing.

After session ends for the day, you can buy drinks and dinner to maybe loosen lips or build working relationships, or pull other folks aside in restaurants and taverns.

You can make your own luck, but you have to be there.

None of that was possible during the special session. If legislators were wandering around, reporters and lobbyists weren't allowed into the area to chat with them. Members were also advised not to meet with anyone, and the restaurants and taverns were all closed.

It hasn't been easy, but I think I did OK. I was constantly worried that I was missing something, but come to think of it, I'm always like that.

Still, I did not enjoy the experience. I like my privacy, but I'm also a very social person. I need to be around people, and the session drove me a little nuts. No more remote reporting during crunch time for me.

The session also allowed me to think about the concept of remote legislating. When the pandemic began, I was for it. Why risk bringing in folks from literally every corner of the state to one centralized location? The Statehouse is a virus petri dish on a good day. But a deadly virus circulating through the state wasn't worth the risk.

I've since had a change of heart.

I completely understand that we're in an international crisis right now and I'll give them this session without further complaint. But this cannot continue. My experience has shown me that a representative democracy is impossible to maintain without including the public. It should be used only in rare and limited circumstances.