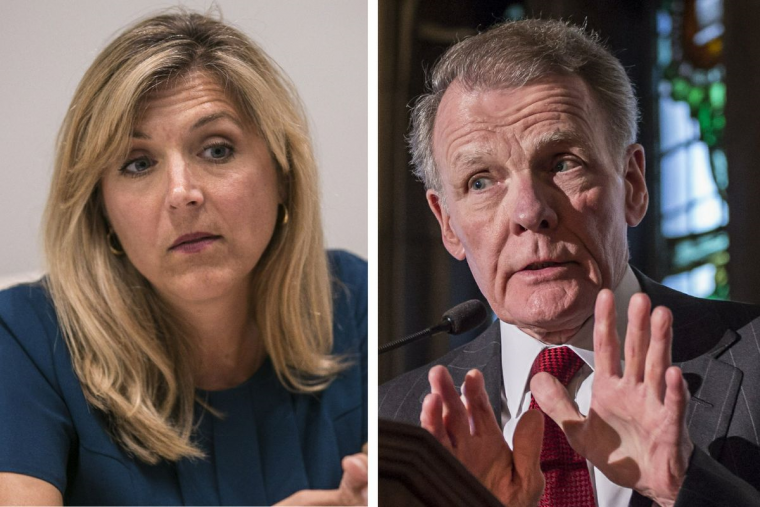 After Illinois House Speaker Michael Madigan appeared in all but actual name in ComEd's deferred federal-prosecution agreement, Representative Terra Costa Howard (D-Glen Ellyn) was one of the first Democratic state Representatives to call on him to resign without the qualifying “if he did it” language.

And the freshman Democratic legislator has been breaking pretty much all precedent the past month or so by putting significant campaign money where her mouth is.

Speaker Madigan's political operation has continued to back Costa Howard against former Representative Peter Breen (R-Lombard), albeit at nowhere near the amount that most other Democratic incumbents in difficult reelection battles have received, perhaps because she won her last race by 7 points.

That very limited Madigan support ostensibly cost her the endorsement of the Chicago Tribune editorial board, but Costa Howard has been sending out her own mailers under the media's radar screen blasting Madigan for the last few weeks.

“For decades, Speaker Mike Madigan has ruled the Illinois House of Representatives with an iron fist,” boomed the first such mailer, which landed in late September. “But when ComEd admitted to bribing Madigan associates for years, with money they got from your electric bills, Terra Costa Howard refused to keep silent. In the face of threats and intimidation from fellow Democrats, State Representative Terra Costa Howard did the right thing: She stood up and called on Madigan to step down, now.”

The second mailer, which hit the boxes around the first of the month, was entitled “Why I called for Speaker Madigan to resign.”

“As a mom, I've heard the classic ‘Everyone else is doing it!’” the mailer explains. “But as a legislator, it was the opposite: ‘No one is doing it!’ I couldn't believe it. As a mom, this was my chance to show my daughters what it means to do what's right.”

The third mailer landed a week later and focused on legislative redistricting, a process that Madigan has perfected. “Corrupt politicians draw maps that take away the power of your vote,” the reader is informed. “Terra Costa Howard wants to give the power back to us!”

The fourth mailer landing a few days ago.

“Since 1971, Mike Madigan has had Illinois on the same path,” read the headline. “Speaker Mike Madigan is implicated in yet another Illinois corruption and bribery scandal. This time, ComEd officials have admitted that they bribed some of Madigan's closest allies to get a rate hike that's costing Illinois customers millions of dollars. Madigan's failed leadership damages our state's reputation, hampers economic growth, and discourages people from investing in Illinois. It's time to set a new course.”

A Democratic Party of Illinois spokesperson declined comment, but said the mailers were not a surprise. Whatever works, I suppose. She won't be voting for Madigan's reelection, but not many Democrats want to see a return of the ultra-conservative Breen, who is a nationally prominent pro-life attorney and was the House Republican floor leader until he lost reelection two years ago.

Whatever the case, a campaign like this is unprecedented in Illinois. No incumbent House Democrat has ever been so openly hostile to Madigan in sustained paid advertising. Ever. I mean, the Senate Democrats caught tremendous heat from unions when they ran TV ads calling for leadership term-limits two years ago and had to pull them down or face retaliation.

In other news, Costa Howard's campaign is behind a formal complaint filed with the Illinois State Board of Elections. The complaint alleges that the Illinois Republican Party has made in-kind contributions of 10 mailings on behalf of Breen's campaign going back to early August, but at least six have yet to be disclosed by Breen. The Breen campaign denied all wrongdoing and noted some mailers were reported last week.

Breen's mailers, unsurprisingly, have tried to weld Costa Howard to Madigan. In one, recipients were told that Costa Howard “lied to you about her ties to Madigan and corruption,” adding that she “is still taking Madigan's money.”

It's not hard to see why Costa Howard is taking the anti-Madigan route.