Reflecting (and Deflecting) with Governor JB Pritzker, One Year In 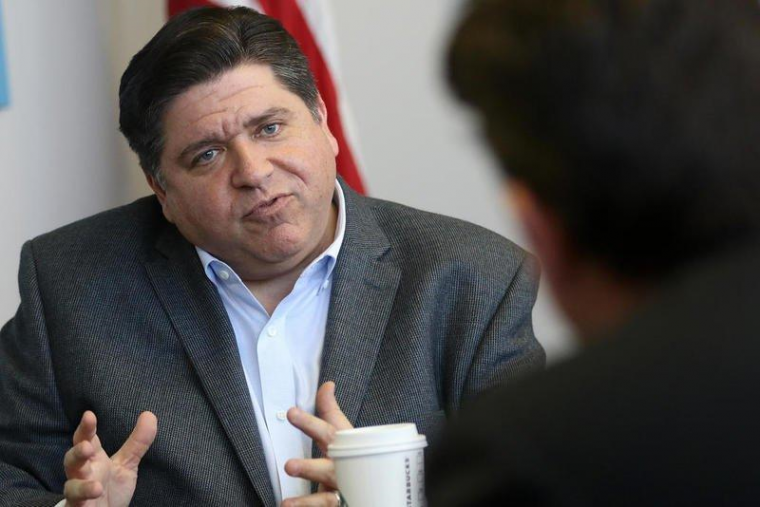 But during an interview with me to mark his one-year anniversary in office, the governor pointed to his reaction after Senator Tom Cullerton (D-Villa Park) was indicted, now-former Senator Martin Sandoval's (D-Chicago) Statehouse office was raided, and now-former Representative Luis Arroyo (D-Chicago) was arrested. In every instance, he said, he called on the legislators to step aside or resign.

When there's "clear" evidence of targeting by criminal investigators, the governor said, "That's the point at which folks should step aside."

The questions aren't new. During the sexual harassment scandals of 2018, candidate Pritzker was often asked if Madigan should relinquish at least one or both of his roles as House Speaker and state party chairman. He'd always defer, pretty much just like he's done during the sweeping federal probe.

Governor Pritzker's latest answer, however, is more specific and allows him to set the bar for any showdown with Speaker Madigan, who surely seems to be on the federal government's radar screen but for what nobody knows for sure. No crimes have yet been alleged. We know that some of his pals have been raided (including Mike McClain), but it's still unclear what, exactly, the feds are looking at other than hiring Democratic cronies by the private company ComEd.

The governor also claimed that the constant drumbeat of scandal and corruption surrounding Speaker Madigan would not damage the prospects for his graduated income-tax constitutional-amendment referendum this November. One of the arguments the opposition has already used boils down to, "Do you trust these Madigan people to do the right thing with the new tax and the new revenue?"

Governor Pritzker said he didn't think the two issues were related, prefacing his remarks by saying, "We need to make sure we're passing legislation" on ethics and reform and "rooting out these folks" with investigations.

"I think it's fairly straightforward to people that I believe in a fairer tax-system and so do a significant majority of people in the state," Governor Pritzker said. "So I don't think it'll have a deleterious effect in that regard." I guess we'll find out.

I also asked Governor Pritzker if he planned to reopen the cannabis-legalization law to expand it to other things, like, for instance, home-grow licenses for recreational consumers.

"From my perspective," Governor Pritzker said, "we need to let this law settle in.

"We've got a lot of things we've got to monitor and keep track of to determine what other technical changes may need to take place."

One thing he wants looked at, Governor Pritzker said, is setting up some sort of cash-deposit program after reading of a recent burglary at a Chicago cannabis-dispensary. Over $100,000 was stolen and police suspect it was an "inside job." What to do with all that cash has dogged the industry for years because banks fear a federal government crackdown.

The governor also talked about what he is doing to help Downstate in the wake of a report that the region lost almost 120,000 people between 2010 and 2018. The previous decade was very hard on Cook County, which lost over 200,000 residents in that period, but now it's Downstate's turn.

Governor Pritzker pointed to $420 million in the 2019 capital bill for high-speed broadband. Matt Schmitt led Minnesota's much-lauded broadband build-out after passing the legislation as a state Senator and was recruited by Governor Pritzker to come here. The governor said Notices of Funding Opportunities will be issued within the next 6 months "so that we can get money out the door to start expanding broadband."

"That's a big thing because you can't create jobs in cities or towns where there isn't high-speed Internet," Governor Pritzker said. "It's in every business."

He also said the state will help bring "tele-health" centers to areas with broadband service so that people can obtain video-conferencing health-services like counseling and diagnostic care from providers who wouldn't normally live in those areas. "People who have mental-health challenges who require therapy, sometimes there aren't qualified therapists in their area, so that's an example of something that really does work, it's got a proven history."

Governor Pritzker also said he was working to recruit jobs to the region and talked about incentives from last year, including the data-center tax-credit pushed by Republicans. "We've created a bunch of incentives for people to come to the state."

"We're going to do more," the governor said. "Downstate revitalization is a very important program for me."