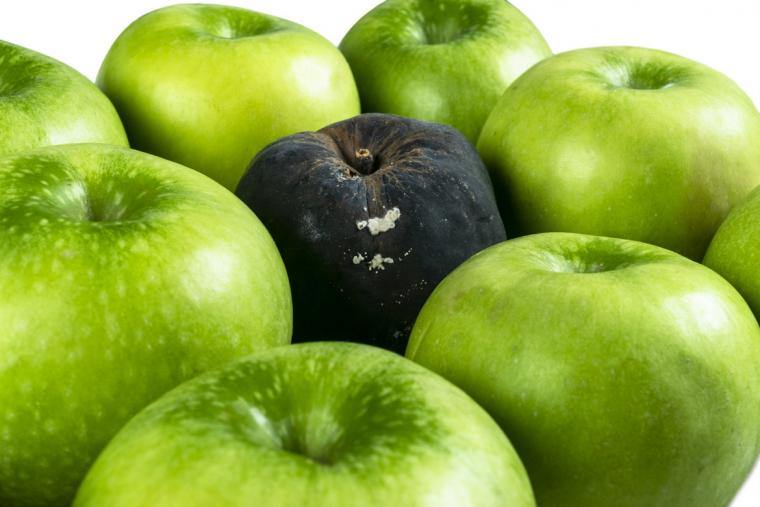 It turns out that Derek Chauvin, the former Minneapolis police officer who was filmed killing George Floyd last week, has had 17 different complaints of serious misconduct during his career. That puts him among the 10-percent-worst offenders in the Minneapolis police department.

The complaints vary from being named in a brutality lawsuit, to using demeaning, unprofessional language in public, to aiming his weapon at children. But Chauvin never got into any serious trouble.

Civilians have filed 2,600 misconduct complaints against Minneapolis police officers over the past several years. Only 12 of them (0.46 percent) resulted in any discipline against the officer, with the most severe punishment being a one-week suspension.

It’s not just Minneapolis. Around the country, the percentage of civilian complaints that result in disciplinary action is astonishingly low. And the rate at which offending officers are severely disciplined, fired, or charged with a crime, is effectively zero.

In May of 2019, the American Economic Association published a study titled “Good Cop, Bad Cop: Using Civilian Allegations to Predict Police Misconduct.” (RCReader.com/y/badapple1) The authors studied 50,000 civilian complaints against Chicago police to see if those complaints could be an indicator of who is/isn’t a bad apple.

The results were obvious: Officers with the most complaints have the highest likelihood of being involved in a major civil rights issue. But they’re seldom removed. The Chicago police officer who shot an unarmed 17-year old boy in 2014, for example, was among the department’s worst 3 percent in terms of civilian complaints, with half of the complaints alleging excessive force.

So it turns out you can spot a bad apple. You just can’t remove them … and give the boot to people like Chauvin who pose obvious risks. There are plenty of good, duty-minded cops who would love to kick out the bad ones. But the system fails everyone miserably.

One key reason is a legal doctrine known as “qualified immunity.”

This goes back to a 1967 Supreme Court case which ruled that government officials should be shielded from personal liability while carrying out their duties. This applies to police officers as well. In other words, you can’t sue the cops if they assault you during arrest, or invasion of your home, because they’re technically performing their official duties.

The Supreme Court did make allowances, e.g. police and government agents would not be protected if their actions violate “clearly established law or constitutional rights.” But this is very difficult to prove.

Over the years, as civilian victims have attempted to sue police officers for misconduct, courts have routinely sided with the cops. The argument is that whatever laws the police officers violated were not “clearly established,” and hence the cops are protected by qualified immunity.

Here’s one absurd example: In 2013, Fresno police officers raided a home that was suspected to be involved in a gambling operation. They seized $275,000, but only booked $50,000 as evidence. The other $225,000 mysteriously disappeared.

The suspects sued, and amazingly, the court ruled that “there was no clearly established law holding that officers violate [the Constitution] when they steal property seized pursuant to a warrant ...” and therefore the officers were protected by qualified immunity. Yes, you did read that correctly. And even the Supreme Court now recognizes that qualified immunity has gone too far.

In a 2018 case, Justice Sonia Sotomayor wrote that qualified immunity is “an absolute shield for law enforcement officers, gutting the deterrent effect of the Fourth Amendment … it tells officers that they can shoot first and think later, and it tells the public that palpably unreasonable conduct will go unpunished.” Justice Clarence Thomas also voiced “growing concern with our qualified immunity jurisprudence” in a 2017 concurring opinion on Ziglar v Abbasi. (RCReader.com/y/badapple2)

As long as qualified immunity lasts, it will continue to be abused.

In early June, Representative Justin Amash from Michigan co-sponsored a new bill, the “Ending Qualified Immunity Act.” (RCReader.com/y/badapple3) In the open letter to Congress, Amash and his co-sponsor Representative Ayanna Pressley asserted that the pattern of egregious police misconduct “continues because police are legally, politically, and culturally insulated from consequences for violating the rights of the people whom they have sworn to serve.” (RCReader.com/y/badapple4)

Unions Are Part of the Problem
Another major reason why the system fails is because of the unions. Police unions exist (in theory) to protect their officers. Like any union, they negotiate wages, working conditions, etc. But as always, union interference goes way too far.

For example, police unions negotiate contracts with city governments that expressly prohibit officers’ careers from being blemished by civilian complaints.

Obviously, there are always going to be fake or overblown complaints against officers. But union rules require complaints to go through a highly bureaucratic investigation process that’s closely monitored by the union.

In New York City, nearly 20 percent of the contract negotiated between the police union and the city government is devoted to disciplinary procedures and grievances.

Section 8 of Article XVI, for example, allows an officer to have his/her disciplinary record expunged under certain circumstances. And Article XXI provides several pages of lengthy protections for an officer who has been accused of misconduct.

This is why officers, even when they’re caught on film committing a crime, are often “suspended with pay,” never face trial, and only end up with a slap on the wrist (that can later be expunged). In Baltimore and Cleveland, union contract require the deletion of most disciplinary records.

Unions also ensure that officers who are disciplined have a multitude of options to have the ruling against them overturned. This hassle makes it incredibly difficult to weed out troublemakers.

And just in case the end result wasn’t completely obvious, economist Rob Gillezeau of the University of Victoria is studying the relationship between police unionization and civilian killings. According to his current analysis, there’s nearly a 3-percent increase in civilian shooting deaths in the counties where a local police department unionizes. (RCReader.com/y/badapple6)

This is pretty ironic when you think about it: Bolshevik politicians love unions. But police unions are an obvious example of how good intentioned unions can be destructive and literally destroy peoples' lives.

Simon Black is an entrepreneur, world traveler, and writer, and publishes the Web site SovereignMan.com.