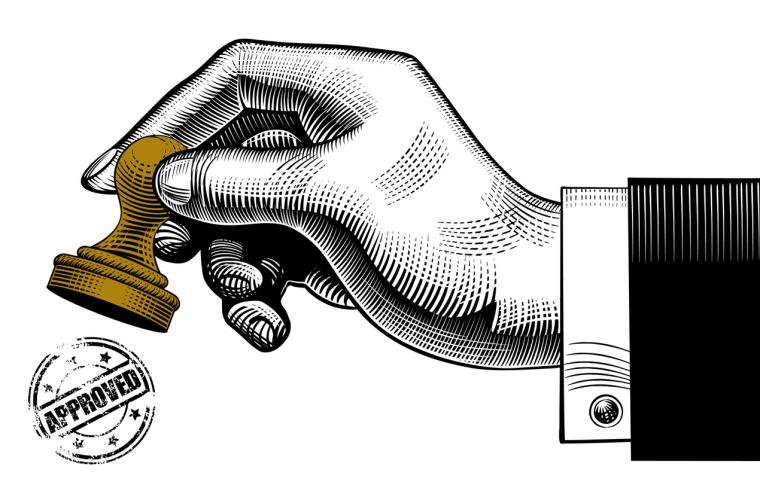 Justice Department Inspector General Michael Horowitz has followed up on his Dec. 2019 Justice Department report on abuses under the Foreign Intelligence Surveillance Act (FISA) that occurred in 2016, where the Justice Department and intelligence agencies ordered spying on the Trump campaign and Republicans, the opposition party, in an election year on false allegations they were Russian agents.

This time, Horowitz conducted an analysis of a random sample of 29 FISA warrants, finding a similar lack of evidence and documentation to support the electronic surveillance on Americans authorized by the top secret Foreign Intelligence Surveillance Court.

Horowitz found that of the 29 applications, four lacked any information whatsoever supporting the applications, and 25 lacked adequate support or contained errors. In other words, the random sample turned up a 100 percent “BS” rate. Under the Woods Procedures outlining FBI policy for FISA warrant aplications, none of them should have been approved by the FISA judges, but all of them were.

But for the Steele episode and three lost years of U.S. history chasing a fantasy that President Donald Trump was a Russian agent, this finding would be unbelievable. Now, it confirms serious deficiencies in the entire FISA process.

Why? Horowitz explains: “Our lack of confidence that the Woods Procedures are working as intended stems primarily from the fact that:  (1) we could not review original Woods Files for 4 of the 29 selected FISA applications because the FBI has not been able to locate them and, in 3 of these instances, did not know if they ever existed; (2) our testing of FISA applications to the associated Woods Files identified apparent errors or inadequately supported facts in all of the 25 applications we reviewed, and interviews to date with available agents or supervisors in field offices generally have confirmed the issues we identified; (3) existing FBI and NSD oversight mechanisms have also identified deficiencies in documentary support and application accuracy that are similar to those that we have observed to date; and (4) FBI and NSD officials we interviewed indicated to us that there were no efforts by the FBI to use existing FBI and NSD oversight mechanisms to perform comprehensive, strategic assessments of the efficacy of the Woods Procedures or FISA accuracy, to include identifying the need for enhancements to training and improvements in the process, or increased accountability measures.”

Fortunately, FISA reauthorization is still on the table, with the current authority running out on May 30. We need to wait until after the Chinese coronavirus national emergency to fully address deficiencies in our surveillance system and reauthorize FISA.

As long as hearsay is a basis for wiretaps of Americans who are not being accused of crimes, I believe the system will be abused. I get it. Intelligence likely often is hearsay and you’re most probably not going to fly human sources into D.C. to have them appear before the FISA court or even have them phone in over a secure line. If they couldn’t use hearsay then terrorists would get away, etc.

But Carter Page wasn’t a terrorist. He wasn’t a Russian agent. In fact, he was apparently a CIA operative at one point on good terms with the agency, and they kept that from the FISA judge.

President Trump, his campaign and the Republican Party were given the same treatment al Qaeda gets with the same set of rules.  The Steele dossier was worse than hearsay. It was hearsay of hearsay. Neither Steele nor his source who the FBI interviewed in Jan. 2017 ever claimed to have had direct contact with the supposed Russian officials named in the dossier.

In fact, the FBI did not begin the process of validating information from former British spy Christopher Steele that was used as the basis for false Justice Department and intelligence agency allegations that President Donald Trump and his campaign were Russian agents until after Buzzfeed published the dossier in Jan. 2017 when it began interviewing Steele’s sources, months after spying warrants had already been obtained on the campaign and renewed after the election.

There’s a reason the Treason Clause of the Constitution requires eye witnesses to bring a case. It was because the framers wanted to limit the prosecution of treason cases by eliminating ridiculous cases.

According to a Constitution Center paper by Paul Crane and Deborah Pearlstein, “While the Constitution’s Framers shared the centuries-old view that all citizens owed a duty of loyalty to their home nation, they included the Treason Clause not so much to underscore the seriousness of such a betrayal, but to guard against the historic use of treason prosecutions by repressive governments to silence otherwise legitimate political opposition. Debate surrounding the Clause at the Constitutional Convention thus focused on ways to narrowly define the offense, and to protect against false or flimsy prosecutions.”

How the witch hunt got as far as it did when the FBI knew in Jan. 2017 that the sources were contradicting one another is a wonder. The fact Mueller kept that out of his report is unbelievable. All he said was they didn’t find a prosecutable case on the conspiracy with Russia aspect. He left the part out where one of the reasons that was the case was because Steele’s source had folded before Trump was even sworn into office.

The fact that similar problems apparently arise in when Horowitz took a random sample of FISA warrants is beyond alarming.

Two years ago, when Americans for Limited Government gave U.S. Rep. Devin Nunes (R-Calif.) the Congressman of the Year award for 2017 for his efforts at exposing these abuses, we also gave him a bag of “FISA Warrant Approved” rubber stamps to give to his colleagues on the House Intelligence Committee. It was tongue in cheek but as it turns out the court really is a rubber stamp.

What information do the FISA judges verify when they deprive American citizens their constitutional rights and record their lives? Apparently none. Add to that the fact that verifying the information is not even apparently required in the statute, where we rely on a non-binding FBI memorandum from 2001 to say information should be accurate, and the system beyond inadequate, it’s deliberate negligence by Congress and the Justice Department alike. How can this be fixed so that this never happens again?

Robert Romano is the Vice President of Public Policy at Americans for Limited Government.