Michael Madigan and the Culture of Political Favors 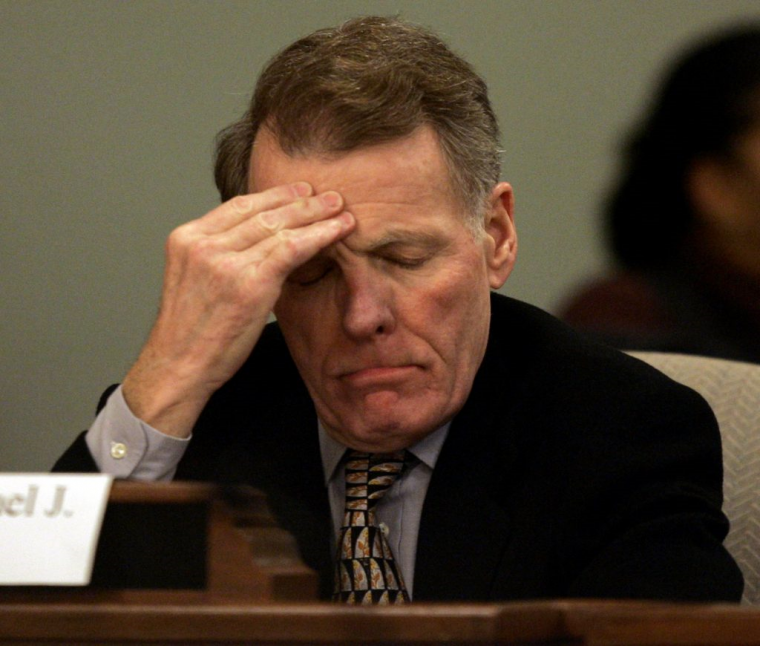 On page nine of last week’s federal indictment of four people accused of conspiring to bribe House Speaker Michael Madigan with favors from ComEd is this heading: “Defendants and Relevant Individuals.”

But the first person listed is not one of the defendants. “Public Official A was the Speaker of the House of Representatives,” the list begins.

The feds don’t just throw these things together like some college freshman who’s late with a term paper. Indictments, particularly in political cases, are often carefully crafted in order to send a message. So, it obviously ain’t good when you’re at the very top of the government’s defendant list and you’re not even a defendant.

It’s also not exactly great when your former consigliere and most-trusted friend Mike McClain is indicted along with other once-powerful people in your orbit for conspiring to bribe you.

And that’s a big reason why we’ve seen so many House Democrats declare in the past several days that they will not vote to reelect Speaker Madigan.

Quite a few people, including attorneys I’ve spoken with, appear to agree with McClain's lawyer that the feds are “attempting to rewrite the law on bribery and criminalize long-recognized legitimate, common, and normal lobbying activity into some new form of crime.”

They may have a valid legal point. McClain and the others might be able to beat this rap. I don’t know. I’ve seen others make that claim and fail.

But, c’mon, the stuff in the indictment isn’t “common” or “normal,” at least outside Madigan's 13th Ward.

The amount of time spent obsessing over ten summer internships for kids in Madigan’s ward (some of whom didn’t even qualify) bordered on farce. My “favorite” part of the indictment was when ComEd was essentially warned not to count those interns against the number of patronage jobs the company was doling out to the ward.

And how many political organizations successfully install precinct captains into no-show contract jobs in this day and age? Also, how many state legislators think they can install someone on a utility’s board of directors?

Like any unfettered, unquestioned bureaucracy, they took their mission to an absurd extreme. And, this time, it resulted in indictments.

Up until now, Madigan has been the most adaptive and adept politician I’ve ever seen. You don’t stick around for 48 years by remaining stagnant, I suppose.

He began his career as a typical tough-on-crime, socially-conservative, Southwest Side Irish Catholic. He’s since become pro-choice, voted for both gay marriage and to abolish the death penalty, and backed up the Black Caucus in its difficult years-long effort to block criminal-penalty enhancement legislation. He spent years defending the rights of trial lawyers, then pushed through a medical-malpractice reform bill when the issue started hurting his members. He went after the public-employee unions over their pensions when he felt he had to, then united all unions like never before when the state elected an anti-union governor.

At his most recent low point, Madigan quickly committed to “change the culture” in the House during the 2018 sexual-harassment scandals. He saved his own skin at a time when lots of folks thought he wouldn’t make it through.

But he has insisted since the ComEd scandal broke that he believes it’s not only his right to help people find jobs and contracts, it’s actually his duty. There would be no change to that particular culture he created. There’d be no “evolving” as he’d done on so many other issues. And for good reason.

Madigan’s machine is old school. It runs on patronage. And he needs a lot of patronage to keep his huge machine humming. He’s always on the hunt for opportunities, and his people love him for taking care of them and are fiercely and forever loyal.

But patronage is supposed to be a means to an end of running successful political campaigns, and it unfortunately appeared to become an end in and of itself.

The favors culture Madigan created led to ComEd’s deferred prosecution agreement, and that DPA led to last week’s indictments of his close associates, and those indictments led to an even larger member-revolt, which appears, as I write this, to be about to remove the gavel from Madigan’s hands.

The old-timers said that Dan Rostenkowski, George Ryan, and others got themselves in trouble because they didn’t change with the times. Madigan was supposed to be different. And he actually was for many years. Until now.