Items to Consider for When the Rubber Meets the Road 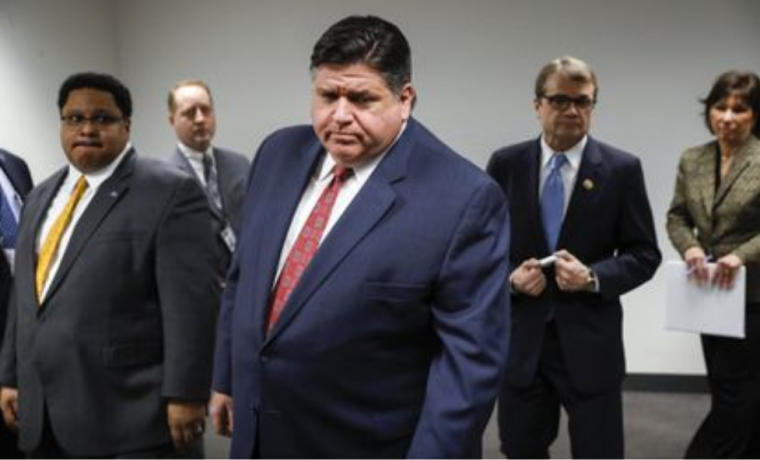 I've read and heard a lot of commentary about what Governor JB Pritzker didn't say in his State of the State address last month. Some folks are still quite angry that he didn't address their pet causes.

And the previous day's guilty plea by former State Senator Martin Sandoval prompted the news media to focus mainly on the anti-corruption portion of the governor's speech. Behind Governor Pritzker’s strong, quote-worthy rhetoric, however, were three concrete proposals: 1) A ban on legislators being paid to lobby; 2) Disclosure of conflicts of interests and punishment for non-compliance; and 3) Forbidding legislators from becoming lobbyists immediately after leaving office.

The House Republicans are already on record in favor of a legislator lobbying-ban, and House Republican Leader Jim Durkin has introduced a conflict-of-interest bill (HB3954) that would even require attorneys to disclose clients who could pose potential conflicts. Senate President Don Harmon offered support of the lobbying revolving-door provision. Senate Republican Leader Bill Brady said he supports the conflicts-of-interest disclosure bit.

House Speaker Michael Madigan did not indicate support for anything. The chairman he appointed to head an ethics commission, however, supported all three.

But beyond what Governor Pritzker didn't say, and beyond the corruption angle, the governor did get into some other substance which was lost in the shuffle.

On the subject of property taxes, Governor Pritzker complained about the "perverse incentives in state law" that encourage local governments to "max out" their property tax-levies "even when they don't need to." He was referring to an unintended consequence of the state's Property Tax Extension Limitation Law that essentially encourages units of government to tax to the cap every year for fear of forever losing that revenue. What Governor Pritzker wants to do is not yet known.

Other governors have talked about ethics, property taxes, and consolidation, and ended up accomplishing little. Governor Pritzker will have to use all of his considerable persuasive powers to move his agenda to the goal line. He spent a whole lot of his political capital on last year's mega-agenda and a governor's second year is never as "easy" as the first. There is generally an eagerness to help a brand-new governor achieve his goals, but that can wear off.

That matches up with the three "pillars" of the Illinois Clean Jobs coalition. Governor Pritzker also made clear that ComEd's hegemonic days are over: "I'm not going to sign an energy bill written by the utility companies."

Harmon told Public Television's Jak Tichenor after the speech that he didn't believe anyone was suggesting that Exelon and ComEd shouldn't be at the bargaining table. "What is encouraging to me," Harmon said, "is that they won't be the loudest voice in the room now. The governor made it very clear that he's going to amplify the voices of other people."

On the social-justice front, the governor said he wants to start phasing out cash bail. He also wants to follow "many of the recommendations made by the bipartisan criminal-justice reform commission created by my predecessor, most of whose ideas were never adopted because of the rancor and dysfunction." Governor Bruce Rauner drew widespread praise for his criminal-justice reforms, but the issue got lost in his never-ending battles with Democrats.

Governor Pritzker did have a pointed response to those who have been pushing him hard to hire more Democratic patronage workers.

Democratic insiders have been grumbling for a full year that their people have to go through the same hiring practice as everyone else and often don't wind up being picked.

In response, people within the administration have complained about how party bosses have been trying to shove an inordinate number of politically-connected and unqualified or underqualified white men down their throats.

Pritzker insisted that his way of hiring has made the state better: "The old patronage system needs to die . . . finally and completely. The input of women and people of color need to be treated as essential to decision making — not as some token show of diversity."

It was a well-written speech, but the really hard part comes soon when he introduces his next budget, which, at last check, was projected to be $1.8 billion out of balance.