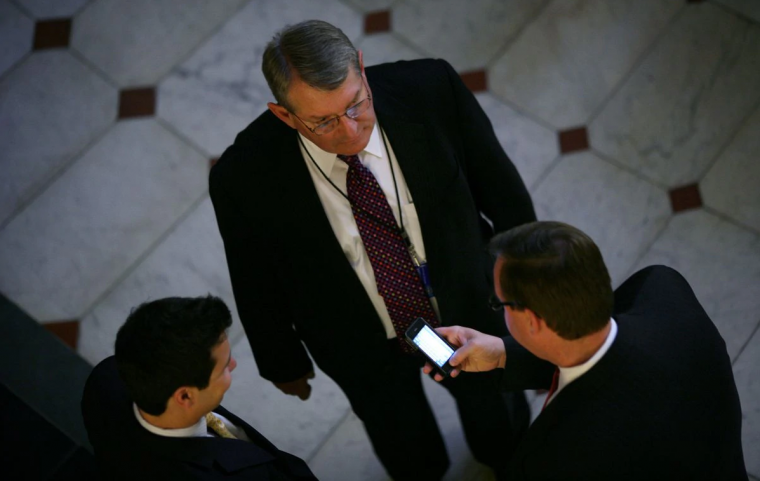 The reporters culled pretty much all the really good stuff, including discussions about how Speaker Madigan was McClain's "number-one client," getting former Madigan staffers jobs with ComEd and muscling a pro-ComEd resolution through a committee by replacing some Democratic members so that the vote was unanimous.

I decided to take a look at the e-mails myself to see what else might be there.

The determination to jam that resolution through with a unanimous vote is unusual because it was an "agreed" resolution. ComEd parent-company Exelon was pushing legislation in 2014 to bail out their nuclear power plants, but the four legislative leaders decided to just pass a resolution urging various other entities to help Exelon. Speaker Madigan was the chief sponsor and House Republican Leader Jim Durkin was the chief co-sponsor.

An Exelon lobbyist e-mailed McClain on the afternoon of May 27, 2014 to report that he had nine "Yes" votes out of 16 committee members, with an "outside chance" of flipping one of the "No" votes to his side. McClain forwarded the email to Speaker Madigan's then-chief of staff Tim Mapes and Madigan's then-Issues Staff director Will Cousineau, among others. And then, three hours after the original e-mail was sent, Cousineau replied with what he said would be the final roll-call. Five House Democrats on the committee who had been identified as opponents were to be replaced with five supportive Democrats and a sixth had been flipped to Exelon.

"The opponents won't have contemplated all the subs we're lining up since I don't like to rely on Republicans," Cousineau announced, even though there wasn't much of any formal opposition. "I love you," McClain replied.

Mapes replied to say he'd bet McClain's lobbyist friends hadn't given this replacement tactic any thought, and asked if McClain was in charge of Exelon's lobbying efforts. "No," McClain wrote. "But we're going to have a little bit of a discussion after session about the quality of their lobby," McClain claimed, calling the company's Statehouse operation "101 level."

That the House Democratic staff and the ComEd lobbyist McClain would expend so much effort to make sure that Speaker Madigan's word was gold to a giant energy company tells you much of what you need to know about how that operation worked at the time.

And the internal mindset was further summed up months later, when Mapes complained about his workload to McClain.

"We love the guy," McClain wrote, "but his requests are totally consuming and because we love him we do not want to fail even on the simplest of items. It is what it is. We would not change it but it is what it is."

That's Team Madigan in a nutshell.

There were numerous mentions of jobs and other favors in the e-mail exchanges. Raymond Nice, for instance, is a longtime Madigan precinct worker who also lobbied for ComEd after he retired from Cook County. The town of Merrionette Park, where Nice once had a contract, was recently hit with a federal subpoena. The subpoena also demanded all communications between the village and Madigan, McClain, Mapes, Madigan's alderman Marty Quinn, and Quinn's brother Kevin, who was the beneficiary of a fundraising effort by McClain after he was forced out of his job with Madigan when Alaina Hampton complained about sexual harassment.

I'd heard that Madigan only asked Governor Bruce Rauner to hire a few people and Nice was one. Just before Rauner was inaugurated, McClain and Mapes exchanged e-mails about who Madigan had placed on state boards and commissions. McClain led off his list with "Ray Nice....you already know about him, of course."

The e-mails reveal just how involved the lobbyist McClain was in House Democratic operations. Numerous e-mails were exchanged after a reform group offered to host a meeting with Governor Rauner and the four leaders to try and break the budget impasse. McClain was involved in crafting the House Democratic response to Governor Pat Quinn's budget veto of legislator salaries as punishment for not reforming pensions. And Mapes summoned McClain to an exclusive upper-echelon meeting with Madigan to discuss what to do about the upcoming spring session with incoming Governor Rauner.

The e-mails make crystal-clear that McClain was closer to Madigan's operation than anyone but Mapes. McClain is now gone and so is Mapes after his own sexual harassment scandal. Only Madigan is left.