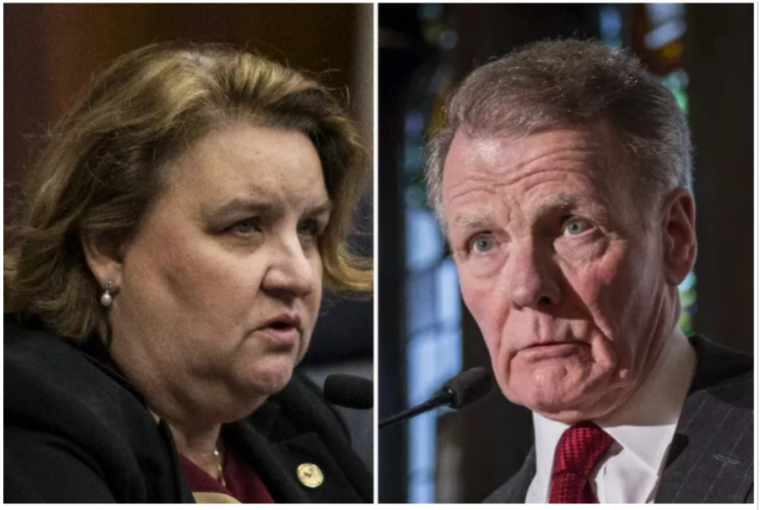 Illinois House Democratic Caucus Chair Kathleen Willis (D-Addison) told me last week that her decision to oppose Speaker Michael Madigan’s reelection was a process that she’s been struggling with since the summer. Willis became the 19th House Democrat to declare opposition to Madigan, putting him six votes shy of the 60 he needs to win.

“Over the last couple of weeks, it's been getting more and more troubling,” Willis said. It boiled down to “an ethical decision, a moral decision,” she said.

Her father had heart surgery the previous weekend and, while sitting with her mother, she remembered what her mom had told her when she first ran for the House in 2012: “Don't ever let your morals or standards decline.”

“And I was looking at my mom and I thought, ‘I want her to continue to be proud of me.’ And this is what I had to do.”

When I initially received Willis’ e-mail announcing her decision, I checked the return address to make sure it wasn’t a hoax. Willis said several people asked her whether the email was legit. She was the first member of House Democratic leadership, after all, to publicly break with Madigan. This was no small deal. It felt to me and to others that this one was different.

Willis said she didn’t know if her decision would allow other House Dems to come forward. “I think everybody has to come to their own decisions their own way,” she said. “Maybe it'll give them strength to be able to do that, but it's not intended to push people to do something they're not ready to do.”

She said she didn’t have anyone in mind to be the next House Speaker, but wants to support someone who is “willing to be a collaborative leader, so that it's not just all controlled by one person. I think we need to see a change in leadership style.”

Asked if she was interested in the top job herself, Willis would only say, “That's not the purpose of what the statement was. It was more to really free myself up.”

I told Willis I had just been talking on the phone with a union lobbyist who said there was no way that Madigan will ever give up. He’s just going to wait for everyone to flip back, the labor guy said with supreme confidence. There will be no surrender.

“I honestly don't think they're gonna flip back,” Willis said about the 18 House Democrats who preceded her in vowing to vote against Madigan.

“When I made the decision to do a written statement, it was knowing that there was no point of return, there was no going back by doing a written statement. That forced my hand. And I think the other members that did the same thing, if they were to ever turn back they could never run for office … that would be a career ending move.”

None of them took the decision lightly, Willis said. “I think they all realize that it's a point of no return.”

As you might imagine, the paranoia level among House Democrats is pretty high these days. So, it wasn’t too surprising that moments after Willis issued her statement, members were asking whether this might be some sort of Madigan plot to place one of his own leaders behind enemy lines. Willis flatly denied anything of the sort.

“If you had been on the conversation I had with him earlier this morning, you’d know that he did not to put me up to it,” Willis said with a laugh.

Willis wouldn’t talk too many specifics, but said she called Madigan as a courtesy.

“He did not want me to release the statement and I told him I had no choice. I have made the decision to do it and I wanted to do it. He really felt strongly that I should not release a statement and I said, ‘Well, the only way I won't release the statement is if you withdraw from running for speaker,’ and he assured me that he was going to continue to be a candidate. There were a few other things that got said in between, but that's the gist of it.”

Madigan didn’t lose his temper and was “very reserved,” she said.

“It was the most difficult call I've ever made in my life. But after the call was done, I felt like a ton of bricks was off of my shoulders.”