In His Bid to Be Like Caesar’s Wife, Governor JB Pritzker Might Want to Check Where He’s Standing as He Opens Trap-Doors on Dodgy Party Ops 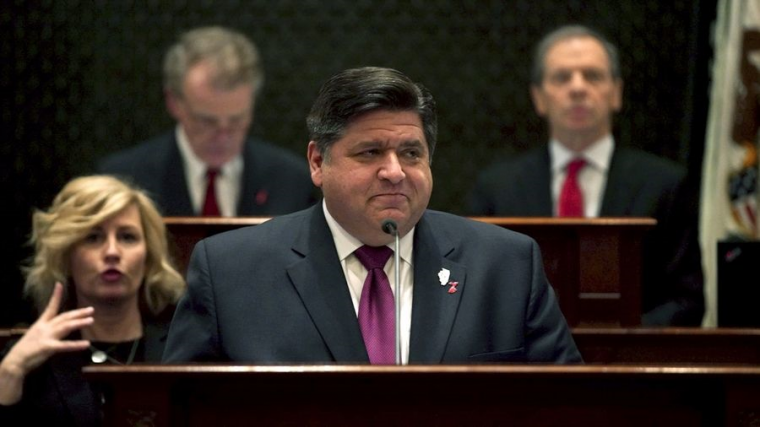 Governor JB Pritzker has lately won plaudits from some conservative opinion-makers for making the right moves on corruption. But I am going to register an objection in a bit.

When Senate President John Cullerton dithered about what to do with State Senator Martin Sandoval (D-Chicago) after the powerful Transportation Committee's Statehouse and district offices and house were raided by federal agents, Governor Pritzker called on Senator Sandoval to quit the chairmanship or be removed.

"Let me be clear," Governor Pritzker said, "While Senator Sandoval is under investigation, it's in the best interest of the state that he no longer serve as chairman of the Transportation Committee. If he doesn't step aside, he should be removed."

When the Senate Democrats finally released an unredacted version of the Sandoval Statehouse search-warrant, and Cesar Santoy's name was on it, Governor Pritzker quickly pulled Santoy's nomination to the Illinois Toll Highway Authority, saying he wanted to "make sure no cloud is carried over to any work done by the tollway."

After word got out that the City Club of Chicago's office was raided and that its longtime president Jay Doherty was reported to be under federal investigation, Governor Pritzker ordered people in his administration to cancel their speeches to the group. Just about everybody who is anybody has spoken at City Club events, including presidential candidate Donald Trump (and even me, once a year for several years, around Christmastime).

"While questions remain about the City Club's involvement in the ongoing federal investigation, the administration is recommending state agencies pursue alternative forums to communicate with the public," Governor Pritzker's communications director Emily Bittner said, according to Crain's Chicago Business.

Governor Pritzker decreed early on that no bill would move during the fall veto session which benefits Exelon and ComEd, which have received two federal subpoenas, one relating to Senator Sandoval and the other relating to their lobbying activities. Doherty, by the way, is a ComEd lobbyist. That stance has caused Governor Pritzker to take some heat from environmental activists, who have been pushing a clean-energy bill that would benefit Exelon's nuclear-power plants, but the governor would not budge.

Governor Pritzker, the Champaign News-Gazette recently editorialized, has "made it clear that anyone who is compromised for whatever reason will be shunted aside at least until clouds of impropriety have dissipated."

You won't see much positive stuff published about liberal Democratic governors in that paper's editorial page, but the editorial board appears to be impressed, even claiming, on another occasion, that the "comity" Governor Pritzker brought to his dealings with the Illinois General Assembly "is a far cry from the relentless struggle in which former Republican Governor Bruce Rauner engaged with Democratic House Speaker Michael Madigan from 2015 to 2019."

So, I was a little surprised to read this headline from the governor's press office last week about the Governor's Office of Management and Budget: "GOMB Releases Five-Year Forecast Showing Significant Long-Term Challenges without Fair Tax."

As you know, the governor was able to convince the legislature to put a constitutional amendment on the ballot next year to enact a graduated-income tax, which he markets as the "Fair Tax."

When asked, the governor's office insisted the press-release was within the law, even though it can be read as a tax-payer-funded entity openly favoring a question that is in front of voters, which could be seen as a no-no.

State law defines a campaign contribution as "a gift, subscription, donation, dues, loan, advance, deposit of money, or anything of value, knowingly-received in connection with the nomination for election, election, or retention of any candidate or person to or in public office or in connection with any question of public policy." A "question of public policy" is later explained as a question "to be submitted to the voters" or "electors." And "anything of value" is defined as "any item, thing, service, or good, regardless of whether it may be valued in monetary terms according to ascertainable market value."

The governor's office indicates that since they're not coming right out and saying "Vote for the Fair Tax," they're within the law.

Governor Pritzker shouldn't be openly campaigning on behalf of a ballot issue on state time, even if it has been blessed by his highly-capable lawyers. It can be both legal and unseemly, after all.