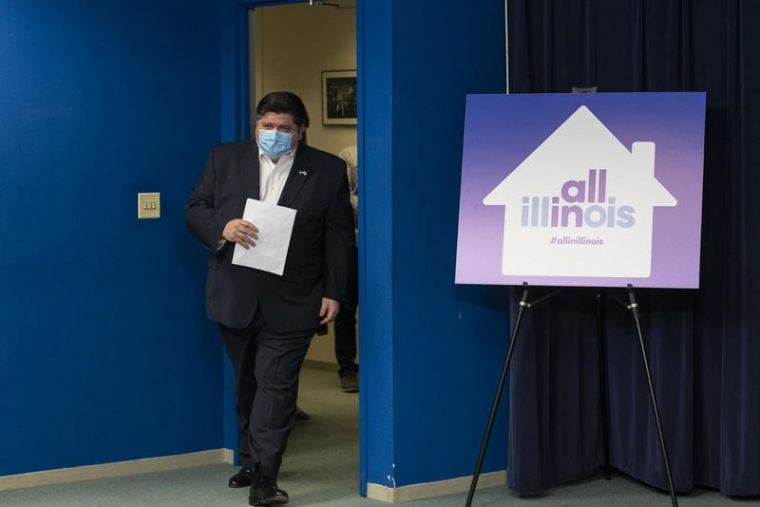 Months after the nation's economy crashed and millions were (and continue to be) put out of work, a large group of Illinois House Democrats is still quite upset at the way Governor JB Pritzker's administration is handling unemployment insurance claims.

But the Pritzker administration is refusing to bend on their most important demands, saying the governor will not move selected constituents to the “front of the line” ahead of others, which created a backlash within his own party.

Late last month, 53 of 74 House Democrats, including several members of its leadership, sent a letter to the acting director of the Illinois Department of Employment Security Thomas Chan. The letter began with an acknowledgement of the hard work put in by Chan's agency and the Pritzker administration to address the “unprecedented crisis” of vast and sudden unemployment.

But the legislators then complained that many of their constituents “continue to be unable to complete the filing of their claims, process their applications, and, often, even make contact with someone from the Department despite days and weeks of trying” — and, “despite their best efforts, our staff are unable to help as there is no mechanism to allow them to coordinate with IDES claims services.”

The House Democrats said each of their offices are dealing with, on average, “60-90 open cases at any given time, some dating as far back as mid-March.” They asked that those constituents “receive a call back from IDES within 7-10 days,” requested that IDES directly coordinate efforts with their district-office staff, and that IDES “increase staff resources dedicated to working with district office staff to handle outstanding cases.”

Governor Pritzker's press secrktary Jordan Abudayyeh said in response that the administration is committed to working with the General Assembly, but she also claimed “multiple” staff members from IDES and the Governor's office are already “working as liaisons between the General Assembly and the agency to answer their questions,” adding, “We have implemented every solution at our disposal to provide immediate relief and are more than willing to implement any ideas from the General Assembly.”

But then came Abudayyeh's rejection: “What we will not do is take the 60 to 90 claims General Assembly members call on behalf of each week, and move those claimants to the front of the line ahead of the tens of thousands of claims the department is working to address. The agency cannot pull staff away from processing claims in the system to prioritize claims from legislators.”

Abudayyeh has a valid point. If folks were given preferential treatment in each legislative district each week, everyone else who's having trouble with the system would undoubtedly be pretty darned upset when a news outlet claimed “political favoritism.”

Many legislators live and die by constituent services, love their districts, and are scared to death of what could happen to them if they fail their voters. Most legislators believe that their priorities, as members of a co-equal branch, should be addressed by the governor's office. And all legislators hate taking blame. That's politics.

“The fact that the Governor's office is accusing us of playing politics is just awful,” Representative Moylan continued. “Now is not the time to shift blame and lob accusations at one another.” He has a point, but legislators also tried to shift blame.

“We're not looking for favorable treatment, we want to work with the Governor's office on practical solutions to this challenge,” said Representative Jonathan Carroll (D-Northbrook).

“I'd like to invite the author of that statement... to sit in one of our offices for a day and hear what it's like to take 100s of calls from people who are about to lose their house,” texted another Democrat, who asked not to be named.

I know of no state that isn't still having serious problems processing a flood of unemployment insurance-applications. But the governor needs to find a way to calm this storm.