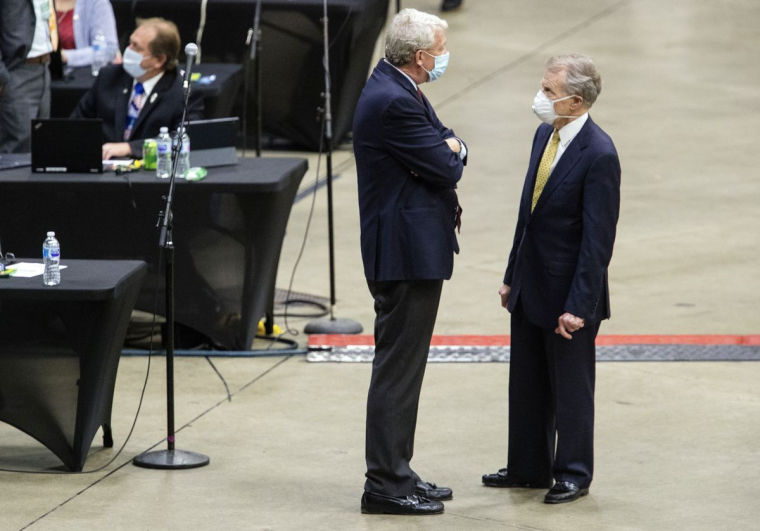 House Republican Leader Jim Durkin is a former prosecutor, and that outlook on life has never really left him.

He's not big on a lot of criminal-justice reforms, even standing up to his party's president to oppose the early prison-release of former Illinois Governor Rod Blagojevich. He was staunchly opposed to legalizing cannabis. I'm sure that House Speaker Michael Madigan's highly-public legal troubles grate on Durkin to no end, as they would on almost any former prosecutor.

So, even though Durkin's petition, which triggered the creation of the House Special Investigating Committee to look into the allegations against Speaker Madigan, is steeped in the politics of the moment (for the obvious campaign reasons, but also to satisfy the demands of some of his members and some major GOP campaign donors who want him to get much tougher on Madigan, Governor Pritzker, and other Democrats), I would argue that his main thrust is legitimate from his own perspective.

Even if Madigan didn't directly engage in "conduct unbecoming a legislator," as the petition alleges, people under his control most certainly did say and do some things that, if not all illegal, are certainly distasteful and disreputable. Madigan created this environment and yet says he cannot and should not be held responsible for those acting within the confines of that environment; and refuses to cooperate with a committee that is enshrined in the very same rules that Madigan insists must be approved by his members every two years.

Leader Durkin held a press conference last week to express his outrage that the investigatory committee's chairman, Representative Chris Welch (D-Hillside), had delayed all future hearings until after the November election.

"Citizens of Illinois must know what the single most powerful person in the state's role is in this scandal, this ever-growing scandal," Durkin said. "Illinois residents deserve so much better and they deserve the truth."

"He needs to stand up and answer those questions," Durkin quoted Governor JB Pritzker as saying about fellow Democrat Madigan, then called on Pritzker to "immediately demand those answers he has been requesting from Speaker Madigan or demand that he resign immediately."

But Durkin's answer to the press conference's very first question demonstrated how the demand for Madigan's testimony is far more about putting Madigan in a bad spot than it is about an actual investigation.

Durkin was asked: "What would the speaker say that he has not already said in writing?" a question which referred to Madigan's long, single-spaced letter denying all allegations and explaining why he would not cooperate with the committee, which he said was nothing more than a political stunt.

"Well, based on what I know," Durkin replied, "I think the speaker at this point, the only thing you can say is that 'I take the Fifth Amendment.'"

"This isn't politics," Durkin insisted later. But the Leader's answer gave up the ghost. He essentially admitted that this demand for testimony is about political advantage and not a search for truth. Yes, I know, it's all so very shocking. Politics in a legislative committee during an election year? My goodness, that's simply unprecedented.

"Remember," Durkin told reporters, "the committee's name is the Special Investigative Committee. The committee has a duty and an obligation to investigate."

Okay, but forcing a televised spectacle where almost everyone including Durkin himself believe that Speaker Madigan will take the Fifth would be more akin to a show trial than an actual investigative hearing. Yes, such a thing would undoubtedly be immensely satisfying for everyone who despises Madigan (and that's a very long list), but that's about it. Durkin is doing a good job of keeping Madigan's name out there and putting the Democrats on defense, but don't hose down my shoes and tell me it's raining.

The committee's Republicans have requested documents from ComEd specifically related to testimony by the company's compliance officer during its last hearing. Fulfilling that request should be simple and relatively quick. Chairman Welch, on the other hand, has requested what could be thousands of documents containing correspondence between the company and just about everybody under the Illinois political sun going back years. That's the ostensible reason for the hearing's delay, along with the claim that Republicans are playing politics. Welch says it shouldn't take long to fulfill his request, but I still have my doubts.

Hopefully, the Republican request can be fulfilled and the ComEd documents released soon. Maybe we can get some actual substance out of this process going forward.