ComEd Cancer at the Statehouse: When Will the Feds Call Quarantine? 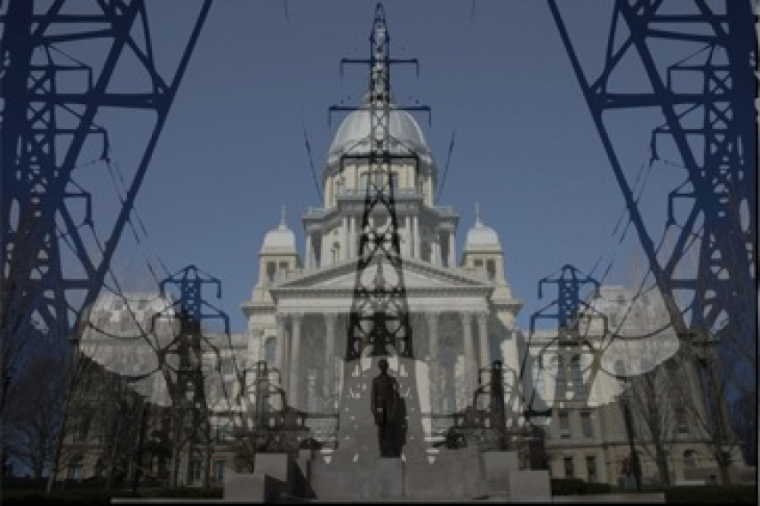 The political muscle of ComEd/Exelon aced its last major test in 2016, when the energy companies finally passed what one Illinois House member referred to at the time as a "multi-billion-dollar corporate-bailout" by electricity rate-payers to keep two of its nuclear power-plants open.

The vote came after that year's election during the fall veto-session, and it passed despite the fact that the Democratic-controlled General Assembly and Republican Governor Bruce Rauner had not agreed on a state budget for nearly a year and a half. It was one of only a tiny handful of bipartisan bills signed into law during Governor Rauner's term.

ComEd has had its shares of ups and downs in Springfield. It thrived under Governor Jim Thompson, who strongly supported its push to build a large nuclear fleet. But most subsequent governors took a more populist position. And by the early 2000s, legislators felt ignored and even disrespected by the company.

That all eventually turned around as ComEd started catering to legislators in order to improve its Statehouse standing. The company stopped trying to ram through previously-unseen legislation at the last possible minute in 2011, but had earlier made it much easier for members to do things like call in to check on constituent power-outages, for instance. But, more importantly, jobs, contracts, and other favors, like keeping constituents' electricity service on when they couldn't afford to pay, soon proliferated.

Like many large bureaucracies, once the corporate giant finally changed course, it kept following that new route and continued expanding and "perfecting" its mission long after it should've moderated itself. It appears that it may have gotten sloppy, or much worse.

The company had been gearing up earlier this year to pass another major bill, which included locking in its favorable rate-system for another decade. But then all the energy bills were suddenly set aside until the fall veto-session.

The federal investigation of the company has since killed its bill for the immediately foreseeable future. The probe began in earnest in May with search warrants served on Statehouse insider and House Speaker Michael Madigan confidante Mike McClain (a former ComEd lobbyist who played an instrumental role in the company's many Springfield successes) and former Alderman Mike Zalewski over what the Chicago Tribune claimed at the time was a probe into how the former Chicago alderman with close political ties to Madigan received a ComEd contract.

ComEd and Exelon have since revealed that they've been subpoenaed twice by a federal grand jury, once over its "lobbying activities" and then for its "communications" with individuals including State Senator Martin Sandoval (D-Chicago). The search warrant of Sandoval's Statehouse office listed four unnamed Exelon officials.

The probe hasn't just toppled the company's legislative agenda. Fidel Marquez, the company's senior vice-president of governmental and external affairs, and the CEO of Exelon Utilities Anne Pramaggiore, who had been ComEd's president and then CEO during its successful legislative run, have both suddenly retired.

CEO Pramaggiore was widely-credited in 2011 for finally changing Speaker Madigan from an avowed opponent to an ally, partly by revamping the company's lobbying strategies. In reality, she didn't act alone. CEO Pramaggiore worked very closely with McClain, who was ComEd's top contract-lobbyist, and John Hooker, who worked his way up the corporate ladder from the mailroom to become a company vice-president and its chief in-house lobbyist, and then became a contract-lobbyist.

The thinking among some had been that federal investigators, who are in possession of all the company's lobbying-related communications, were likely building a much bigger case than just hiring Senator Sandoval's daughter or handing former Alderman Zalewski a contract. The case could involve literally hundreds of favors over the years which combine to possibly form a pattern of corruption.

And then WBEZ reported that federal authorities are actually looking into whether ComEd hired "multiple politically-connected employees and consultants in exchange for favorable government actions, including electricity rate-increases." Many did "little or no work" and some had ties to Speaker Madigan, according to the story authored by Dan Mihalopoulos, Dave McKinney, and Tony Arnold.

The story also reported that as of October 18, Hooker is no longer working as a ComEd registered-lobbyist through Mike Kasper, a major Statehouse lobbyist who also does a lot of legal work for Speaker Madigan.

But beyond whatever ComEd and Exelon may have done, what will be truly fascinating is if the feds ever publish a list of politicians who allegedly got sweet favors in return for their votes. That could be a long one.