America After the Election: A Few Hard Truths About the Things That Won't Change 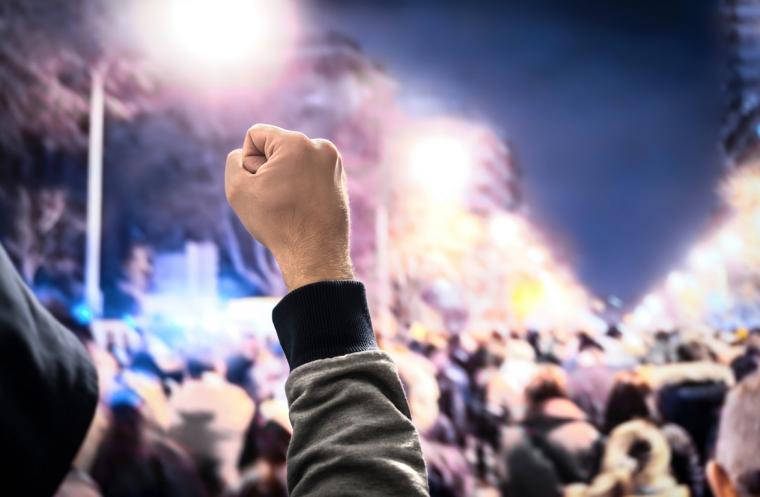 The American people remain eager to be persuaded that a new president in the White House can solve the problems that plague us.

Yet no matter who wins this presidential election, you can rest assured that the new boss will be the same as the old boss, and we – the permanent underclass in America – will continue to be forced to march in lockstep with the police state in all matters, public and private.

Indeed, it really doesn’t matter what you call them – the Deep State, the 1 percent, the elite, the controllers, the masterminds, the shadow government, the police state, the surveillance state, the military industrial complex – so long as you understand that no matter which party occupies the White House in 2021, the unelected bureaucracy that actually calls the shots will continue to do so.

There is no government without us – our sheer numbers, our muscle, our economy, our physical presence in this land. There can also be no police state – no tyranny, no routine violations of our rights without our complicity and collusion – without our turning a blind eye, shrugging our shoulders, allowing ourselves to be distracted and our civic awareness diluted.

In the interest of liberty and truth, here are a few hard truths about life in the American police state that will persist no matter who wins the 2020 presidential election. Indeed, these issues persisted – and in many cases flourished – under both Republican and Democratic administrations in recent years.

Overcriminalization will continue. In the face of a government bureaucracy consumed with churning out laws, statutes, codes and regulations that reinforce its powers and value systems and those of the police state and its corporate allies, we will all continue to be viewed as petty criminals, guilty of violating some minor law.

Jailing Americans for profit will continue. Although the number of violent crimes in the country is down substantially, the number of Americans being jailed for nonviolent crimes such as driving with a suspended license is skyrocketing. This is largely due to a scheme that encourages incarceration in private prisons for the sake of profits, while causing millions of Americans, most of them minor, nonviolent criminals, to be handed over to corporations for lengthy prison sentences that do nothing to protect society or prevent recidivism.

Endless wars that enrich the military industrial complex will continue. Consider that since 2001, Americans have spent $10.5 million every hour for numerous foreign military occupations, including in Iraq and Afghanistan.

Police shootings of unarmed Americans will continue. Americans are now eight times more likely to die in a police confrontation than they are to be killed by a terrorist, while police officers are more likely to be struck by lightning than be made financially liable for their wrongdoing.

SWAT team raids will continue. More than 80,000 SWAT team raids are carried out every year on unsuspecting Americans for relatively routine police matters. Nationwide, SWAT teams have been employed to address an astonishingly trivial array of criminal activity or mere community nuisances including angry dogs, domestic disputes, improper paperwork filed by an orchid farmer, and misdemeanor marijuana possession, to give a brief sampling.

The government’s war on the American people will continue. You no longer have to be poor, black or guilty to be treated like a criminal in America. As a de facto member of this so-called criminal class, every U.S. citizen is now guilty until proven innocent.

Government corruption will continue. Our so-called government representatives do not actually represent us, the citizenry. We are now ruled by an oligarchic elite of governmental and corporate interests whose main interest is in perpetuating power and control.

The rise of the surveillance state will continue. Coupled with the nation’s growing network of real-time surveillance cameras and facial recognition software, soon there really will be nowhere to run and nowhere to hide.

Government tyranny under the reign of an Imperial President will continue. More than terrorism, more than domestic extremism, more than gun violence and organized crime, the U.S. government has become a greater menace to the life, liberty, and property of its citizens than any of the so-called dangers from which the government claims to protect us. This state of affairs has become the status quo, no matter which party is in power.

The government’s manipulation of national crises in order to expand its powers will continue. Whatever the so-called threat to the nation – whether it’s civil unrest, school shootings, alleged acts of terrorism, or the threat of a global pandemic in the case of COVID-19 – the government has a tendency to capitalize on the nation’s heightened emotions, confusion, and fear as a means of extending the reach of the police state.

The bottom line is this: nothing taking place on Election Day will alleviate the suffering of the American people. Unless we do something more than vote, the government as we have come to know it – corrupt, bloated and controlled by big-money corporations, lobbyists and special interest groups – will remain unchanged. And “we the people” – overtaxed, overpoliced, overburdened by big government, underrepresented by those who should speak for us and blissfully ignorant of the prison walls closing in on us – will continue to trudge along a path of misery.

As I point out in my book Battlefield America: The War on the American People, these problems will continue to plague our nation unless and until Americans wake up to the fact that we’re the only ones who can change things for the better and then do something about it. If there is to be any hope of restoring our freedoms and reclaiming control over our government, it will rest not with the politicians but with the people themselves.

After all, indeed, the Constitution opens with those three vital words, “We the people.”

What the founders wanted us to understand is that we are the government.

There is no government without us – our sheer numbers, our muscle, our economy, our physical presence in this land. There can also be no police state – no tyranny, no routine violations of our rights without our complicity and collusion – without our turning a blind eye, shrugging our shoulders, allowing ourselves to be distracted and our civic awareness diluted.

No matter which candidate wins this election, the citizenry and those who represent us need to be held accountable to this powerful truth.

Constitutional attorney and author John W. Whitehead is founder and president of The Rutherford Institute.