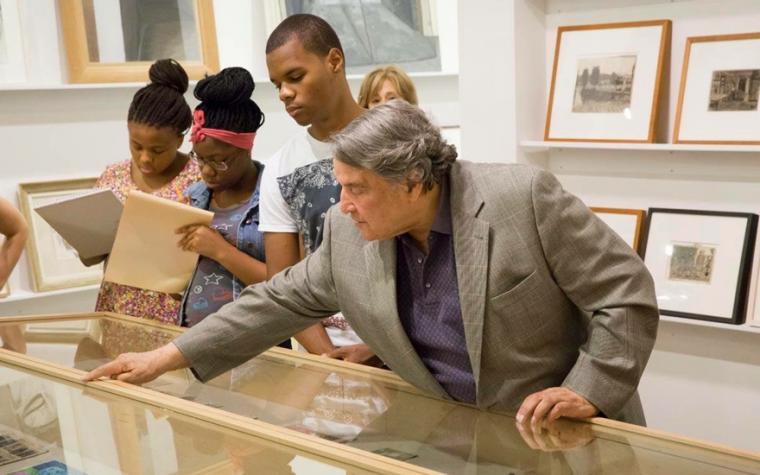 In celebration of the Figge Art Museum's 15th anniversary, the Davenport venue will be hosting an exclusive virtual tour of New York's William Louis-Dreyfus Collection on August 13, with the online events including an overview of the collection with the foundation's Christina Kee and Mary Anne Costello, as well as interviews with artists Hester Simpson and John Newman.

With over 3,500 works of art assembled by businessman and poet William Louis-Dreyfus – the late father of Emmy-winning performer Julia Louis-Dreyfus – this unique collection includes works by European, American, and international artists; well-established figures and those at the beginnings of their careers; those embraced by the mainstream; and those categorized by the term “self-taught.” Louis-Dreyfus said that art should, somehow, “be in praise of the world,” and it is clear from the stylistic range he acquired over the years that it is not the idea of technique or rendering that is being referred to, but rather an artistic attitude – that rare combination of courage and receptivity needed to translate the external world into image form. The mission of the Foundation is to educate the public about the importance of art and to increase public awareness of self-taught and emerging artists, and it also intends to benefit other specific educational purposes when it sells select pieces from its collection, in particular the educational programs of the Harlem Children's Zone.

One of the August 13 event's interviewees, Hester Simpson has her works featured in many public collections around the country, among them the Library of Congress, and has taught at a number of institutions including Parsons School of Design in New York, the School of the Art Institute of Chicago, and Tyler School of Art in Philadelphia. Composing small-scale paintings in acrylic, layered color on color with a seemingly waxy patina, Simpson’s translucent fields hold geometric systems of repetition which self-destruct and re-invent themselves, veering on and off the grid in deceptively vast space.

John Newman is a New York-based artist who received his BA from Oberlin College, attended the Whitney Museum Study Program in 1972, received his MFA in 1975 from the Yale School of Art, and was a fellow at the Center for Advanced Visual Studies at MIT from 1975 to 1978. He has had over 50 one-person shows and participated in numerous group exhibitions in galleries and museums throughout the United States, Europe, and Asia. His sculpture, drawings, and prints, meanwhile, are represented in numerous public collections including the Museum of Modern Art, the Metropolitan Museum, the Whitney Museum, the Tate Modern in London, the National Gallery in Canberra, the Alberina Museum in Vienna, among many others.

The virtual tour of the William Louis-Dreyfus Collection on August 13 takes place from 5:30 to 6:30 p.m., tickets are $10 for Figge members and $15 for non-members, and advanced registration is required, with participants receiving a Zoom link to the program on the day of the event. For more information, visit FiggeArtMuseum.org.