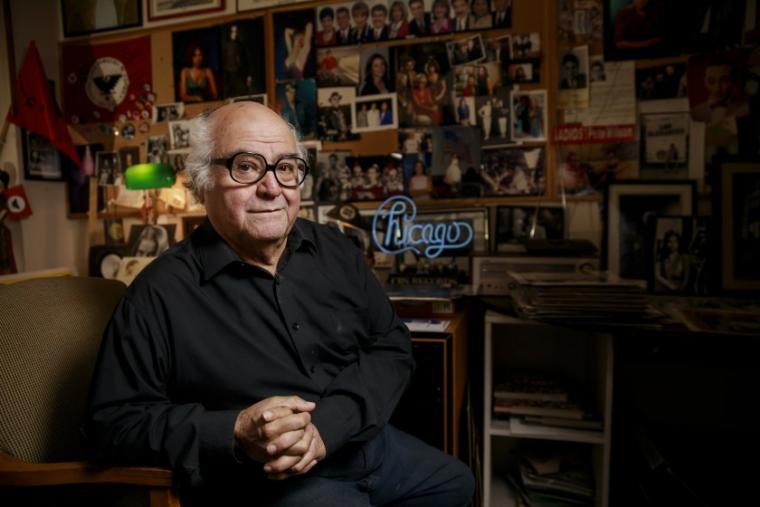 Held in conjunction with the venue's sprawling, fascinating exhibition Magnetic West: The Enduring Allure of the American West, Davenport's Figge Art Museum will host a special virtual artist talk with renowned Los Angeles photographer George Rodriguez on September 3, with the artist speaking about his nearly six-decade career photographing his city's Chicago community and celebrities of film, television, and music.

A Los Angeles native, Rodriguez’s interest in photography began while studying in high school. For his first job, Rodriguez worked in the dark room at Columbia Pictures, and eventually, he was encouraged to cover movie premieres. In the 1960s, during breaks from his studio job, Rodriguez began documenting aspects of Chicano culture including the Chicano Moratorium against the war and the rise of the United Farm Workers movement. As his career evolved, Rodriguez established his own freelance practice photographing for film studios, record labels, and magazines, all the while continuing to document life in the Latino and African American communities.

Over his career, Rodriguez has created an impressive portfolio of images which reflect his relaxed, candid style of photography, and has photographed many important events and countless legendary performers including Frank Sinatra and the hip-hop group NWA. His photographs can be found in the collections of the Smithsonian National Portrait Gallery and the Museum of Latin American Art, and Rodriguez is the 2018 recipient of the Mexican American Legal Defense and Education Fund Lifetime Achievement Award for Leadership in the Arts in recognition of his work documenting the Mexican-American experience. His work is also showcased in the 2018 book Double Vision: The Photography of George Rodriguez.

Organized by Figge Art Museum curators, Magnetic West: The Enduring Allure of the American West features over 150 photographs by some of the most renowned photographers of the 19th and 20th centuries. Picturing the west as a metaphor for promise and peril, the exhibition explores issues of identity, implications of living in a changing landscape, and the centrality of Native and immigrant communities to the essential dynamism of the region. Including images made by artists from the U.S. and abroad, the exhibition expands the dialogue of how our view of the west has evolved from the 19th century to today. Assembled from many public and private collections, Magnetic West includes important works by Robert Adams, Edward Burtynsky, Laura Gilpin, Zig Jackson, Elaine Mayes, Chandra McCormick, Cara Romero, Wendy Red Star, Victoria Sambunaris, Carleton Watkins, Wim Wenders, and many others.

The Virtual Artist Talk with George Rodriguez is free, but advance registration is required, and participants will receive an e-mail with a Zoom link two hours before the program begins at 6:30 p.m. on September 3. Magnetic West: The Enduring Allure of the American West itself will be on display through September 20, and more information on both the exhibit and its companion event is available by visiting FiggeArtMuseum.org.