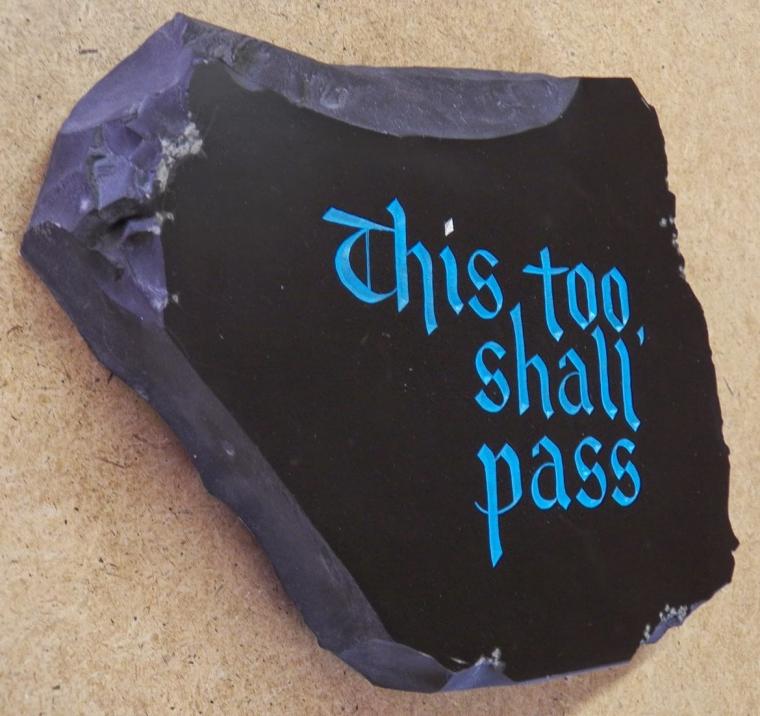 Exhibit: Friday, May 29, through Thursday, June 5

A local legend in the arts of calligraphy, lettering, and painting will have a number of his estimable works showcased in the latest Beréskin Gallery & Art Studio exhibit, with the Bettendorf venue inviting visitors to view the talents of a former St. Ambrose University instructor in Paul Herrera: Rhythm & Movement, on display from May 29 through June 25.

Herrera's calligraphy and lettering training was done exclusively with Reverend Edward M. Catich, the Roman Catholic priest, instructor, and calligrapher who taught at St. Ambrose for 40 years and is the namesake of the university's Catich Gallery. Beginning as a St. Ambrose undergraduate in 1967, and after a period of military service, Herrera worked as inscription cutter and calligraphy seminar assistant with Father Catich until the latter's passing in 1979.

“Father Catich taught Paul everything that he knew,” says gallery owner Pat Beréskin, “and Paul was the closest thing to a son to Father Catich. And so because of Paul's devotion and interest in calligraphy and learning everything about the subject, he became Father Catich's protégé. You know, some people study techniques in art through books or the Internet or whatever. This wasn't like that. This was learning cast from person to person, which is an incredible gift.”

After Father Catich's death, Herrera was invited to teach his mentor's classes at St. Ambrose, and continued to until 1989. During that time, Herrera also served as a faculty member of five international calligraphy conventions, including “The Calligraphy Connection” at St. John’s University in Minnesota in 1981 and 1984; “The California Experience” at Scripps College in Claremont, California in 1985, and “Calligraphy Northwest” at the University of Portland, Oregon in 1987. 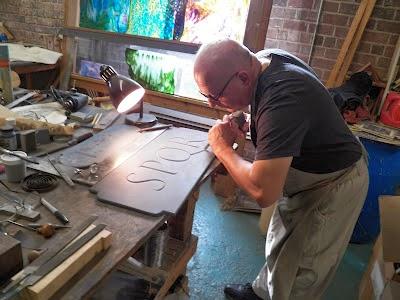 During his 40-year career, Herrera has conducted numerous lettering seminars for calligraphy organizations throughout the Midwest and Canada, continuing his inscription work for Wichita State University and an architectural firm in Chicago as well as individual clients. He was also a watercolor and calligraphy instructor at the former Davenport Municipal Art Gallery from 1973 to 1984 and retired from civil service in January of 2009, now working full-time in his studio and offering workshops in calligraphy.

His new exhibition Rhythm & Movement, says Beréskin, will feature “calligraphy and paintings – a little bit of both. And we're going to have some of his slate pieces, because Paul does calligraphy he carves into slate, which is really incredible. There's one piece that says 'This Too Shall Pass,' and I feel like that should be the anchor piece for the show. So we'll have those pieces as well as some hand-calligraphied ink and watercolor, and then he has some additional watercolors. It's a little bit of everything.

“When you see some of these pieces,” she adds, “it's like it defies understanding. When you watch someone calligraphy, yes, you understand how the mechanics of it work. But when you see it in slate, that's a whole different thing. And I feel like it's almost timely to have this exhibition now. You have people who are focusing on what kind of artwork can be done during the virus, and this has been a classic form of art that is tried and true, and is what's carrying him – as well as his students and devotees – into the next generation.” 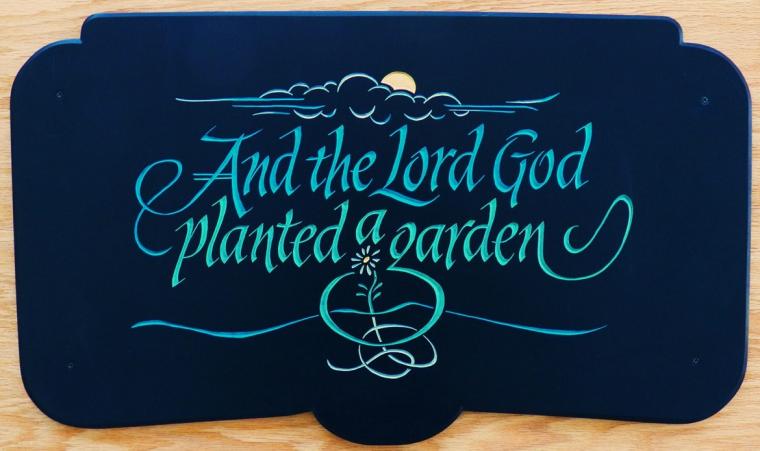 An opening reception for Paul Herrera: Rhythm & Movement will be held at the Beréskin Gallery & Art Academy from 5:30 to 7:30 p.m. on Friday, June 5. Beréskin says, “Paul's gonna have his tools and he'll do a demonstration so that people can actually see what goes into these creations.” She adds that face masks will be required for both the reception and the exhibit itself, and says that her venue will be a safe space for groups of visitors – as it was during the gallery's May 23 receptions for the exhibitions Nina Weiss: Prairie Visions and Back to the Future: A Student Exhibit.

“Because we have such a large space,” says Beréskin, “I kind of look at family units like pods. We don't mind if people stay in their own little pods as long as they're six feet away from others. I mean, if you're a mom with two little kids, you have to keep them close. So that's what we did this weekend, and everybody was so respectful about the way we had things set up, with people sanitizing their hands and wearing the masks and staying six feet apart. It's just what we have to do now – the new norm – and everyone was so cooperative about doing it.”

Regular gallery hours are Wednesdays through Saturdays from 11 a.m. to 6 p.m., and more information on the Paul Herrera: Rhythm & Movement exhibition is available by calling (563)508-4630 and visiting BereskinArtGallery.com and Facebook.com/AtomStudioGallery.