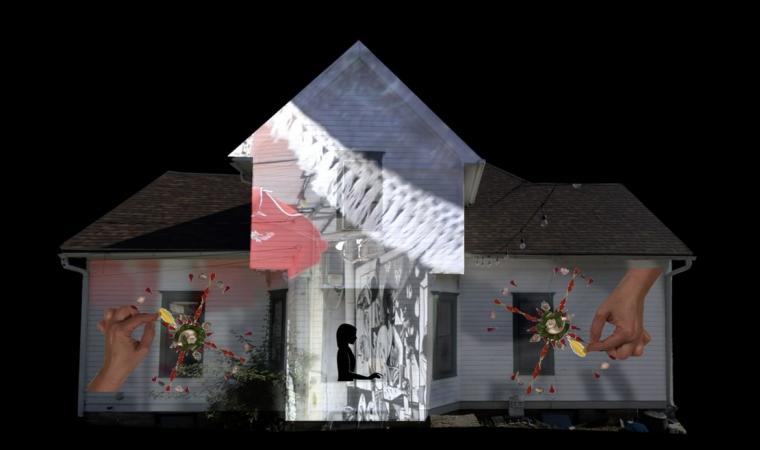 "Impermanence" in the Open Air Media Festival -- August 28 and 29

An exciting new project featuring outdoor installations of projected video art, the Open Air Media Festival will take place on August 28 and 29 in multiple locations throughout downtown Iowa City, with curator and media artist Zen Cohen working with video, new-media, and performance artists to present four site-specific projected installations and a mobile projection unit that the public will be invited to visit throughout both evenings.

The practice of intervening public spaces and architectural facades with video projections has long been used by artists from Portland to New York. It is a ready-made answer for the time of social distancing, and a desire for communal art experiences. This project transforms the city into a stage for art – illuminating new ways of experiencing cities through the act of projecting light – and acts as a forum for local artists and media makers to imagine their work outside the bounds of a gallery and reach new audiences where they are.

Using the platform and community of Public Space One to expand its audiences beyond the Northside neighborhood, the Open Art Media Festival is designed to create ephemeral events that expand the notion of public art and inspire new relationships to sound and moving images, with the participating artists in the fest including Anaïs Duplan, Jake Jones, Caitlin Mary Margarett, and the team of Dan Fine and Dana Keeton. 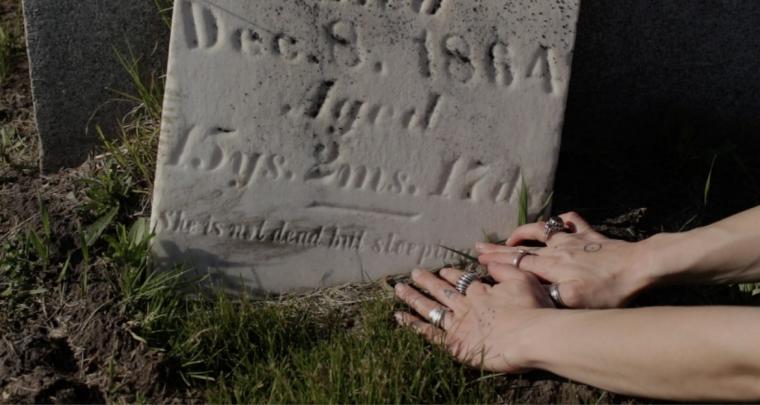 Duplan's video works have been exhibited by Flux Factory, Daata Editions, the 13th Baltic Triennial in Lithuania, Mathew Gallery, NeueHouse, the Paseo Project, and will be exhibited at the Institute of Contemporary Art in L.A in 2021. As an independent curator, he has facilitated curatorial projects in Chicago, Boston, Santa Fe, and Reykjavík, and was a 2017-2019 joint Public Programs fellow at the Museum of Modern Art and the Studio Museum in Harlem. Jones is a third-year MFA student in Intermedia at the University of Iowa, and creates art that moves between performance, video, and sound art contexts. Jones' research interests include experimental radio, sound as a community-building device, and queer identity.

Margarett, over the past year, has had her work has been shown throughout the Midwest, at Louisiana State University for the Queeramics Symposium, and in Ceramics Monthly, Emergency Index V. 8, and Aesthetica Magazine. She is currently preparing for her research trip and solo show in Berlin, and lives and works in Cedar Rapids. And Fine and Keeton combine live mandala creation, projection mapping, real-time video, and music by percussion ensemble Loop 2.4.3. for their 20-minute performance Impermanence. Informed by our shared experiences during the pandemic, Impermanence contemplates cycles of change, repetition, creation, destruction, loss and regeneration.

The August 28 and 29 Open Air Media Festival, with projects running throughout both evenings, will take place at fixed locations in downtown Iowa City – Public Space One (229 North Gilbert Street), Iowa City Press Co-op (225 North Gilbert Street), and Media Arts Co-op (206 Lafayette Street) – with works also shown in the alley between Dubuque and Linn Streets. In consideration of COVID-19, organizers ask that patrons follow Iowa City’s mandate of wearing a mask in public while also maintaining a six-foot distance from others, as well as the artists. The sonic component for each installation will also be broadcast over radio station KRUI throughout the weekend program, creating safe viewing opportunities from vehicles.