“Figuratively Drawn: Works from the Figge Collection,” April 13 through April 19 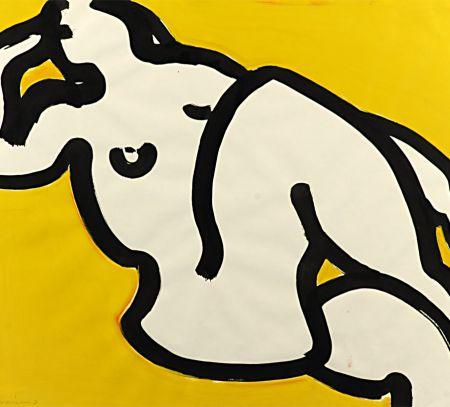 Nicholas Marsicano's "Untitled #15A" in the Figge Art Museum's “Figuratively Drawn: Works from the Figge Collection" -- April 13 through April 19.

Drawing from the human figure has long been part of the traditional training for artists, and in the Figge Art Museum's fascinating new exhibition Figuratively Drawn: Works from the Figge Collection, on display from April 13 through April 19, guests of the Davenport venue will explore the infinitely varied ways that the body can be portrayed by artists who use the human form as a jumping-off point and drawing as their medium.

The Figge's exhibit boasts works pulled from the museum's vast collection, and as stated in the museum's introduction to Figuratively Drawn, “Drawing from a live model presents a specific set of challenges for artists. No matter how skilled a model is, after hours of holding a pose, their posture will inevitably change. Adding to that difficulty, the human body is made up of a complex combination of bone, muscle, and flesh, which must be understood from the inside out in order to accurately render its contours. Due to these unique challenges, figure drawing is often stressed in art education as a way of mastering drawing techniques like sighting, contour, and hatching, which can then be applied to any kind of drawing. It is perhaps because of this tradition that many of the artists included in this exhibition were or are longtime university faculty, passing on what they have learned from years of drawing to the next generation.

“When drawing from the figure, it is not always just a likeness that artists are after, but also a sense of the inner life of the sitter. The challenge becomes representing a sentient person with a complex internal dialogue rather than a vacant form. This dialogue is often revealed through the subject's eyes. According to studies done by the Department of Psychology at the Catholic University of the Sacred Heart in Milan, viewers will instinctively look for figures in works of art, and within the figure, the eyes are most likely to pull our gaze. Viewers' instinctual drive to seek out the figure in works of art clarifies why the human form has been a source of inspiration for so many artists.”