"Sky Weave" and "The Set Table: Forks on the Left, Metaphors on the Right," October 18 through December 6 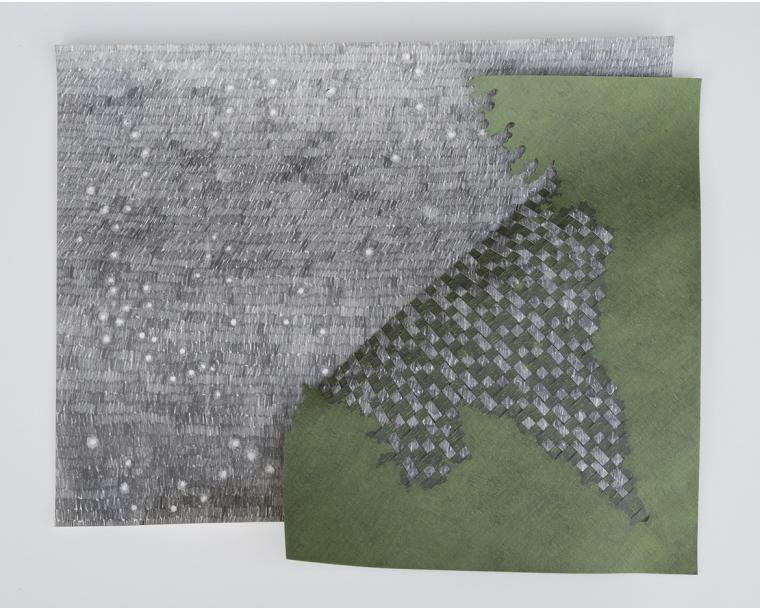 Emily Newman's "Through the Trees" at the Quad City Arts Center Gallery -- October 18 through December 6.

Drawings and photographs by a pair of gifted Midwestern artists will fill the Quad City Arts Center Gallery from October 18 through December 6, with the Rock Island venue housing the exhibits Sky Weave, featuring new works by Des Moines' Emily Newman, and The Set Table: Forks on the Left, Metaphors on the Right, boasting the talents of Muscatine-based photographer Randy Richmond.

Newman, an assistant professor in the art department of Drake University, received her M.F.A. from the University of Nebraska Lincoln and her B.F.A. from Syracuse University, and her work has recently been shown regionally in the 61st Juried Exhibition at Iowa's Sioux City Arts Center and nationally at Massachusetts' Attleboro Art Museum. Her artwork has also been selected for the North American Graduate Art Survey at the University of Minnesota, for show in the Wood's Gallery at the University of Alabama, and in a number of other group exhibitions around the country. At Drake University, Newman currently instructs Beginning Drawing, Three-Dimensional Design, and Introduction to Art for Non-Majors, and her work deals with time and space as she makes contrasts in her art between small woven landscapes and outer space. The artist choses to explore pictorial space and actual space through various fiber compositions, and in Sky Weave, and uses the compositions as a metaphor to connect people to a place.

According to Newman's Drake.edu biography, “Visual experiences that give a moment of spatial unease, a second thought, or a missed perception, become the details from daily experience Emily uses to create sculptures, drawings and photographs. Each artwork examines problems that persist within her visual reality whether that reality is physical or psychological. Through the forms of substitution and illusion, Emily investigates the power of materials and representational imagery. Her work relies heavily on the simulation of a specific place or thing, while questioning the existence of its physical space as an object and its definition as an image.” 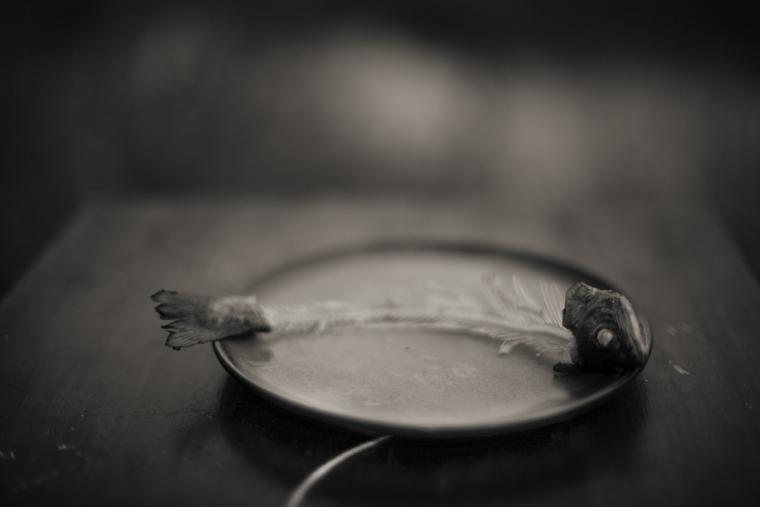 Richmond's new exhibit The Set Table: Forks on the Left, Metaphors on the Right is composed of photographic “sketches” that come from the creative process he uses to arrive at his “Nature Morte” images. In order to work out the relationships between objects, Richmond creates still-life scenarios indoors before taking them outside to photograph during the last light of the day. The making of these images is integral to Richmond's creative process, and illustrates that no matter how much technology is introduced into the medium of photography, there is more to creating a compelling image then pushing a button.

Stretching the edges of the photographic image to tell a story has been the focus of Richmond's work since his student days at the University of Iowa. Richmond has shown his work in numerous solo, group, invitational, and juried exhibits nationally and internationally, and his interpretation of environmental issues has been the focus of special exhibits created for the Door County Land Trust, the Keeweenaw Land Trust, and the Iowa Natural Heritage Foundation. His work is in permanent collections of the Center For Fine Art Photography in Fort Collins, Colorado; Kishwaukee College in Malta, Illinois; Project Art of the University of Iowa Hospitals and Clinics; and Davenport's St. Ambrose University, where Richmond teaches photography as an adjunct instructor. Richmond's exhibition Verisimilitude is also currently on display at Davenport's Figge Art Museum.

An opening reception for Emily Newman's Sky Weave and Randy Richmond's The Set Table: Forks on the Left, Metaphors on the Right will take place at the Quad City Arts Center Gallery from 7 to 9 p.m. on October 18, and the exhibits will be on display from October 18 through December 6, with regular gallery hours Tuesdays through Fridays from 10 a.m. to 5 p.m. and Saturdays from 11 a.m. to 5 p.m. Admission is free, and more information is available by calling (309)793-1213 or visiting QuadCityArts.com.