Art in Plain Sight: Cassini on the Harbor 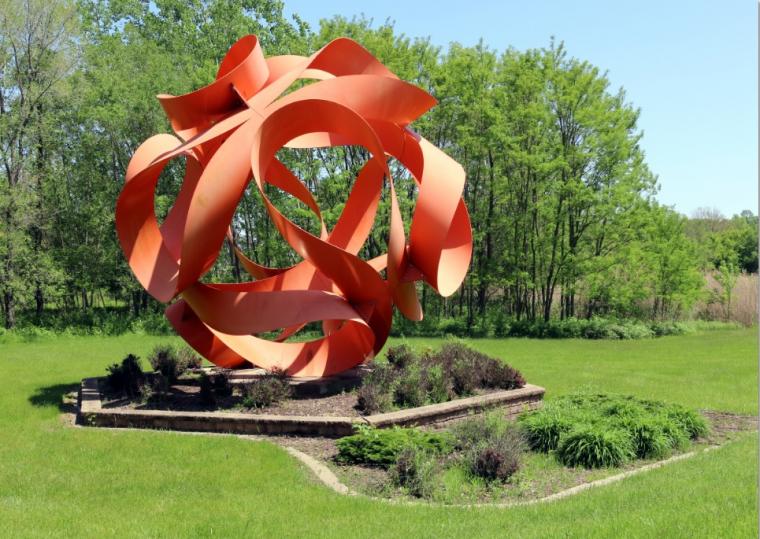 Cassini stands in isolation in a wooded area on Beacon Harbor Parkway in East Moline near the Mississippi River. The sculpture is approximately 20’ in height, but feels even larger when standing near it. Its mathematically-inspired forms and rhythms are hypnotic. The sculpture’s curved strips form a whole. Yet in regarding the whole, one is drawn back to its interlocking elements or to the interior space created by these forms.The artwork is named after Giovanni Domenico Cassini, the 17th Century Italian astronomer, mathematician, and engineer who discovered four moons of Saturn. He also determined the rotation periods of Mars and Jupiter, and our distance to Mars, allowing for the first estimations of the size of the solar system. A space mission launched in 1997 to explore Saturn was named after him.Cassini was created in 1975 by Charles Owen Perry (1929-2011). Born in Montana, Perry studied architecture at Yale and then worked at the firm of Skidmore, Owings, and Merrill in San Francisco until he began to create sculptures. He won the prestigious Prix de Rome in 1964 and resided in Rome for the next fourteen years, developing sculptures intuitively from the underlying mathematics in natural objects. As Perry wrote, "If you look at the infinitely small in our world or outside it to the multi-bubbled universe, there is the omnipresent thrill of the unknown and the unknowable. This is the edge of our knowledge; these are our frontiers of exploration; and everything within these borders carries its own mysteries when viewed with the same open awe." 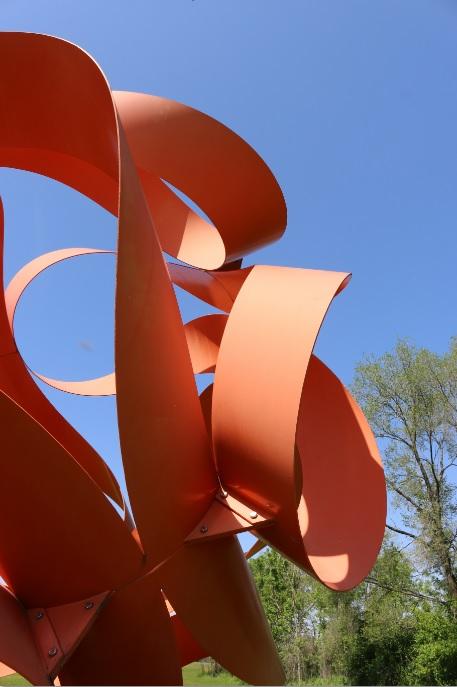 Perry also wrote, "When I set off to be an artist, I would avoid the arbitrary, esteem the orders of God in Nature, make forms that were beautiful, which appeared to have no author, forms you thought you had seen before; entwined with mathematics, geometry, topology, spinning, interlocking, always saying, Thank you, God."

The year after Cassini’s construction, Perry’s sculpture, Continuum, was installed at the Smithsonian Air and Space Museum in Washington DC. This work was based on the Mobius strip — a sense-defying continuous loop that, mathematically, has only one side and one edge — with a void in the center that represents a black hole. Other monumental works are located in Tokyo, Singapore, Sydney, Riyadh, New York, San Francisco, Los Angeles, and other major cities around the world.Cassini is installed near the John Deere Harvester Works at 1100 13th Ave, East Moline. The factory’s visitor center is visible from the sculpture’s site only if one turns from the parkway to its nearby intersection with Harvest Way. The decision to place the sculpture in a natural, rather than an industrial, setting, is important as the surrounding trees reinforce the sculpture’s underlying forms found in nature.Deere acquired the sculpture through the efforts of Rock Island architect, Italo Milani, who arranged to bring it from Northbrook, Illinois to the Quad Cities. We are fortunate that Milani persisted in bringing this work to our community; and that it was installed where it can be readily seen and experienced.