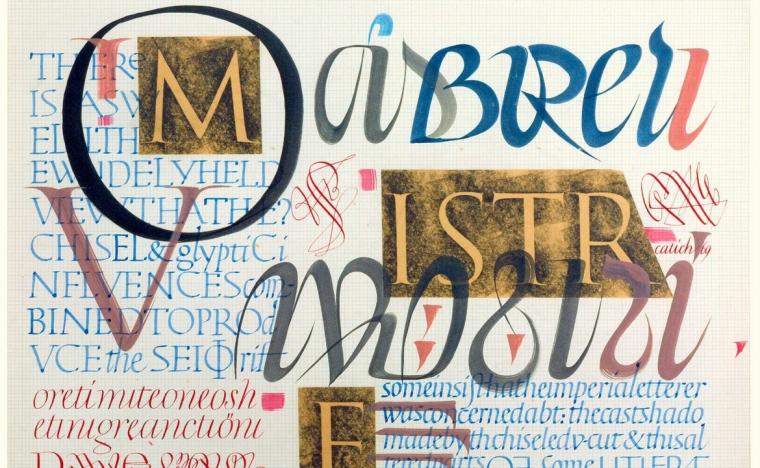 Born in Stevensville, Montana, in 1906, Catich was was orphaned at age 12 and, with his three brothers, was moved to the Mooseheart orphanage near Aurora, Illinois. Following a sign-writing apprenticeship with Walter Heberling and graduating from Mooseheart in 1924, he worked as a union sign-writer and musician in Chicago and surrounding areas. He also attended the Art Insitute of Chicago for two-and-a-half years, eventually enrolling at Davenport's St. Ambrose University in 1931 and graduating in 1934. He earned his M.A. in Art from the University of Iowa in 1935 and was awarded a four-year scholarship to the Pontifical Gregorian University in Rome, Italy by the Diocese of Davenport that same year. Catich consequently conducted intensive paleographic and epigraphic research while studying for the priesthood from 1935 until his ordination in December of 1938.

Reverend Catich returned to St. Ambrose College in 1939, where he spent 40 years teaching art, math, engineering, and music while establishing and expanding the university's art department as a permanent entity. Catich also published several books with his own Catfish Press, which he operated from his studio, and his many significant accomplishments include serving as president of the Catholic Art Association, staff consultant for Encyclopedia Britannica – he designed the encyclopedia's corporate identity symbol and bicentennial medal – and consultant for several nationally known architectural firms. St. Ambrose now holds some 4,000 of Catich's works, many from his legacy to Professor John Schmits, housed in the university's Edward M. Catich Memorial Gallery.