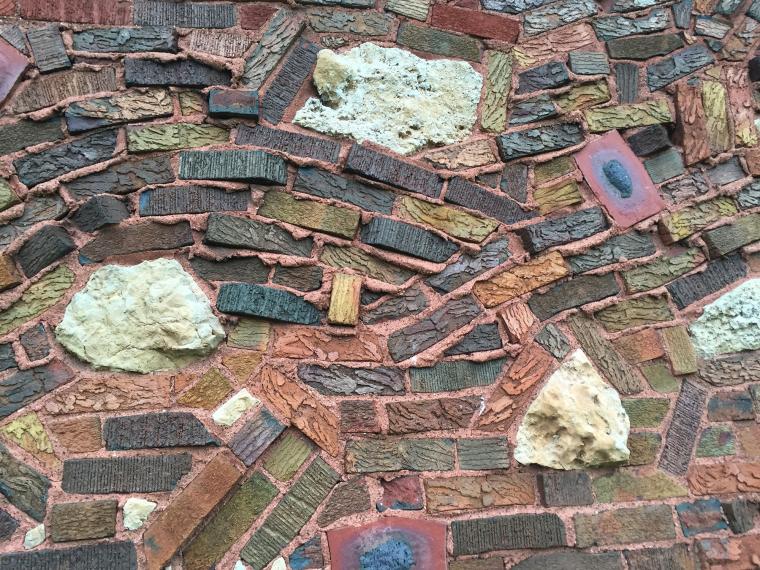 Stylistically, the Porter Building – in the Annie Wittenmyer complex at 2800 Eastern Avenue in Davenport – is an English Period Cottage. Its half-timbered frame and steep pitched gables are drawn from European medieval building techniques.

Its architectural style is fairly unusual for the Quad Cities. What really sets it apart visually, however, is its playful, creative brickwork. Regular rows of bricks give way to unorthodox coursing patterns in the middle section of the walls. Like a stream of consciousness, like the drip paintings by Jackson Pollock, the rows of bricks wrap around large stones, rise up and down in waves, then – suddenly – are stacked at odd angles.

The building was designed by Bradley Rust (1908 -2000), an Iowa City architect. It is his earliest work that still stands, and perhaps his most creative. Nearly 500 construction and remodeling projects created by Rust are maintained by the State Historical Society of Iowa in Iowa City.

There isn’t another building in the Quad Cities quite like it. Its connections to history, however, are equally unexpected. And genuinely significant. 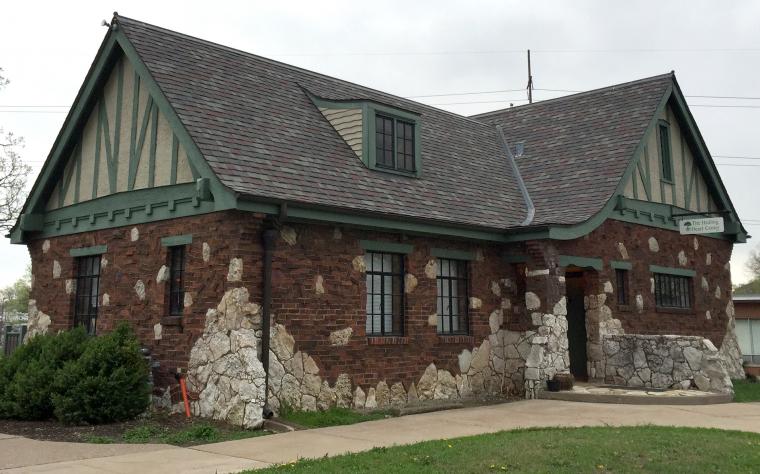 The building was completed in 1934 for use as a preschool at the Iowa Soldiers’ Orphans’ Home. It was also used by the University of Iowa for psychological testing of children three to five years old.

Beth Lucy Wellman (1895-1952) was among the team of university psychologists who conducted research on the development of children. Her comparative studies at the Orphans’ Home preschool demonstrated that a child’s IQ can be changed based on stimulation from the environment.

This may not strike us, now, as revolutionary. In the 1930s, however, this finding shook the world of psychology; the study stood in direct contrast to prevailing scientific and societal attitudes. A 1937 Fortune magazine poll, for example, found that two of three respondents supported eugenic sterilization of “mental defectives,” and 63 percent supported sterilization of criminals.

Wellman’s landmark findings were the spark that led to the development of programs such as Head Start (established in 1964) and Home Start (1972). Her studies also helped shape the educational models for daycare and the early education of children with learning disabilities. 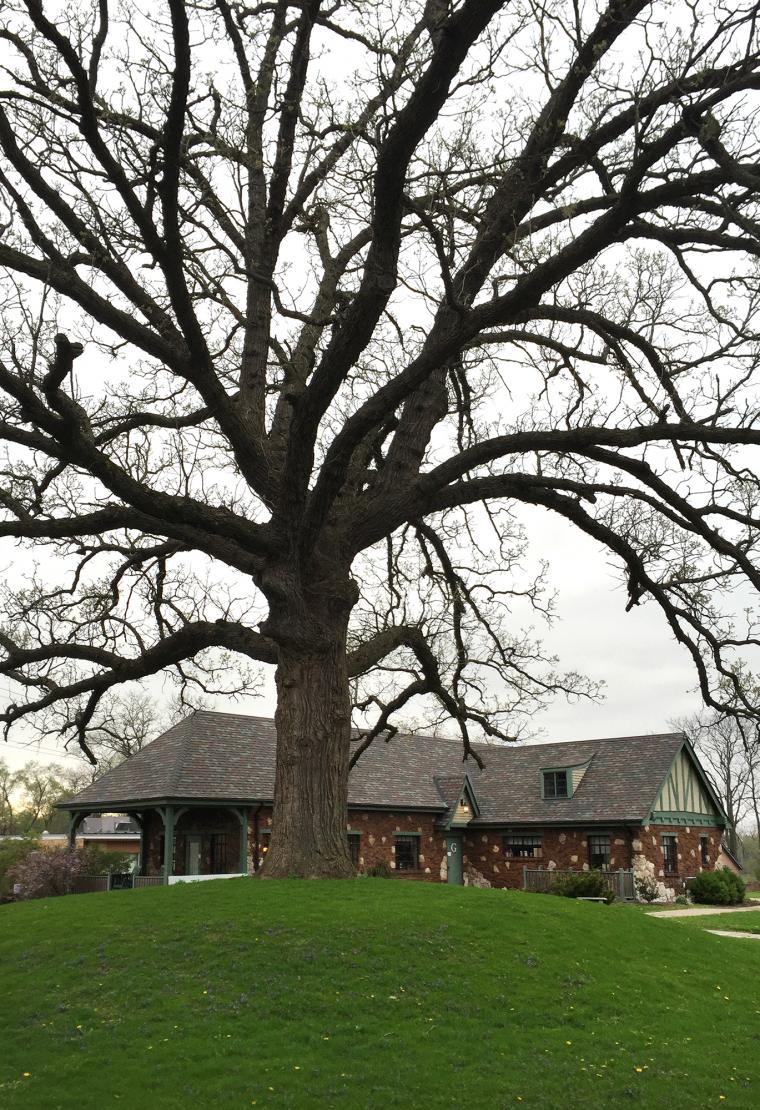 The preschool had an adjacent playground enclosed by a picket fence. One of the features of this play area was a four-foot-high grassy mound with a large oak tree at its center.

When this 50-foot diameter circular mound was excavated in 2003, it was determined to be a burial mound from the early to middle Woodland period, 800 BC to 400 AD.

Through art, we can connect with people from distant times and places. The people who created this and other geometric earthen mounds may not have considered them “art,” but like the cave paintings discovered in the past century, they are the surviving physical expressions of a culture that no longer exists.

Architecturally, the Porter House connects us with medieval Europe. The earthen mound connects us with an even more ancient people. Beth Wellman’s studies continue to impact the present and – through the enriched lives of children– the future. 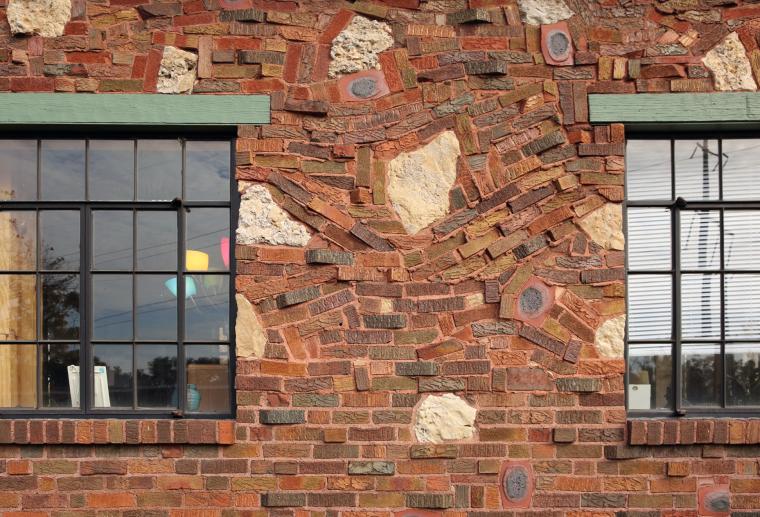