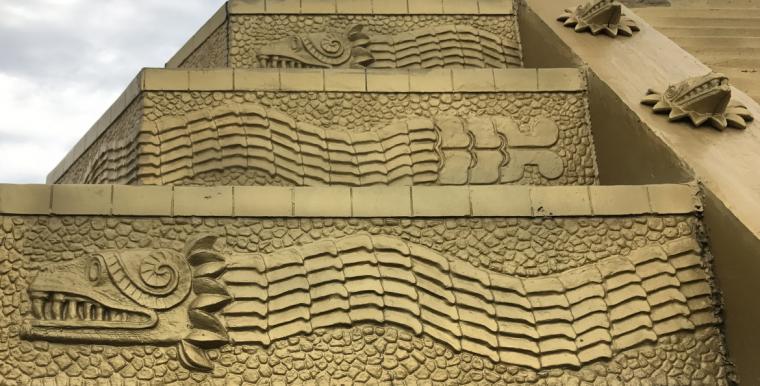 The design for the Hero Street Monument came to artist Sonny Soliz in a dream. Not simply as a concept, but, as he said in an interview, as a completed monument that looks exactly as he dreamed it.

The Hero Street monument is at the corner of First Avenue and Hero Street in Silvis. Weighing more than 35 tons and rising more than 17 feet high, it is simultaneously massive and reaches aspirationally upward.

An inscription prominently placed on its base begins with the words “This monument represents the ideals of duty, honor and country as exemplified by military service.” The base also has sculptural reliefs of eight men who “gave the supreme sacrifice during World War II and the Korean War.”

A step pyramid base, inspired by ancient pyramids near Mexico City, rises from this base. The pyramid’s three tiers depict Aztec feathered serpents in full-body profiles and sculptural heads. Combining the feathers of a bird and a serpent, this symbol represents both spiritual flight and the grounded rhythms and cycles of nature. 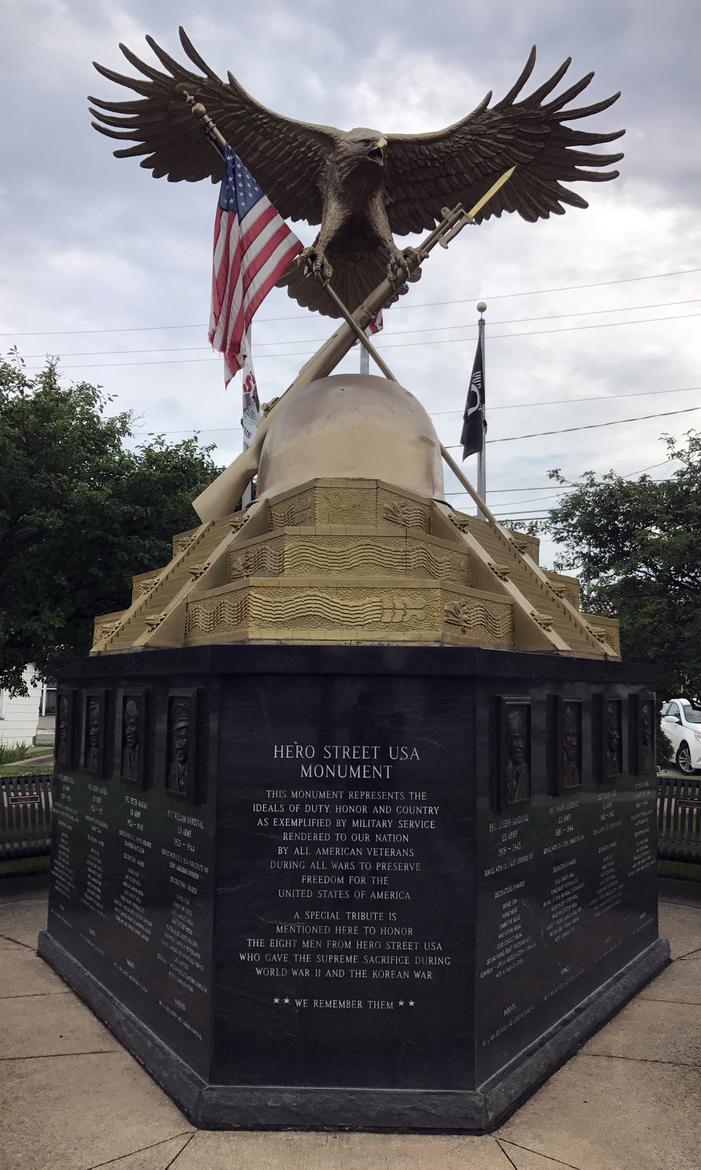 At the monument’s apex, high over our heads, is a bronze bald eagle with magnificent spread wings that holds an American flag and Garand rifle in its talons. It is the visual focus of the monument. Similar to the feathered serpent symbol, the monument rises on the eagle’s wings, yet is grounded by its massive base.

Guadalupe Diaz and Pedro Rodriguez were the monument’s sculptors. Jim Anderson sculptured the portraits on the base.

The monument is dedicated to all American veterans. Yet it also honors the heroes and their families who immigrated to Silvis during the Mexican Revolution (1910-20). They lived in railroad boxcars with no electricity or indoor plumbing before being moved to Second Street – an unpaved street only a block and half in length. During World War II and the Korean War, more than 100 men from this small street entered military service. Eight of these men were killed in service, each receiving a Purple Heart; six were awarded a Bronze or Silver Star. 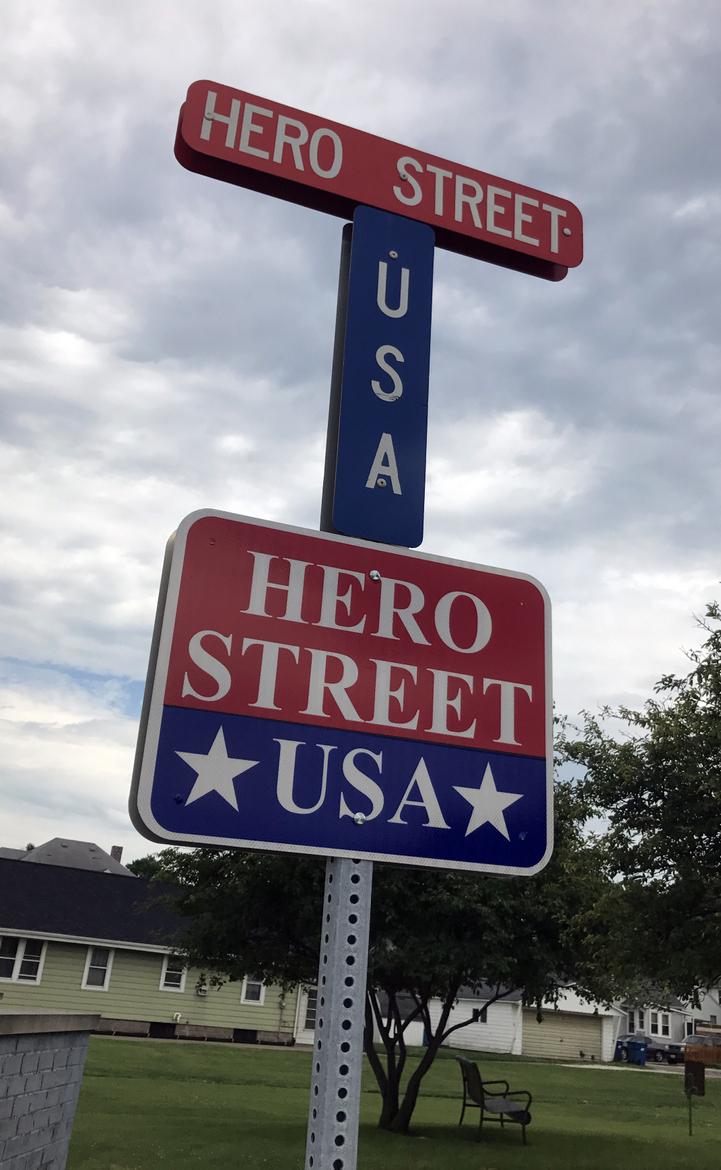 Sonny Soliz grew up on Second Street along with the honored eight soldiers. Among them was Sonny’s uncle, Claro Soliz, who was killed in action in Belgium in 1945 during the Battle of the Bulge.

Sonny served in the U.S. Air Force from 1952-1956. In 1960, he received his bachelor's degree in Art at St. Ambrose University, where he studied with – and was inspired by – Father Catich. In 1974, he earned his master's degree from Western Illinois University. He taught art at Silvis Junior High for 25 years.

Second Street was renamed Hero Street in 1969. The monument was dedicated on October 6, 2007, more than 50 years after the end of the Korean War, and more than a decade after Sonny’s dream.

A dream is intangible. Fleeting. But a dream was the spark that created this monument that brims with pride in America and in the Mexican heritage of the servicemen who gave their lives to defend our country.